I’ve recently taken up baking, and one of the first things you’re supposed to learn when using eggs is how to tell whether or not they’re still edible or ripe for a chucking. Just drop them in a bowl of water and, if they float, they’ve gone off. But if they sink straight to the bottom, crack those bad boys (eggs) open and get mixing! This isn’t quite how it works with the Chinese delicacy that is century egg, however… 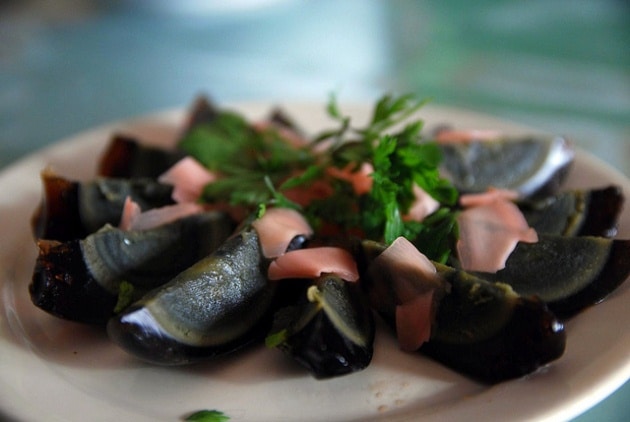 Century eggs go by many other different names, including hundred-year egg, thousand-year egg, millennium egg or pidan (which is Chinese for “preserved egg”). All those names should give you an indication that, when it comes to century eggs, freshness is most definitely not a concern! 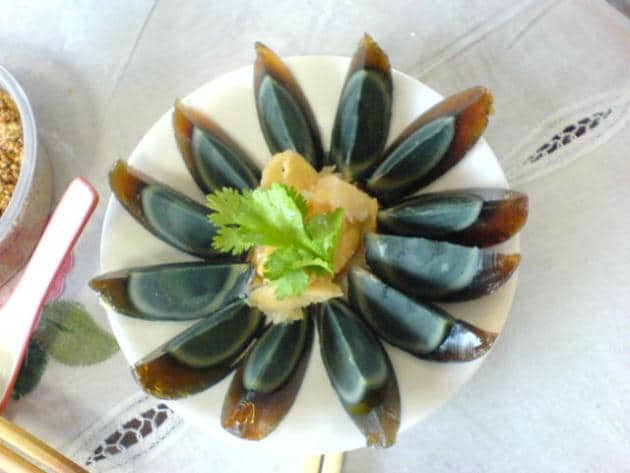 Whatever you want to call century eggs, they’re prepared by taking duck, chicken or quail eggs, covering them with a mixture of clay, ash, salt, quicklime and rice hulls, and storing them away somewhere for several weeks or months! 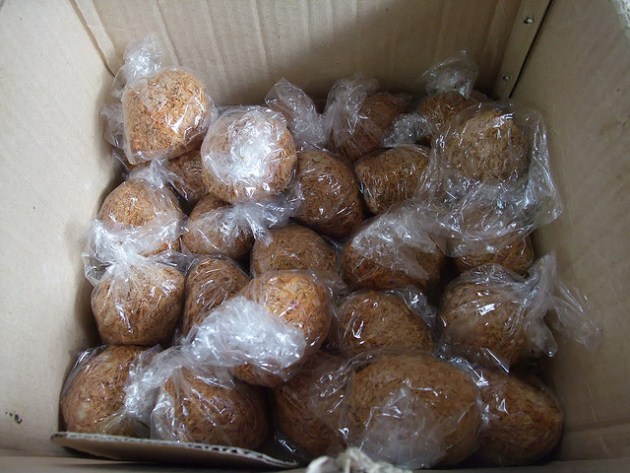 While encased in the mixture, the egg yolk turns a dark green to grey colour and develops a creamy consistency… As well as turning such a lovely colour inside, the century eggs also develop a lovely scent to match; the smell of sulphur and ammonia, apparently! Despite the unattractive look and smell, the maturation process is supposed to produce a range of intense flavours. 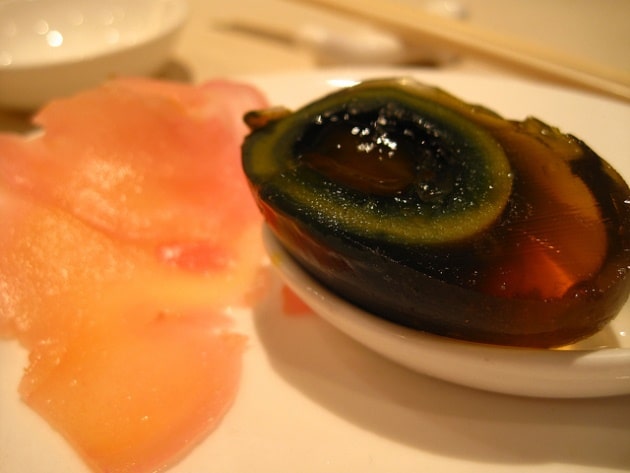 The century egg was originally discovered around 600 years ago, in Hunan during the Ming Dynasty. According to the story, a man found duck eggs in a shallow pool of slaked lime which he was using for the construction of his home two months before. He tasted the eggs (as you do) and decided to produce more of them, adding a little salt to improve the taste.
I think I would’ve just left the eggs there, personally… 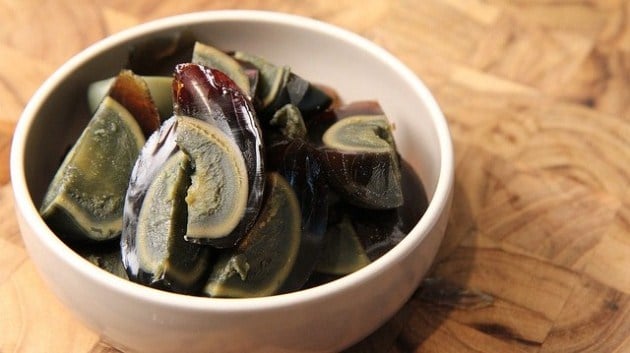 Have you been brave enough to try a century egg? If so, what did you think of them? And do they taste nearly as bad as they sound and look!?

Don’t forget to arrange your travel insurance before you head to China and try these.