Home » Blog » Cheese from around the world

Home » Blog » Cheese from around the world

Cheese is a nutritious food made mostly from the milk of cows, but it can also be produced by other mammals, too, such as sheep, goats, buffalo, reindeer, camels and yaks. Around 4,000 years ago, people started to breed animals and process their milk, and that’s when cheese was born.

It’s one of the most versatile foods around and can be used as a starter, a main course or as a dessert, which is why it’s so unique and a staple of diets around the world. Whether your love of cheese only extends to a mild cheddar or you’re a cheese connoisseur, you might want to look out for these cheeses on your travels. You never know, you may expand your taste buds and discover a maggot-ridden fromage to adorn your pizza instead of traditional mozzarella!

Pule | The world’s most expensive cheese 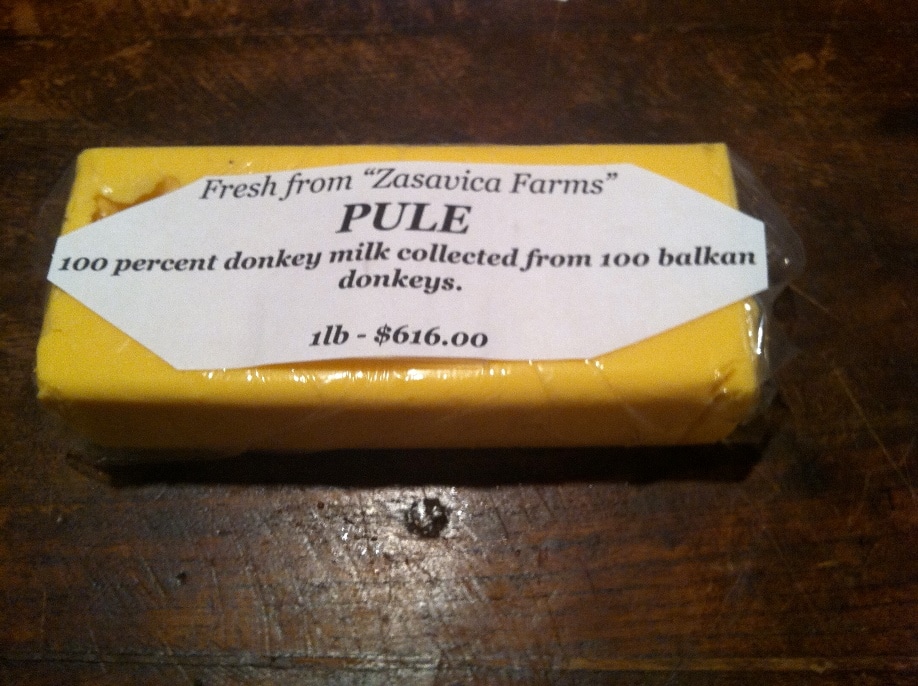 Think camembert is pricey? You really have to fork out the cash to stick a fork in pule, which is a cheese made from the milk of Balkan donkeys from Serbia. A distinctive dairy product of Serbian cuisine, pule is reportedly the “world’s most expensive cheese”, fetching €1,000 per kilo. 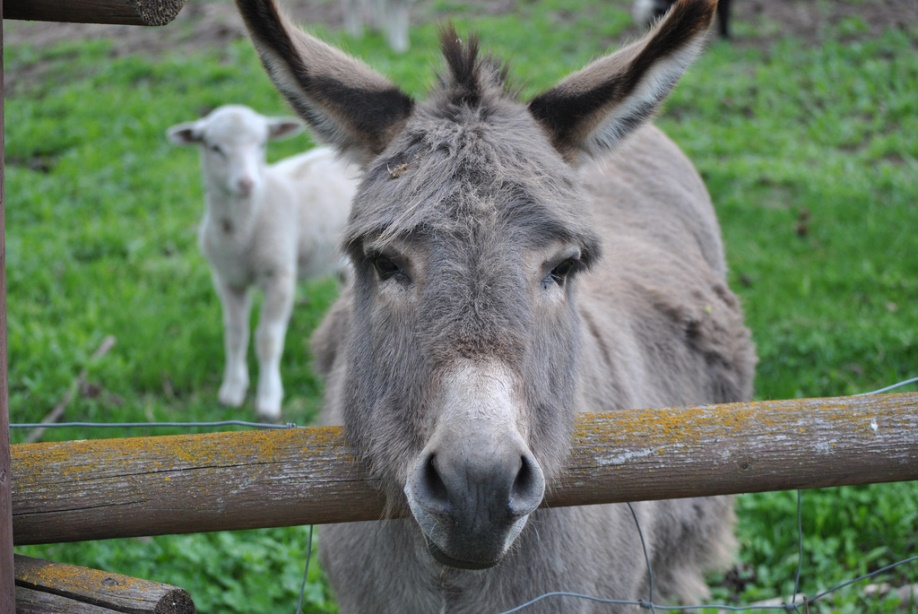 The reason it’s so expensive is that it’s so rare! There are only about 100 jennies (female donkeys) that are milked purely for pule-making. Each jenny must be hand-milked three times a day and it takes 25 litres of milk to create one kilogram of cheese, which is then smoked. Since the female donkey can only produce 20 litres of milk a year, a Serbian donkey can make more money than a young Serbian doctor!

It’s not enough that donkey milk is costly; only one farm in the world milks donkeys for cheese. As a result, only a lucky few have had donkey cheese grace their palates.

Editor’s note: Pule cheese might be expensive, but clearly not too expensive for Wimbledon champion Novak Djokovic. He bought the entire annual production of the cheese in 2012 for a chain of restaurants he was opening in Serbia! 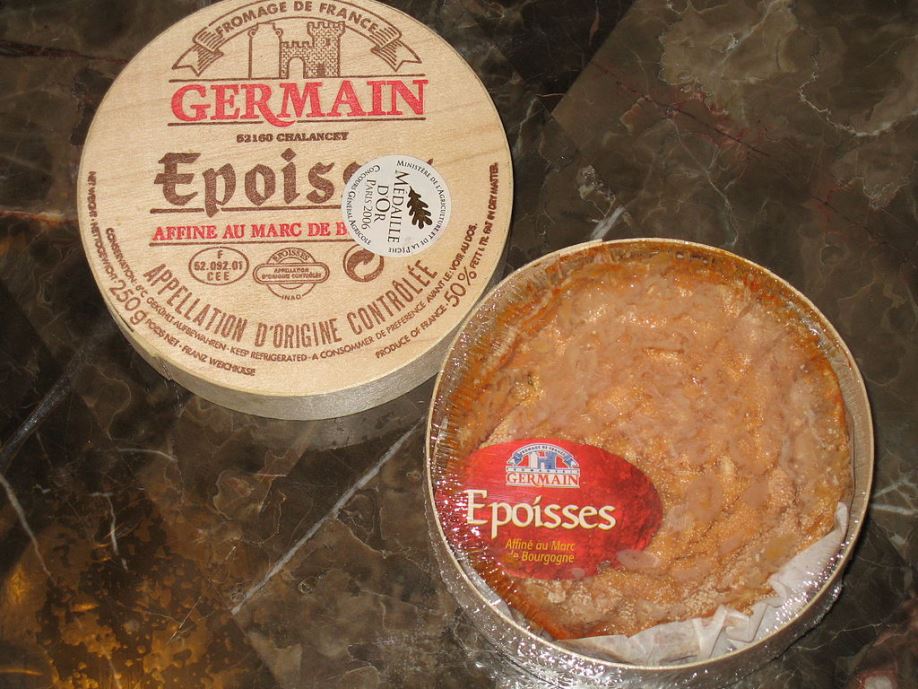 If you fancy trying this smelly French cheese, you may need to hold your nose. This spicy and powerfully stinky cheese is made in the village of Époisses in France. It is a foul-smelling, unpasteurised cows-milk cheese which has been smear-ripened with local brandy and has a distinctive soft red-orange colour. Sold in a circular wooden box, restaurants usually serve this pongy treat on a spoon due to its extremely soft texture. 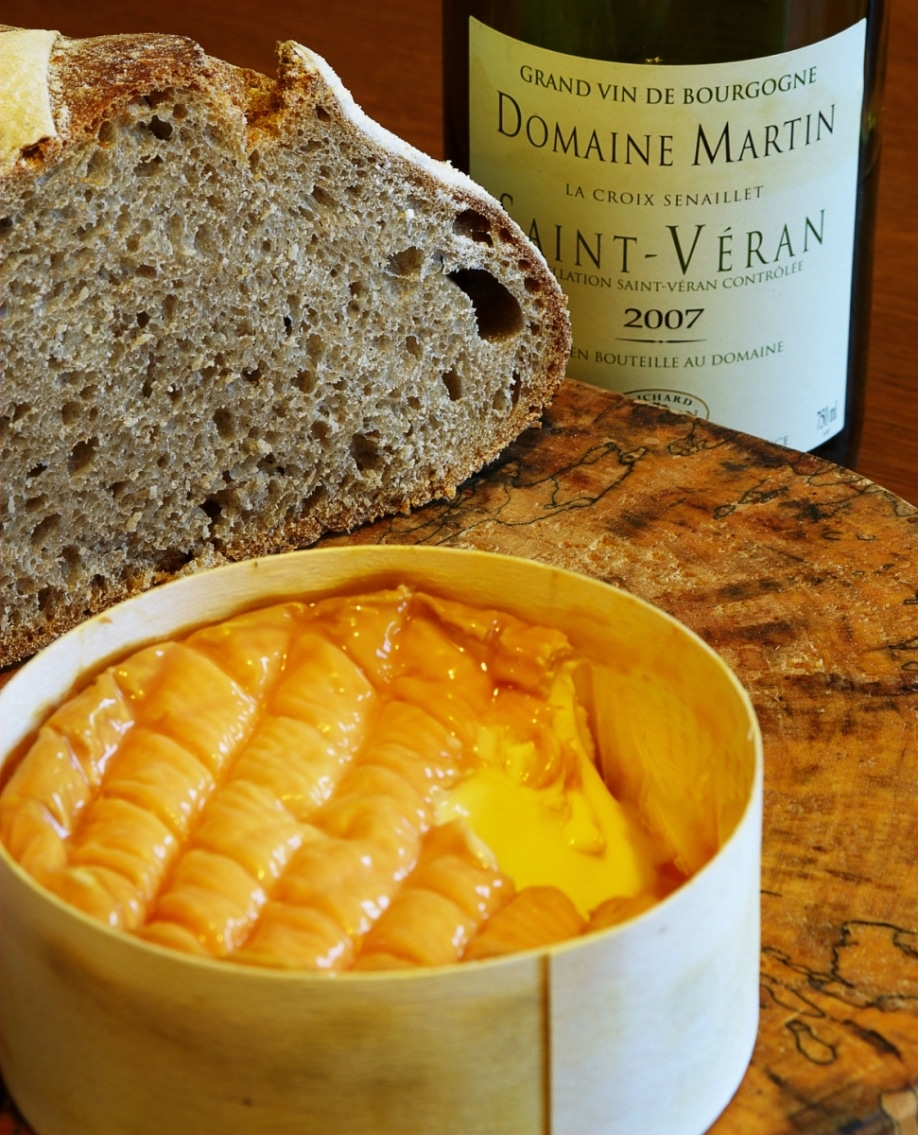 Although popular at the start of the 20th century, with over 300 farms manufacturing the cheese, production had all but died out by the end of WWII. The cheese was then brought back to life in 1956 by a pair of farmers, which then lead to its new found popularity once again.

Casu marzu | The cheese made with jumping maggots 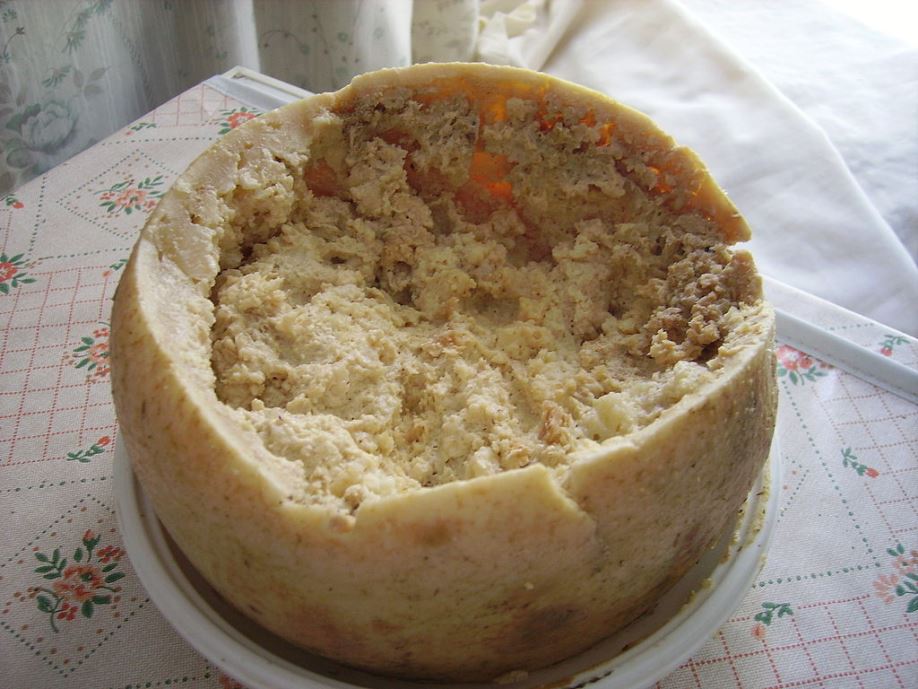 If red leicester and brie aren’t exciting enough for you, how about this delicious maggot infested dairy creation? Derived from pecorino, and popular on the Italian island of Sardinia, casu marzu literally means “rotten cheese” and is made from sheep’s milk.

This foul cheese goes beyond typical fermentation to a stage most would consider decomposition! This is brought about by the introduction of cheese fly larvae that begin to eat through the cheese. The acid from the maggots’ digestive system then breaks down the cheese’s fats, making the texture very soft.

By consumption time, casu marzu contains thousands of larvae. Some choose to remove the maggots before eating the cheese, while others do not. It’s purely a matter of taste! Diners who choose to consume the larvae must cover the cheese with a hand; if disturbed, the larvae can jump as high as six inches! It is considered by locals that once the larvae die, the cheese is unsafe to eat. Mmmm, yummy… 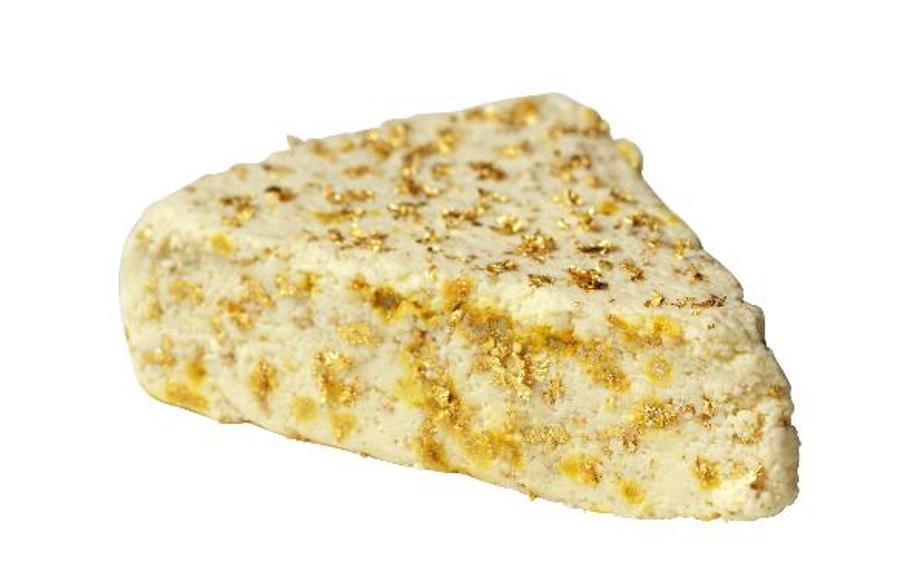 Considered one of the best British cheeses and worthy of a sonnet, stilton is a quintessential English cheese. It’s suitable not only for celebrations, but also to perk up every day dishes. Stilton can only be produced in the three counties of Derbyshire, Nottinghamshire and Leicestershire. This particularly extravagant edition is made from premium white stilton shot-through with a combination of real edible gold leaf and real gold liqueur.

Its creators say it is Britain’s “blingiest” cheese, 67-times more pricey than regular stilton, which comes in at around 90p for 100g. At £60.87 per 100g slice, Clawson Stilton Gold is the world’s most expensive stilton and the most expensive cheese of any kind made in the UK.

Milbenkäse | The cheese made with mite excrement 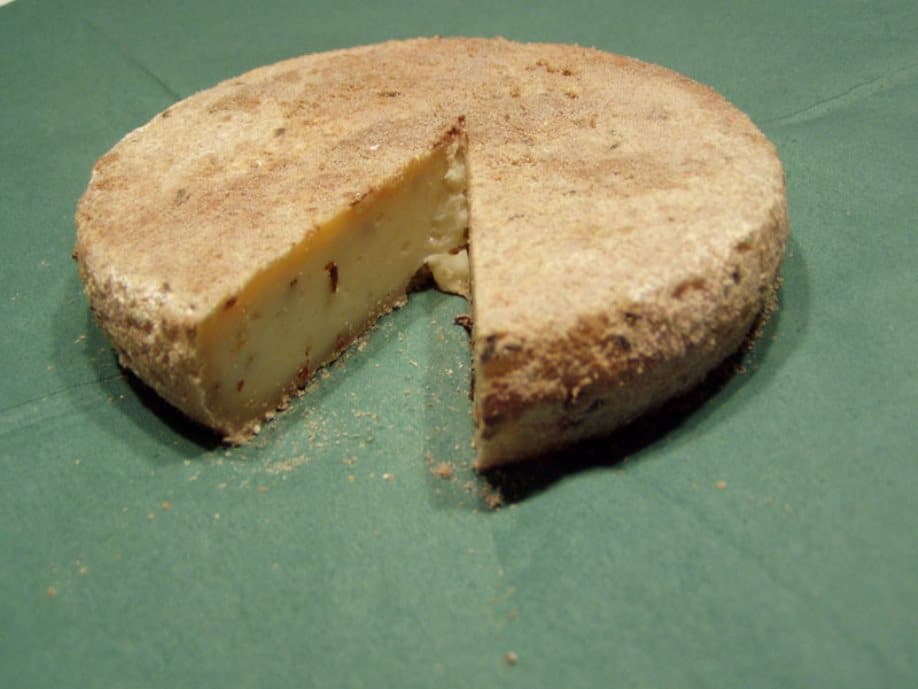 Do you fancy sharing your cheese and crackers with some crawly critters? Milbenkäse, often known as Spinnenkäse (spider cheese), is a German specialty cheese made from quark (a type of fresh dairy product) and produced using the digestive action of cheese mites. 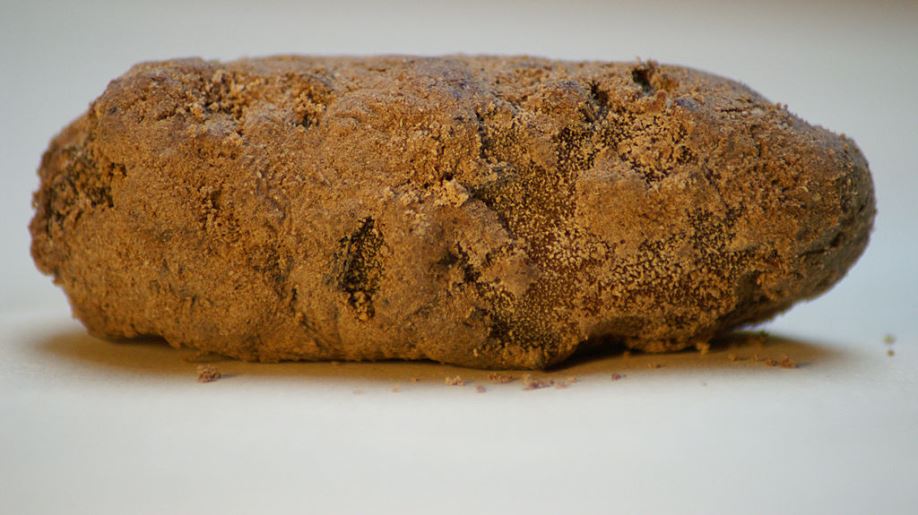 The digestive juices of the mites diffuse into the cheese and cause fermentation; flour is then added because the mites would otherwise simply eat the whole cheese instead of just nibbling away at the crust as is desired. After one month, the cheese rind turns yellow; after three months, reddish-brown. Some producers allow the cheese to ripen for up to one year, until it has turned black.

Historically, the cheese was produced in the Saxony-Anhalt/Thuringia border region of Zeitz and Altenburg districts; today, it is produced exclusively in the village of Würchwitz. The traditional method of Milbenkäse making was all but lost by 1970, however it was subsequently revived and a memorial was later erected at Würchwitz to celebrate the renaissance of Milbenkäse production. The rear side of the memorial is hollow and is regularly stocked with small bits of Milbenkäse for passersby and tourists to try. Mites clinging to the cheese rind are consumed along with the cheese.

Halloumi | The cheese that doesn’t melt 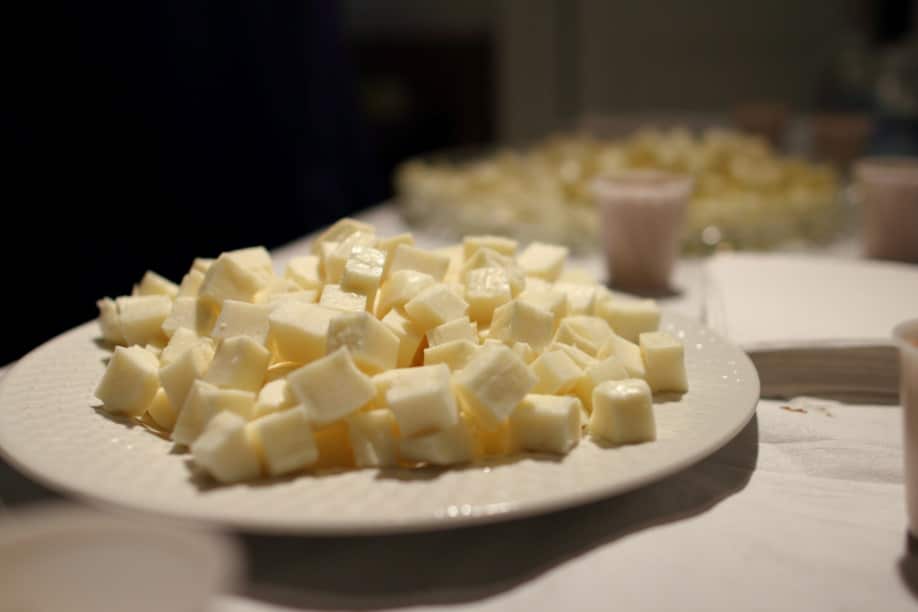 One of my favourite cheeses, halloumi originates from Cyprus and was initially made during the Medieval Byzantine period. Similar to mozzarella in texture and salty in flavour, it is stored in its natural juices and can keep up to a year. Since the cheese has a high melting point, it can be easily fried or grilled, and its firm texture when cooked causes it to squeak on the teeth when being chewed. 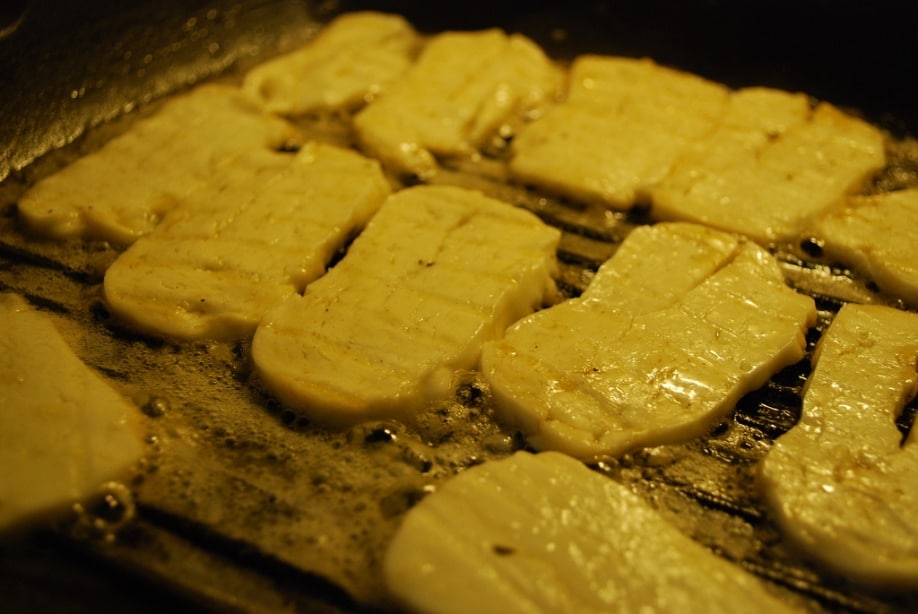 Halloumi’s unusualness lies in the preparation of the cheese where no acid or acid-producing bacterium is required. Halloumi is generally served during the warmer months with watermelon, due to its refreshing qualities. It is an essential part of a Cyprus meze which tastes lovely when grilled, pan-fried or thinly sliced on a salad.

Vieux-Boulogne gives off such a horrendous honk, it was heralded as the world’s smelliest cheese in 2004 at Cranfield University in England. An “electronic nose” and a panel of 19 human noses deemed it the stinkiest, even beating the pungent Époisses de Bourgogne!

During production, the rind is washed with beer and its interaction with enzymes in the cheese activates the powerful smell. However, it was also found within the study that the smellier the cheese was, it did not dictate the strength or flavour. So if you can stomach the stench of this cheese long enough to sample its delicate flavour, you may find a new contender for your cheeseboard!