Home » Blog » Pizza around the world

Home » Blog » Pizza around the world

Pizza was invented in Italy, popularised in America, and Norwegians now eat more of it than anyone else. Since its origins in Naples, the food has become a global favourite with each region coming up with toppings to suit their particular taste. The standard pizza, for those who don’t know, is round and flat with cheese and tomato baked on top of a bread base (at least, the base is usually bread – vegetarians should avoid Googling “porco pizza”).
Here we take a look at some popular, and some less popular, versions of pizza from around the world. As we shall see, your Tuesday night Dominos delivery is just the tip of a very cheesy iceberg… 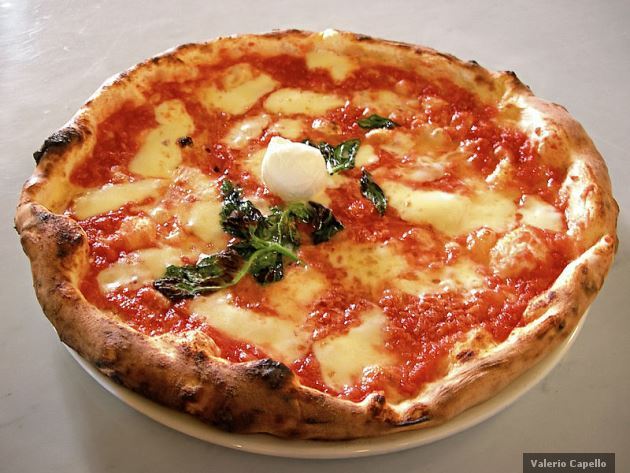 Personally, if I went into a restaurant and ordered a Neapolitan pizza, I’d expect it to have a vanilla slice, a strawberry slice and a chocolate slice. I’d be in for a disappointment though – Neapolitan pizza is the prototype for all pizza we eat today, and is cooked to very specific set of instructions. Chocolate is not allowed. 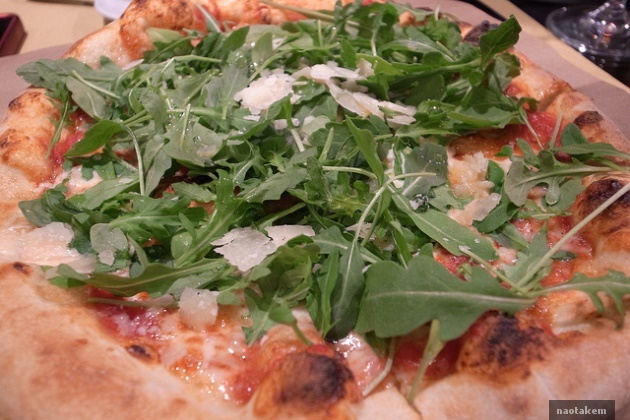 To make an authentic Neapolitan pizza, the dough must be kneaded by hand and stretched out manually, without using a rolling pin. The base must be no more than 0.12″ thick and must be baked for 60-90 seconds at precisely 485°C. If these instructions are not followed exactly, you may not call your pizza Neapolitan. Watching chefs spin pizza dough around their head always looks like a lot of fun, but following these strict rules must suck any joy out of the cooking process – it’s like a pizza recipe written by a team of tax inspectors. 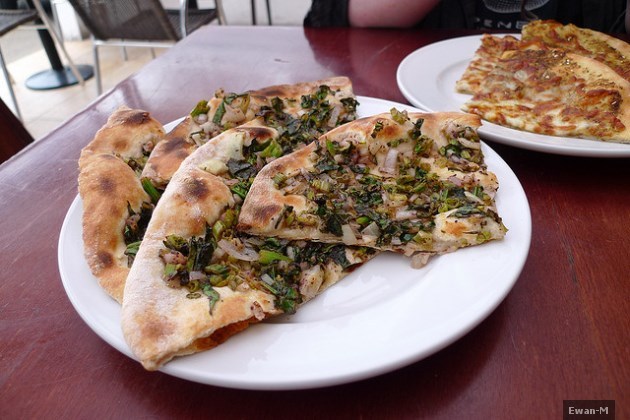 Manakish, Lebanese pizzas, are popular around the Middle East and in Australia. The base can be topped with cheese and minced meat (like a normal pizza) or just with a mix of herbs and spices (like an abnormal pizza). After the dough has been flattened, little dents are made for the toppings to sit in, which seems like an extremely good idea. I don’t know why all pizza chefs don’t use this technique – if the toppings were on more securely, maybe they could put the pizzas in the oven without needing that cumbersome shovel. 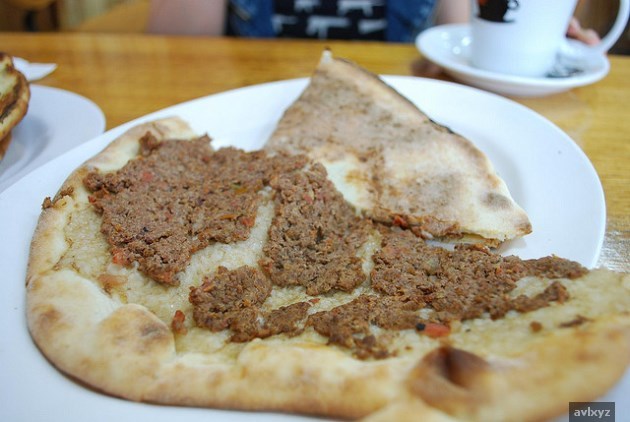 According to Wikipedia, manakish can be eaten for breakfast or lunch. It doesn’t say it can be eaten for dinner and it doesn’t say why not. Of course, I’d be happy to eat pizza for lunch or breakfast (or both), but sometimes I like it in the evening too. One of the advantages of pizza is that you can eat it at any time, day or night, without people judging you. It’s a shame if manakish isn’t as versatile. 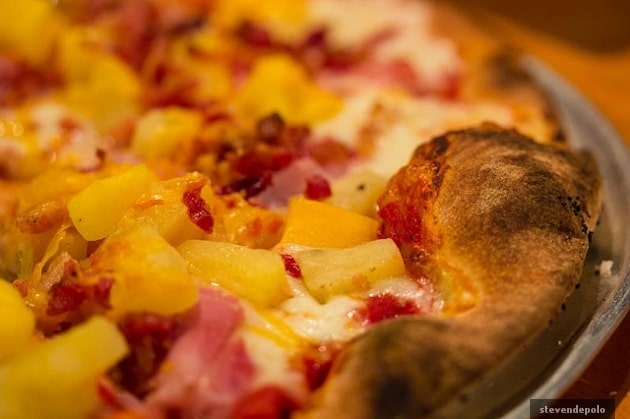 When you stop to think about it, the Hawaiian’s toppings of ham, cheese and pineapple offer a strange mixture of flavours. Strange and unpleasant. The fruit and cheese combo isn’t to everyone’s taste, but that hasn’t stopped the Hawaiian becoming one of the most popular pizzas around the world (except in Hawaii, where they don’t like it). 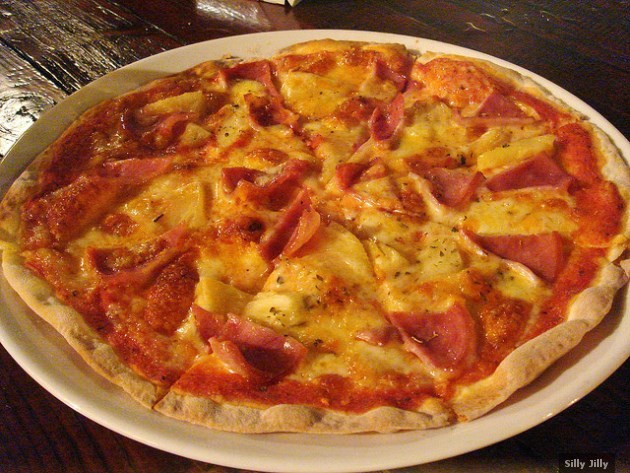 Pineapples are grown in Hawaii, but they’re not native and only began being farmed commercially at the end of the 19th century. Likewise, pigs were only introduced to the remote islands by human settlers. It’s difficult to understand why Hawaiian pizza should be topped by these two immigrant ingredients, while Hawaii’s native snails and bats are left off. 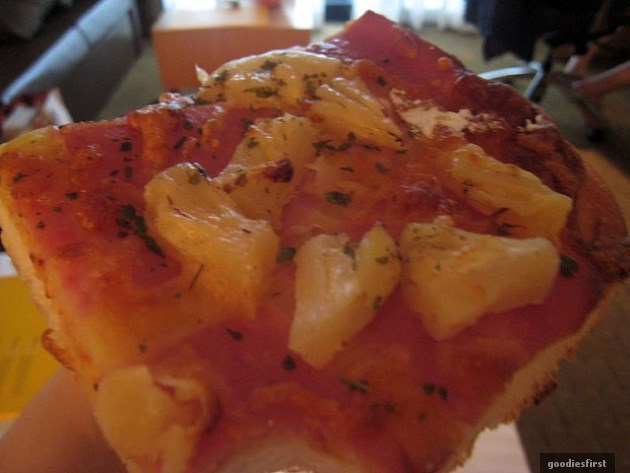 Nobody remembers where Hawaiian pizzas came from. The most likely theory is that they were invented in Ontario by pizza maker Sam Panopoulos, back when everything from Hawaii was considered cool (1962). The idea of pineapple on a pizza may still seem exotic today but, next time you’re tucking into a slice, remember that the Hawaiian is not a tropical tradition after all, just a cynical Canadian’s marketing gimmick. 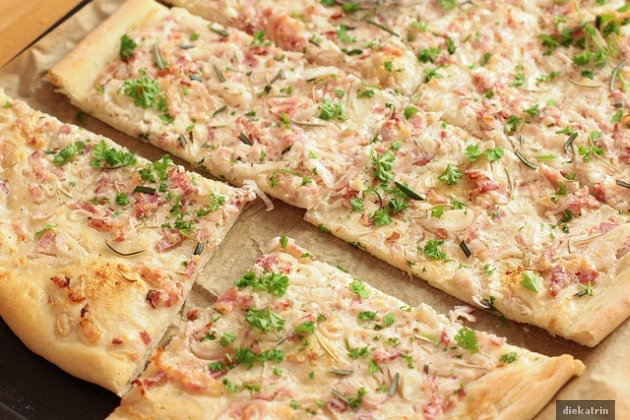 Translating as “flame cake”, flammkuchen is popular in Germany and in France (where the dish is called tarte flambée). One major difference between flammkuchen and normal pizzas is that the former does not use a tomato sauce. The other major difference is that it’s usually served square rather than round. While pizza fans may be able to cope without the tomato flavour, I imagine eating something that isn’t circular could be quite confusing for them. 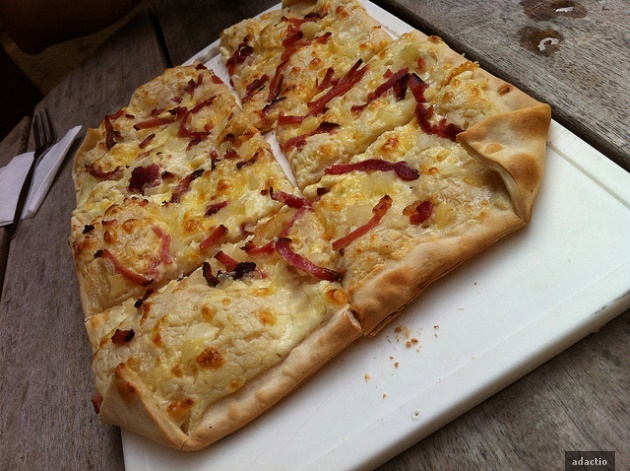 Flammkuchen has a thin bread base and is topped with bacon, onions and fromage frais. It looks delicious (assuming you like bacon, onions and fromage frais). The dish originated by bakers testing the heat in their wood-fired ovens – when the oven was hot enough, the tarte flambée would be cooked in just 1-2 minutes. My oven at home has a little light that goes out when it’s the right temperature, which is probably a more efficient system (although much less tasty). 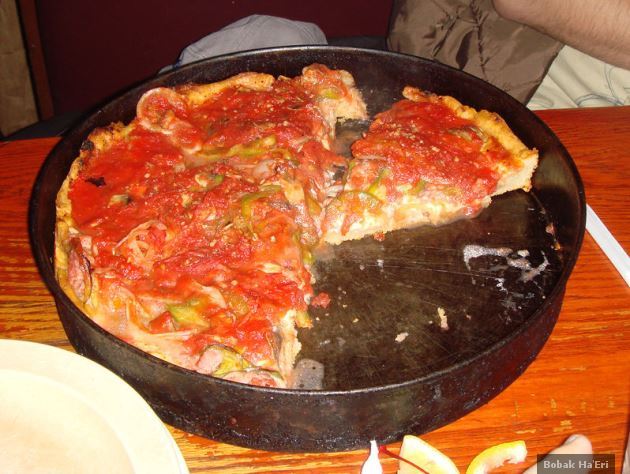 Lazy students around the world fill their stomachs (and their arteries) with Chicago Town’s frozen, microwavable pizzas. However, these soggy little snacks bear almost no resemblance to pizzas from the real Chicago, where they have a specific style called deep dish. These chunky pies feature all the normal pizza ingredients surrounded by a crunchy wall of crust – try to imagine a pizza in the shape of a child’s paddling pool, with the base as the inflatable bit and the toppings as the cold, dirty water. 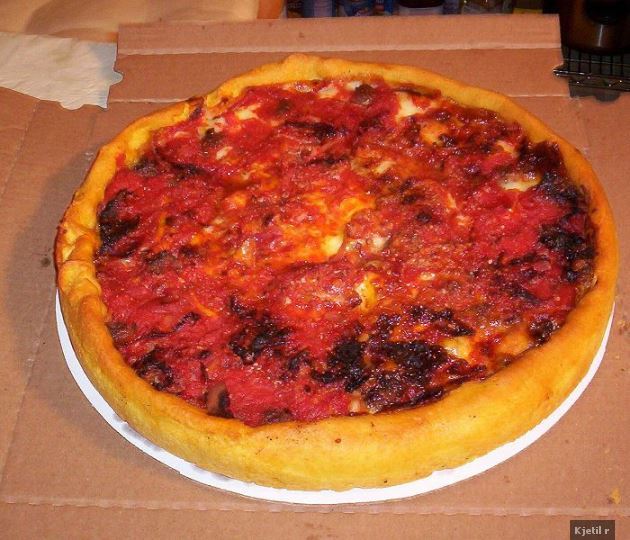 The most surprising thing about Chicago deep dish pizzas is that they put the tomato sauce on top of the cheese. It’s unbelievable – they’ve got it completely the wrong way round. Everyone I’ve ever met knows that the cheese is supposed to be above the sauce, but somehow this important detail has failed to reach Chicago. Someone should really let them know. 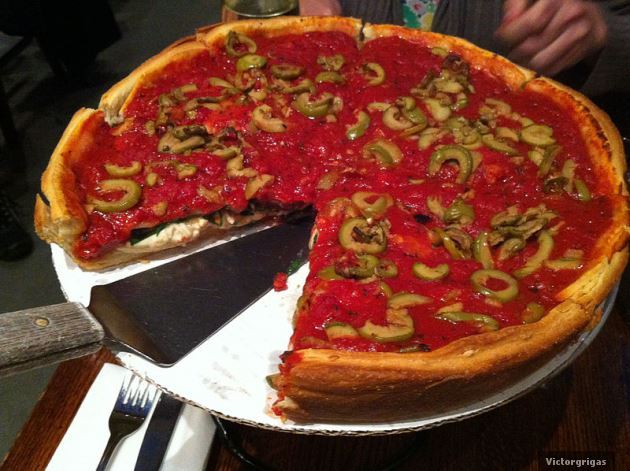 Next time Nasa beam a digital message out of the solar system, in addition to information about Earth’s plants and animals, they should include a basic pizza recipe. That way, thousands of years from now, some extraterrestrial beings can decode the message and cook themselves one of our planet’s favourite dinners. There’s no way of knowing what these alien creatures will look like or what sort of culture they may have but, no matter how strange they are, we can be sure of one thing – even they’ll be able to work out that the cheese goes on top of the sauce.