Home » Blog » Weird food combinations from around the world

I have a Spanish friend who balks when he sees me liberally applying vinegar to my chips. Apparently, in Spain NO ONE puts vinegar on their chips – it’s weird. They do, however, put it on their strawberries. And that’s not weird. This got me thinking about flavour combinations that are considered perfectly acceptable in some places, but have the potential to give British taste buds a panic attack. Before you head off on this culinary adventure for real, make sure you have travel insurance in place. 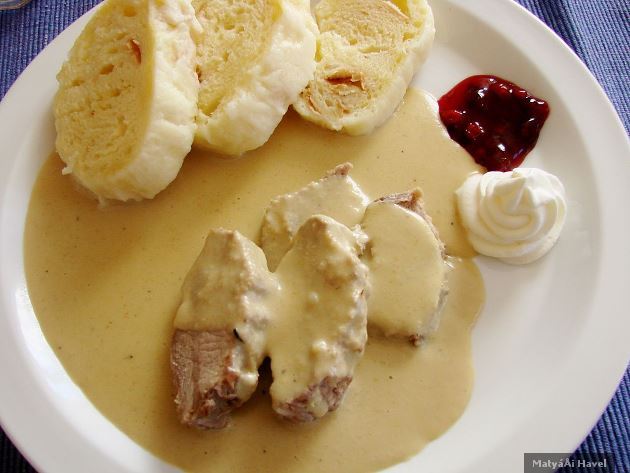 Svíčková is the national dish of Czech Republic – beef sirloin, served with dumplings and seasonal vegetables. And heavy, sweetened cream. What’s that, you say? Yes, sweet cream. The sort you usually put on your apple pie. Apparently many families have their own, personal way of making this dinner, so some are sweeter than others. Typically the meat is roasted with the vegetables, then the vegetables are sieved to create a meat juice and vegetable puree. This is then combined with the heavy cream, milk, flour, lemon juice and sugar. The aim is to create a thick, sweet (and ever so slightly sour) sauce. The cooking of the sauce is the most important part of making this dish as it is the sauce that makes it a svíčková; without it, it is merely a beef dinner! 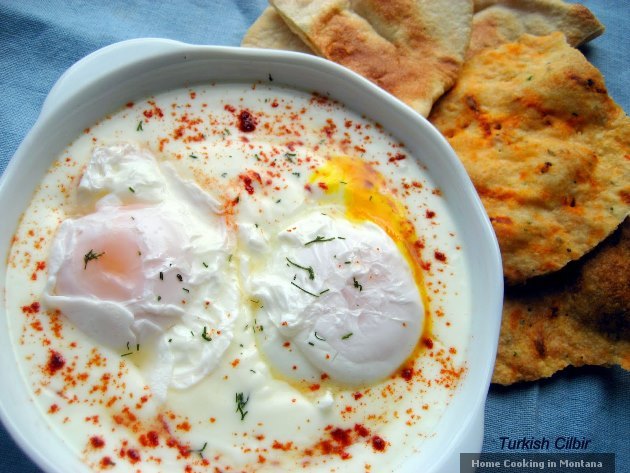 In my research into strange food combinations, Turkey has to come up tops. Just to be clear, I am not saying Turkish food is horrible (not at all – I really like it) but I am saying that I find a dessert made of chicken slightly odd and a cheese syrup cake a little strange. I guess that’s not much different to a cheesecake, but this seems to be made with mozzarella cheese, or something similar. Anyway, the focus of my awe and wonder right now is an egg and yoghurt dish called çılbır. Eggs – fine. Yoghurt – fine. Together – eh?! This dish is basically poached eggs on a bed of garlicky, salty yoghurt, topped with paprika. Other things can be added to it such as sage or dried mint. It is often all mopped up with a nice piece of fresh bread. I’m actually starting to warm to this idea. I think my initial concern was due to me associating yoghurt with Muller Corners.

This drink is popular in a number of Middle Eastern countries, so sometimes its name varies, however it is widely known as doogh. To me, this is simply unacceptable. I have never tried it. I do not wish to. As previously stated, when I think of yoghurt, I think of a sweet, fruit-flavoured dessert probably with a corner of chocolate balls or muesli. So, when I think of this… well, let’s just say it doesn’t appeal. I do recognise, however, that this is a much-loved drink and all those people in all those countries can’t be wrong, can they? Doogh is apparently best made fresh at home, but it also comes ready made and carbonated. Carbonated. A salty (or sometimes flavoured with dried mint or black pepper, as if that makes it better) fizzy, yoghurt drink. Just for a moment, imagine swigging that back on a hot summer’s day thinking it’s going to be a coke or something…

Thailand | A dessert with shallots on top 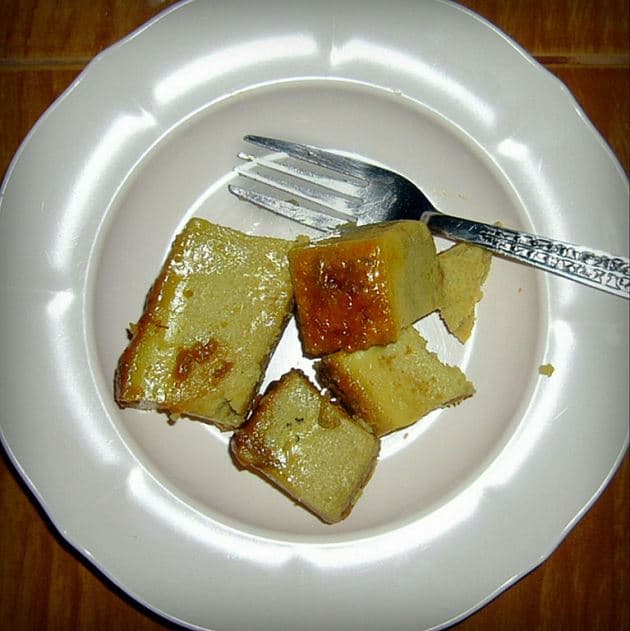 Khanom mo kaeng seems lovely, it sounds a bit like a custard tart. It’s made with coconut milk, egg, sugar and shallots. Way to ruin a dessert? Well no, apparently not. The main part of the dessert is the custardy bit but it is topped with crispy fried onions or shallots. While the puddingy bit is said to be very nice on its own, it really needs the shallots to make it special, making it much more than just a garnish or topping. The shallots are the whole point of khanom mo kaeng! It is said that the crispy, savoury shallots work well with the creamy and sweet pudding.

When you think about a nice fish supper, what do you imagine goes with it? Chips? Peas? Veg? Bananas? No? Just the Portuguese then. This dish called espada com banana, literally means sword with banana. The fish, unsurprisingly, is swordfish, although it can also be made using other fish too. This dish is native to Madeira, where bananas grow. I’ve tried looking into the history of this taste sensation but I’ve found nothing. I can only assume that it was a case of using what you had left or lying around (a bit like my olive omelette) – “What can I put with this fish?” “Here, have my banana!” Clearly it’s a combination that works. The fish is seasoned with salt, pepper, lemon and garlic, then breaded and fried. The bananas are fried in the same oil and placed on top of the fish. If anyone has ever tried this, please do let me know what it’s like! 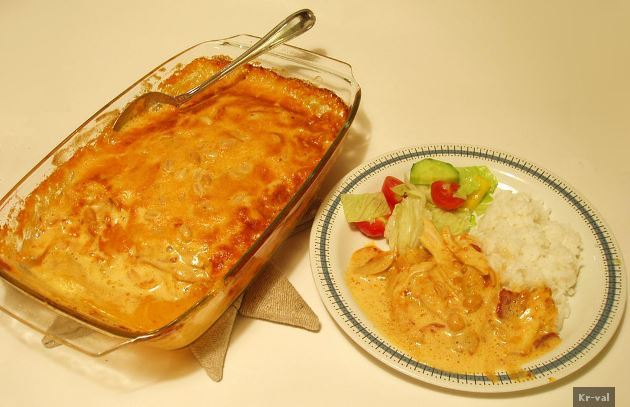 Riddle me this – chicken, chilli ketchup, bacon, double cream, peanuts, bananas and curry powder. All baked in a big dish. Sweden, is there something wrong with your taste buds?! The flygande jacob (flying jacob) was invented in the 70s by an airman named Jacobsson. Apparently, this casserole is popular with children. (This doesn’t surprise me. Kids like dipping French fries into milkshake… What do they know?) You put the bananas on top of the chicken in the dish, whip the cream with the ketchup and curry powder and spread it all over the chicken and bananas, and pop it in the oven. While that’s cooking, cut up the bacon into tiny pieces and fry until crispy then spread, along with the salty peanuts (hell, why don’t you go wild and try dry roasted on there?!) over the top. Serve with salad and boiled rice. Why have I never seen this served in Ikea, eh?