Home » Blog » Throat singing: What it is and how to do it

Home » Blog » Throat singing: What it is and how to do it

Last Sunday I watched Joanna Lumley’s ‘Trans-Siberian Adventure’ on ITV (it will come as no surprise that I love a travel program, will it?) And I have now decided that I will do away with my next holiday to Spain and go to Mongolia instead. It looks amazing. I was particularly enamoured, though, with the Mongolian throat singing I saw.

I consider myself to have a great vocal talent, so naturally I tried to replicate what I heard on the TV. It wasn’t perfect, but I think I did I good job because my neighbour even started to provide a beat from downstairs, banging a broom against the ceiling! 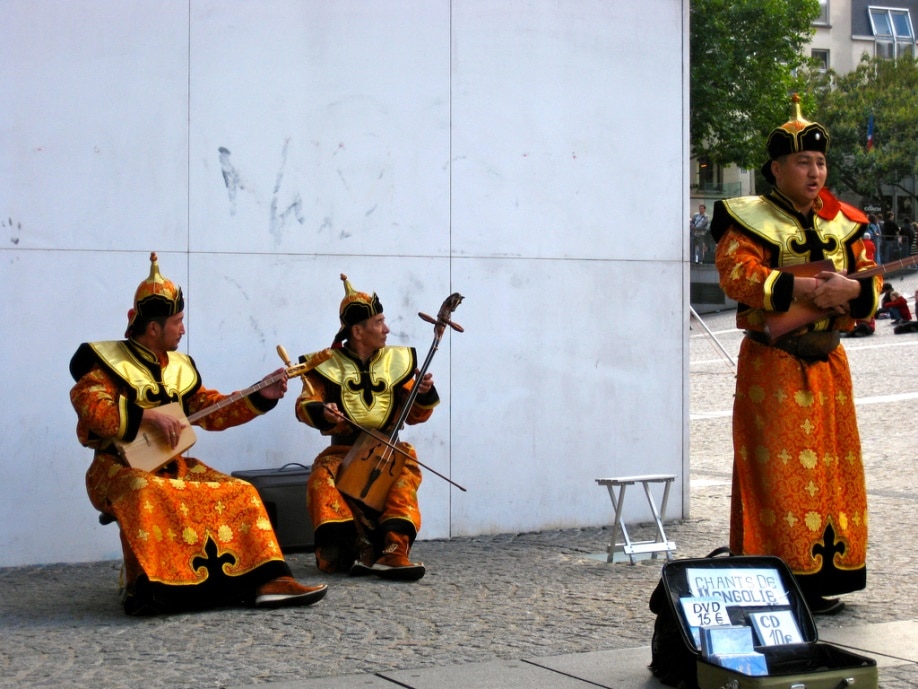 So what is it?

It’s a specific style of singing, sometimes called overtone singing. One throat singer can produce two different sounds simultaneously; usually a kind of droning sound with a melody over the top, but that is not always the case. You should look at the videos below because I’m not doing a very good job of explaining it. I’ve been looking at videos for over an hour now – it’s mesmerising! I just can’t believe a human is making that noise. They are worth a look, I promise.

Where does it come from?

It’s not just Mongolia that has throat singers, you know. Although, it is thought to have originated in southern Siberia and western Mongolia. The nomadic (or semi-nomadic, sometimes) tribes that throat sing there do so in order to communicate with nature and the supernatural world. And maybe to entertain tourists too. They are usually accompanied by various instruments.

This is Tuvan throat singing (Tuva is in Siberia)

I particularly like this one; I enjoy its slick music video style and the horse riding:

Inuits in northern Canada also throat sing, but their singing evolved as part of a breathing game women used to play when the menfolk were out hunting. They sing face-to-face, in pairs. Take a look at these videos:

It’s interesting to note that it’s the Inuit women who do the throat singing here because, in the Mongolian/Siberian version, it’s traditionally the men that do it. It was thought that a woman throat singer would bring about infertility and misfortune.

The Thembu Xhosa women from South Africa also throat sing. It’s called unngqokolo and the style is similar to the Tuvan singing, above. (I didn’t really know what Thembu Xhosa meant, so I looked it up: Thembu are a group of people and Xhosa is a language they speak. I think.)

I couldn’t find that much information about the different cultures that throat sing, so if you know anything more about it, please do comment below.

Oh, you were unsuccessful? You just need to activate different combinations of muscles in order to manipulate the vocal tract whilst sustaining pressurised airflow from the stomach.

Unsurprisingly, it takes years to be able to master throat singing. But you can make a start here:

Let this guy be an inspiration to you: