Home » Blog » Coconuts: What are they and what do they do?

Over 62 million tonnes of coconuts are grown worldwide every year and, if you think that sounds like an awful lot of Malibu and Bountys, it just shows how little you must know about them. In the Malay language, coconut palms are called “pokok seribu guna” – “the tree of a thousand uses” – so, accounting for booze and chocolates, there must be 998 other uses we don’t know about.

Most coconuts are produced in Asia (especially Indonesia, the Philippines and India), but they grow in over 90 countries and each one seems to have thought of different things to do with them. So, before you put the lime in the coconut and drink them both up, let’s take a minute to find out some more about the big brown hairy balls: 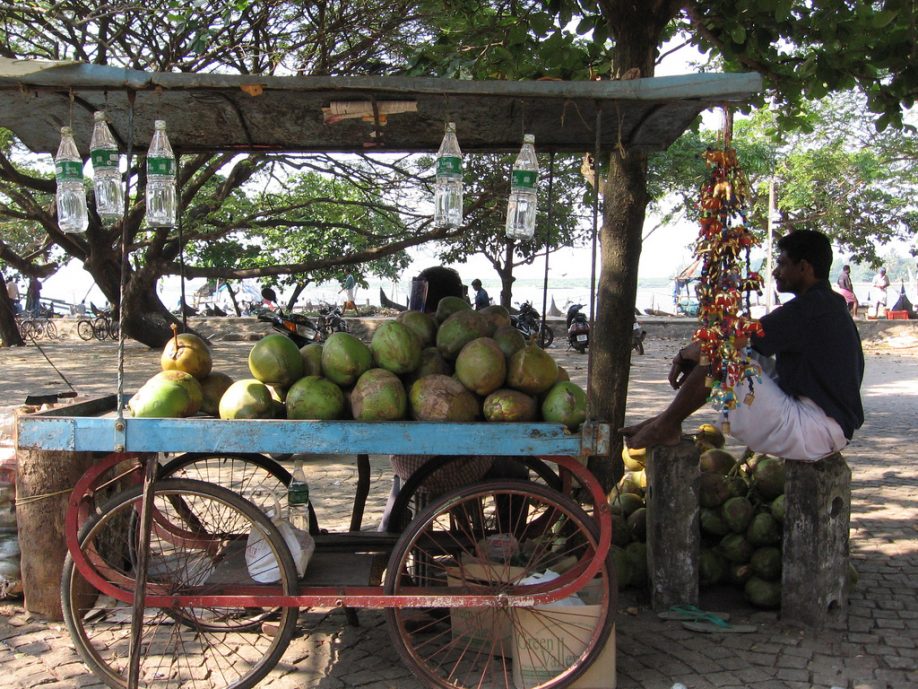 Are coconuts nuts? Well, as you can probably guess from the fact that we’ve asked the question; no, coconuts aren’t really nuts. Surprisingly, they’re not mammals either, which would’ve been my second guess (come on: they’re hairy, they produce milk, um… etc). Coconuts are actually a stoned fruit – a drupe – and so in the same category as olives, peaches and mangoes. 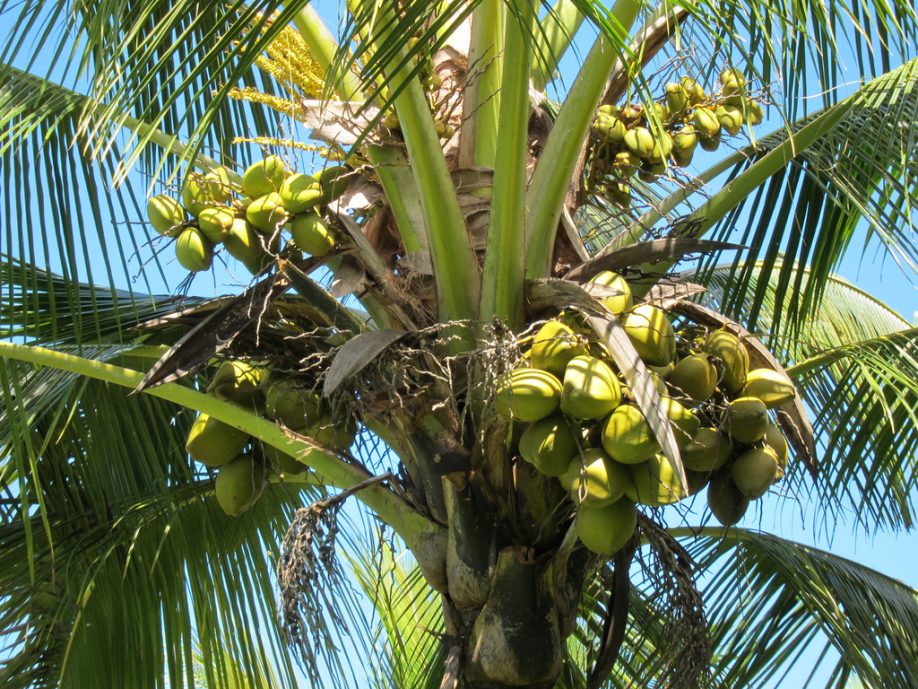 Coconuts grow everywhere from the east coast of Africa to the west coast of Africa (the long way round). Whereas most fruit use the animal-digestion method of distribution, coconuts have wisely avoided this in their attempts to colonise new areas. Some of their distribution has been driven by humans, but the romantic image of a coconut merrily bobbing its way between tropical islands is actually pretty accurate – it’s thought coconuts can survive over 100 days at sea, drifting up to 3,000 miles in search of somewhere to put down roots. They’re such keen travellers (but tend to avoid travel insurance tsk tsk) that they’ve even been found in the sea off Norway (although it’s possible they floated there by mistake – coconuts like warm, humid countries and Norway isn’t one of those). 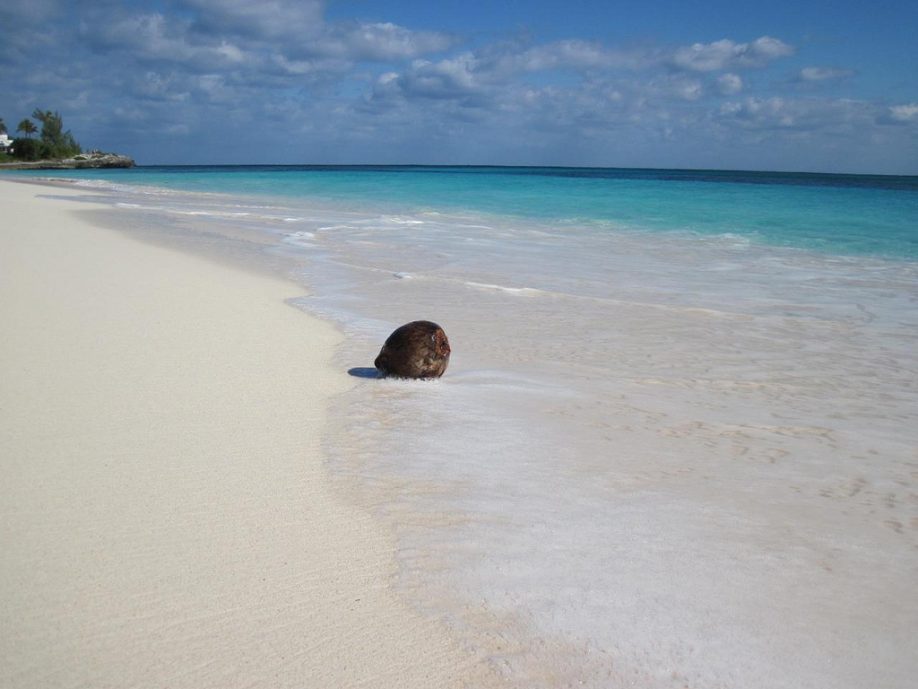 It’s often said that falling coconuts kill more people than shark attacks (in fact, it’s said so often that we’ve just repeated it, despite having seen no evidence at all). Whatever the statistics, it’s certainly true that you can die from having a coconut drop on your head, so we wouldn’t advise taking a nap under a palm tree – even if a falling coconut avoids cracking your skull, there are plenty of other delicate targets. 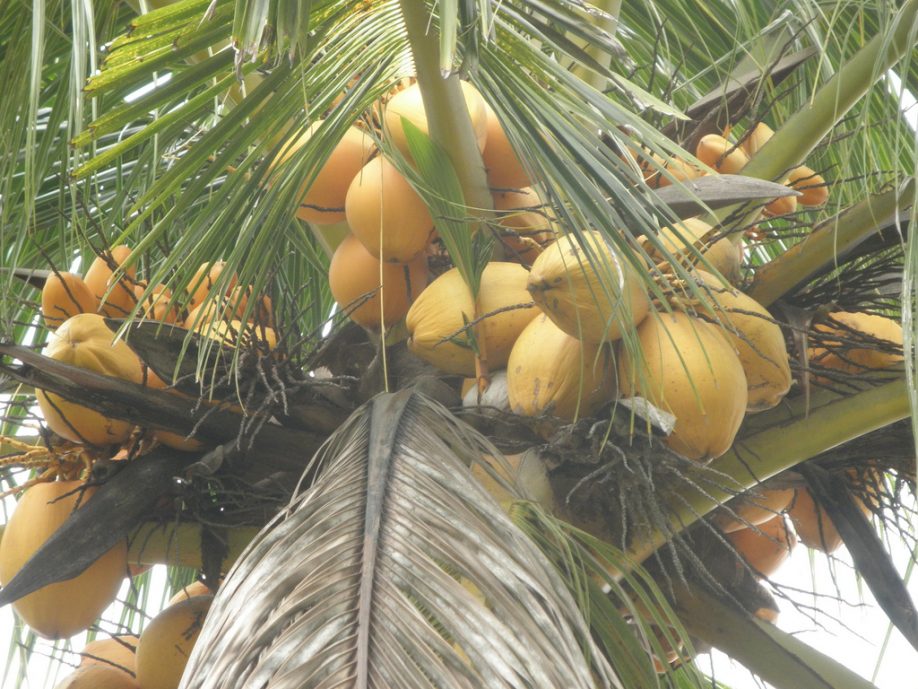 If being at the bottom of a coconut tree is dangerous, it must be equally risky to climb up one. The palms can reach up to 100 feet tall but, with as many as 75 fruit growing at the top every year, people aren’t prepared to just wait on the ground for them to fall down. In most countries, a brave farmer will climb the tree at harvest time but, for around 400 years, Thailand has been training monkeys to do the job for them. Pig-tailed macaques are specially raised for coconut collecting and have to attend a training school to perfect their skills. Unfortunately, you can’t entirely eliminate the danger – small monkeys don’t always do what they’re told and, in 2009, an angry macaque killed its master with a well-aimed coconut to the head. 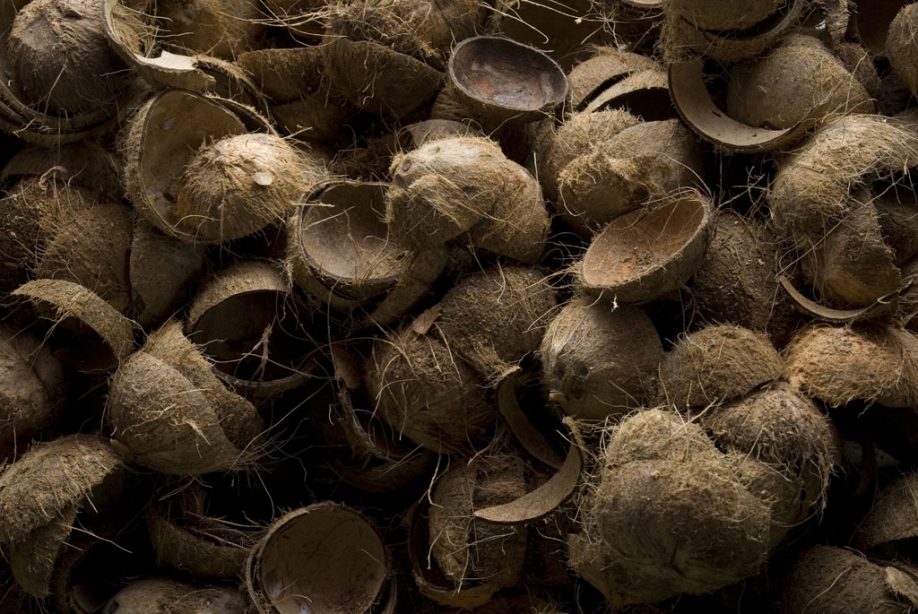 Coconuts aren’t the most musical fruit (that’s beans), but around the world many cultures have found ways to turn them into instruments. In Vietnam, the đàn gáo (coconut shell lute) is part of the traditional orchestra – it’s a stringed instrument, using a coconut as a resonator, played with a bow. Other countries have slightly different instruments – the yehu or banhu in China, for example – but all seem to follow the same coconut/stick/strings/bow structure. That’s not a criticism, by the way; the instruments may be very similar, but they all use coconuts in a much more inventive way than us here in Britain – the most “musical” we get with a coconut is bashing two halves together backstage at a nativity.

There are many ways to drink a coconut, of which sticking a straw in it is just one. Coconut milk is made by grating, soaking and straining the white coconut flesh, while coconut water is just the murky liquid that sloshes about naturally in the middle of the fruit; you can drink either, if you want. As with most fruit (and vegetables and grains), the best way to consume it is in an alcoholic form – Puerto Rico’s national drink, the piña colada, contains coconut milk, but really it’s the pineapple that’s the main event. In the Philippines, they use the sap from unopened coconut flowers to distil a coconut vodka called lambanóg. Since it uses the flowers rather than the fruit, I don’t know whether lambanóg actually tastes of coconut, but, with a typical alcohol content of between 40% and 83%, the flavour is probably the least of your worries. 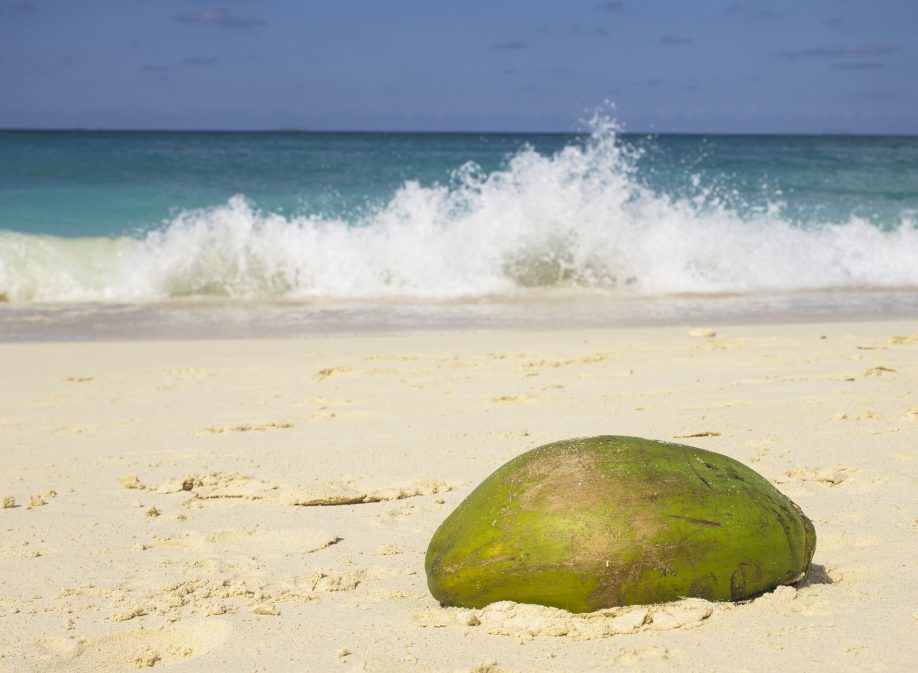 Coconuts are notoriously difficult to get into – just ask anyone who has ever hit one with a mallet then had to run after it as it rolled away down the garden. It’s almost tempting not to bother. However, if you want to eat a coconut, or drink a coconut, or play a tune on a coconut, sooner or later you’re going to have to open a coconut. Apparently, it’s not as hard as it looks – as with all of life’s problems, the internet had the answer (and made me feel foolish for asking). Every coconut has three circles on it that look a bit like a face – the word coconut comes from the Spanish “coco” meaning “head” or “skull” – and one of these circles will be softer than the others. You should be able to just poke a screwdriver or something through it and tip out the coconut water. As well as the circles, every coconut has a line running around it – this is a sort of seam and, if tapped firmly all the way round, the coconut should just unzip itself and let you in. 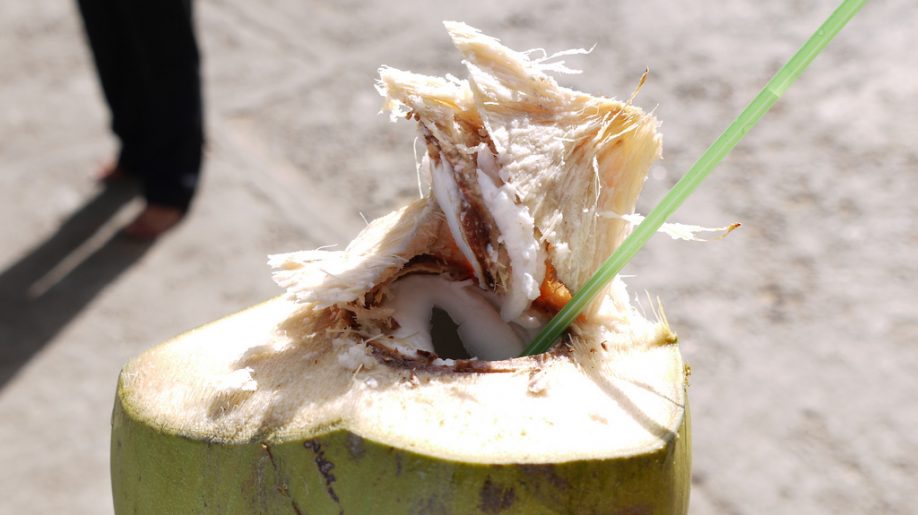 It all sounds a bit too good to be true – where did coconuts get their fearsome reputation from if they’re not really as tough as they look? If you’ve got a spare coconut lying around at home (presumably a prize or a gift; I don’t think anyone buys them) then why not try using the above method to get into it? Please do let us know how you get on, especially if it all goes wrong and you end up furiously attacking the coconut with a hammer.