Home » Blog » Gem stones: What are they, where do they come from and how are they made?

I could be considered part magpie. I love shiny things and… Actually, that’s the only thing I have in common with a magpie. I probably won’t enter your nest and steal your eggs while you’re not looking.
Although I love jewellery, I’ve never had any proper jewellery. You know, diamonds, emeralds, rubies etc. That’s OK with me – I prefer more unusual/cheaper stones, anyway. Also, I don’t like the idea that someone – maybe a child – has gone through hell just so I can have something pretty on my finger.
Nevertheless, gemstones are amazing. They’re like tiny stars buried within the earth. And many of us wear them every day, without even considering how and why they came into being. So let’s find out. 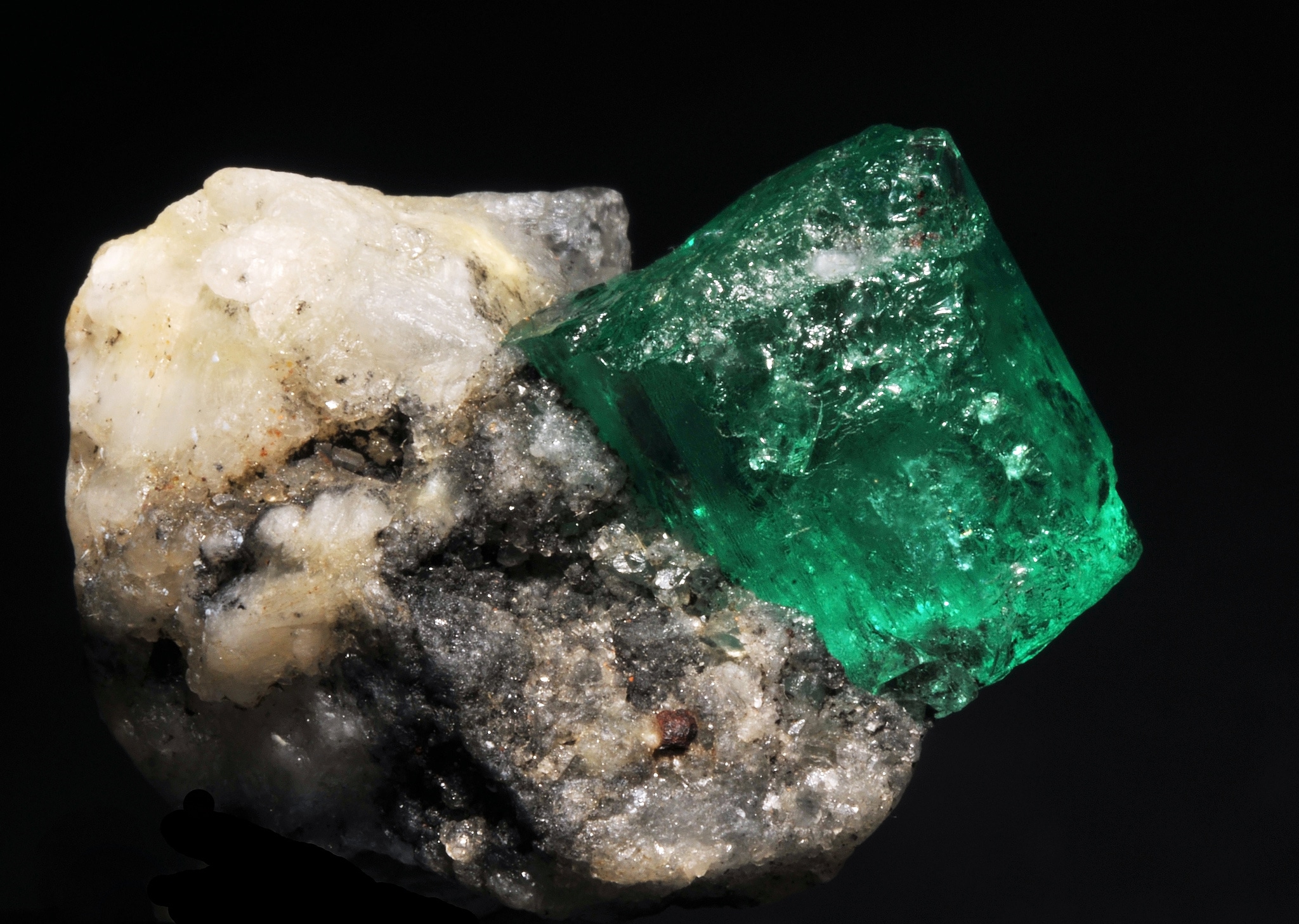 In the US, the value of imported emeralds beats that of both rubies and sapphires combined. Clearly, emeralds are very popular and/or expensive. However, I’ve just learnt something that’s blown… my…. mind. Emeralds, aquamarine, morganite, heliodore and goshenite are all the same thing – beryl; they’re just different colours. If you’ve never heard of the last three, I hadn’t either. They’re semiprecious stones that don’t often get name-checked. Which is what makes it even more mental – they’re the same stone! 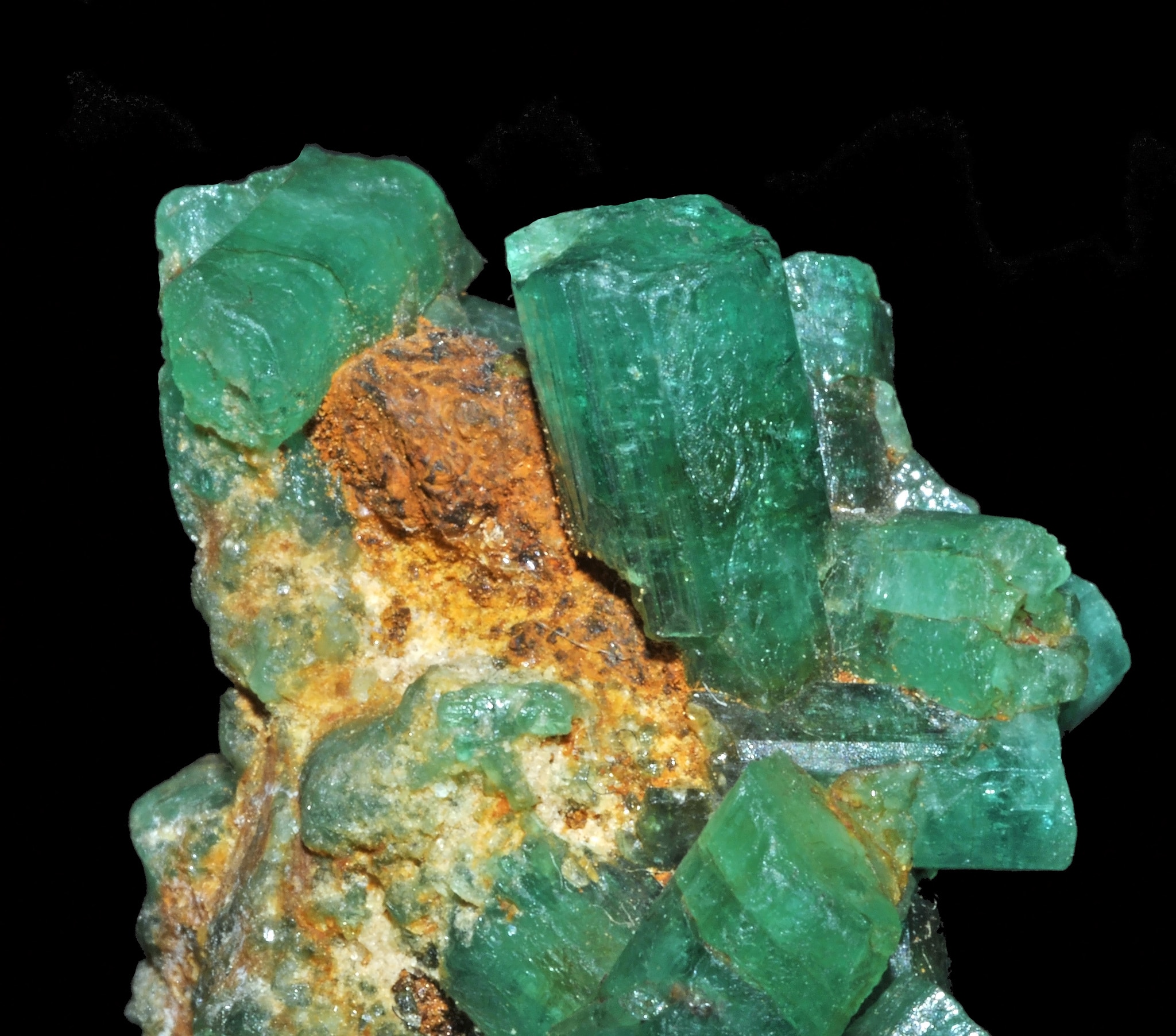 So what makes an emerald an emerald? The fact it’s green. That’s all. And there’s no scientific “green chart” that emeralds have to be measure on either. It’s just down to the opinion of the jeweller or gemmologist. For the beryl to be considered an emerald it should have a rich green colour. If it’s a bit paler, it should be called green beryl. If the green seems a bit bluish then it’s aquamarine. If it’s yellowy then it’s heliodor. As you can imagine calling a stone green beryl instead of an emerald massively reduces the price of it. It’s for this reason some jewellers started selling stones called yellow emeralds. Don’t be fooled! 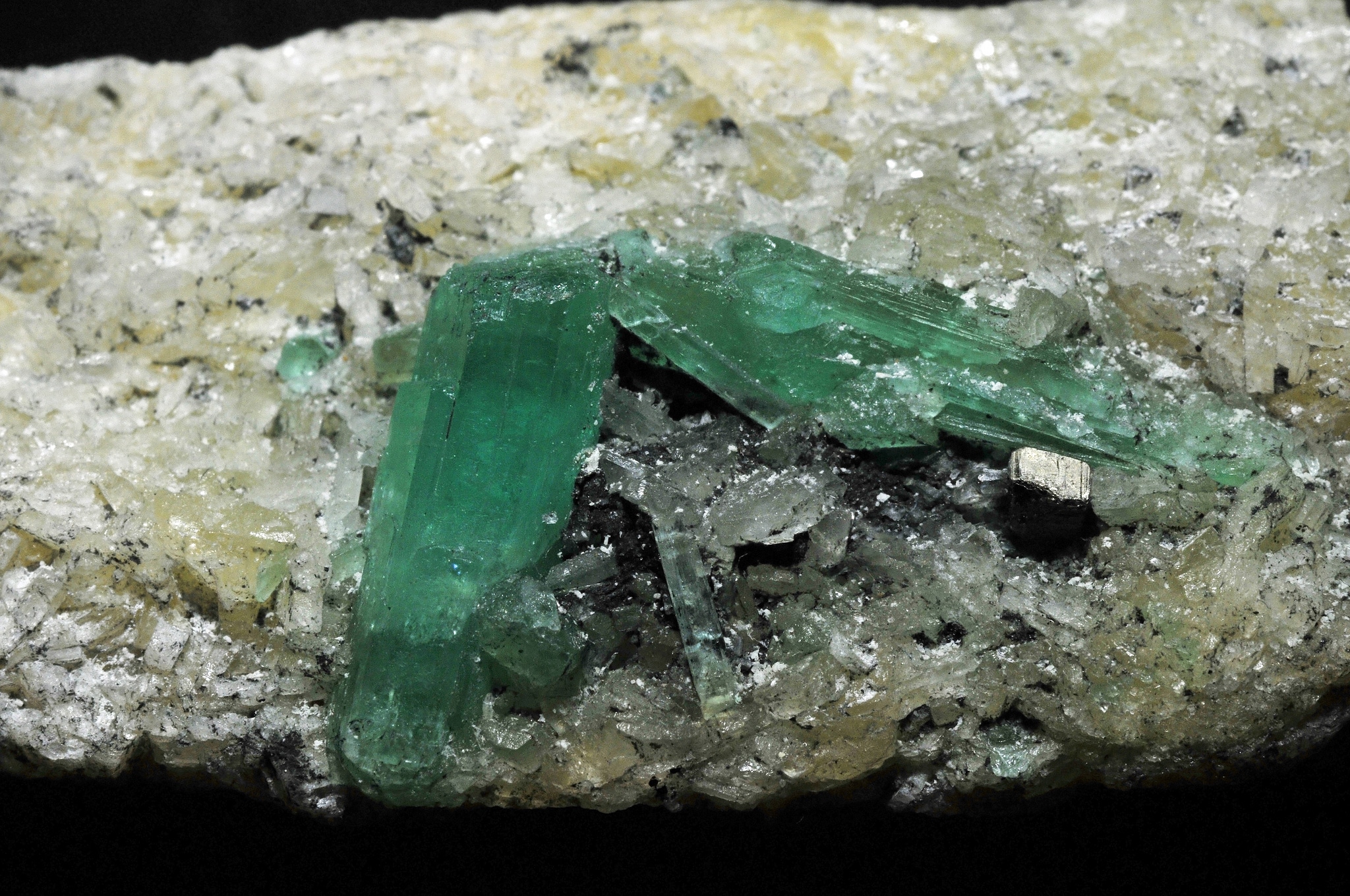 Emeralds can be found in a few places around the world, but without doubt the biggest producer of emeralds is Colombia. In Colombia, emeralds can be found in shale and limestone – really boring common rocks. Beryl forms when there is a large amount of the element beryllium present and emeralds, specifically, form when there’s also chromium present – that’s the green-making chemical. It’s also the chemical that makes rubies red. Riddle me that. 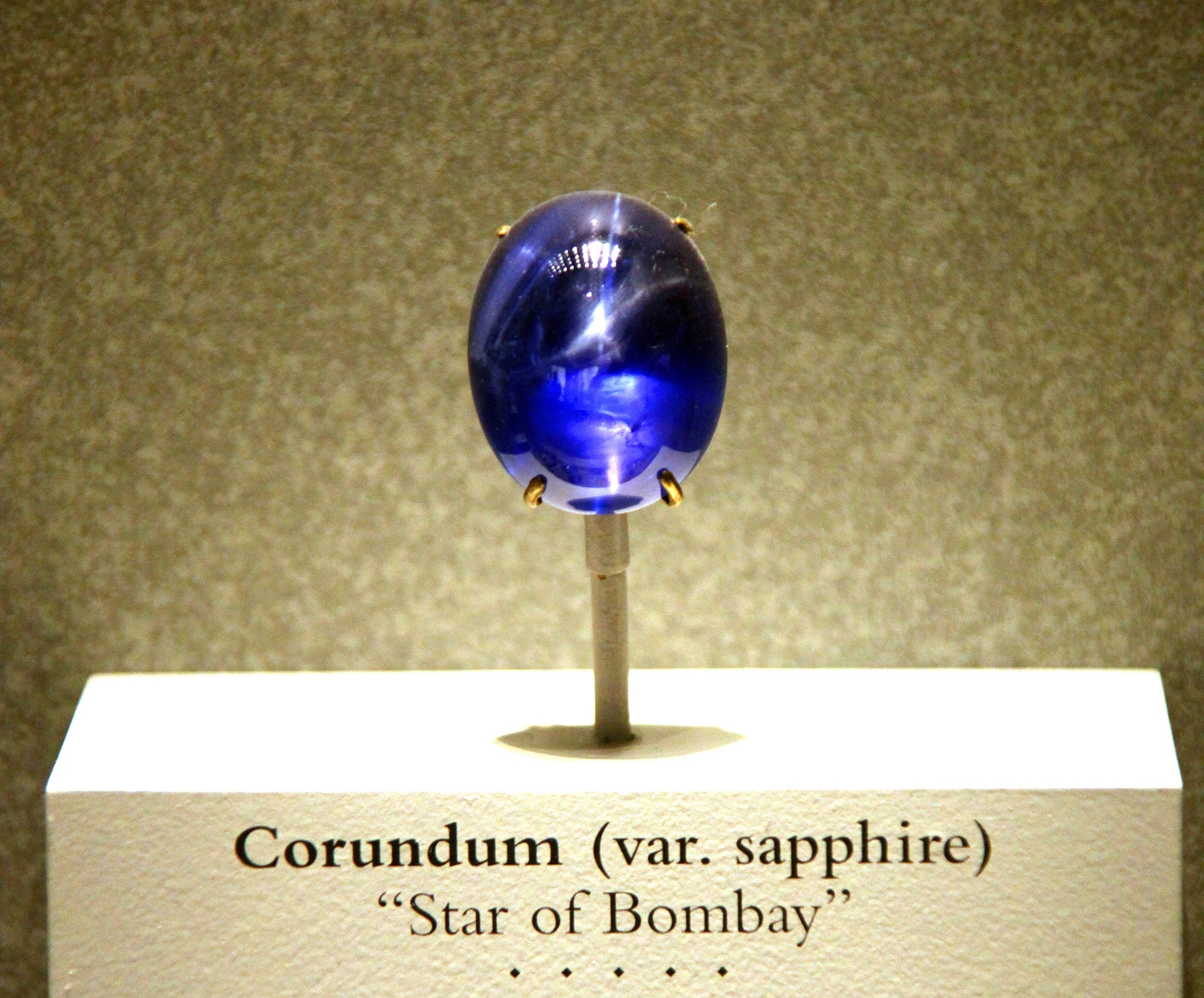 A sapphire is just blue corundum. Corundum comes in all different colours but for some reason, when it comes to gemstones, it’s usually called sapphire. If it’s blue, it’s just a sapphire. If it’s clear, it’s a white sapphire. All other colours, apart from red (see below), are called fancy sapphires. But do you know what its main use is? Filing things down. How unglamourous. Because it’s so hard, corundum is often crushed (if it’s that hard, how does it get crushed?) and used as an abrasive in industries that have to cut, grind and polish things. 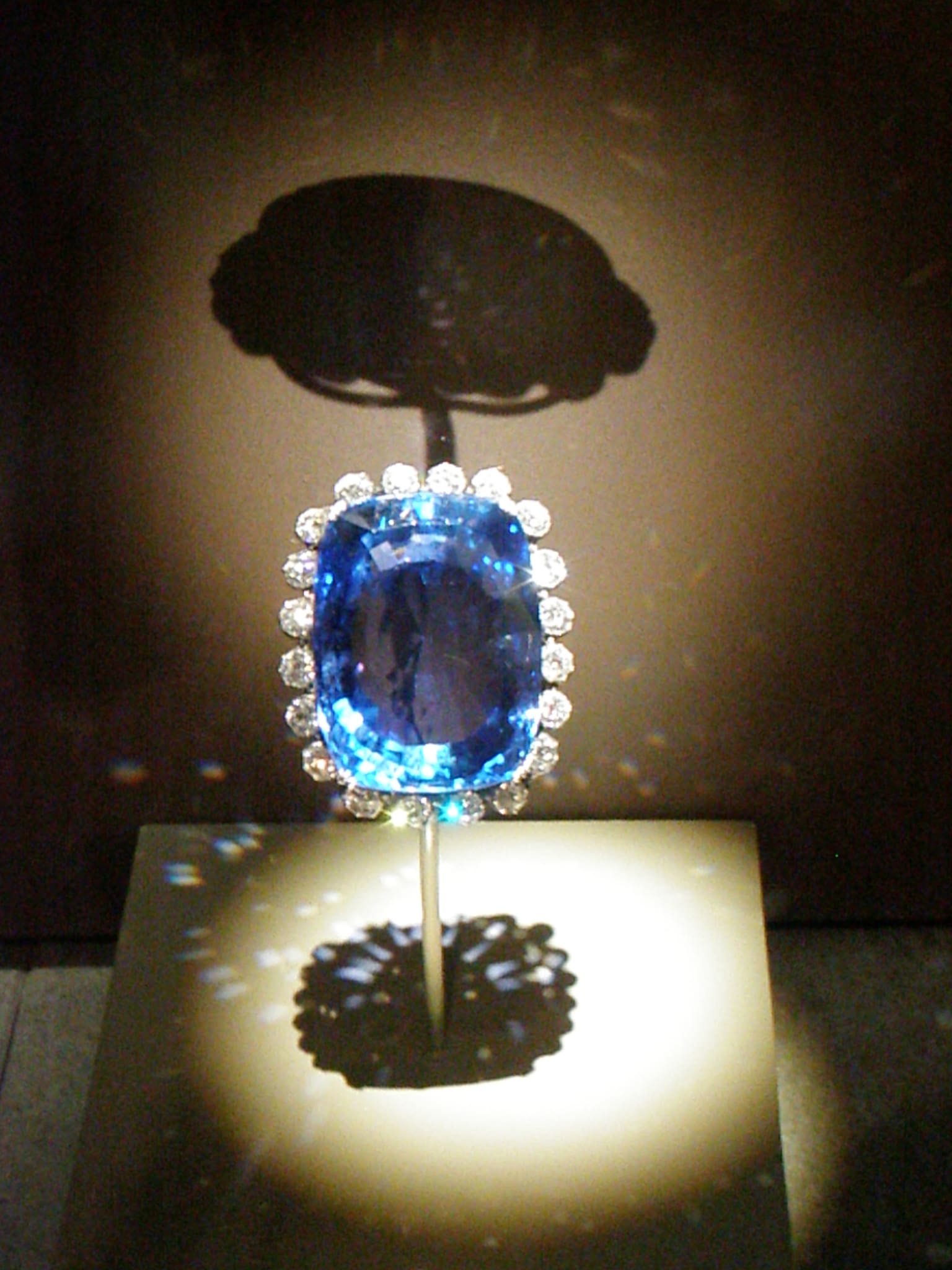 It’s this same hardness that means it gets found fairly easily in alluvial deposits. That’s just a fancy way of saying a gravely, dried up, old river bed. The sapphires (and rubies) form in rock much the same way emeralds do, but the rest of the rock breaks down over thousands of years, and the good stuff ends up being dumped wherever a river decides to leave it. 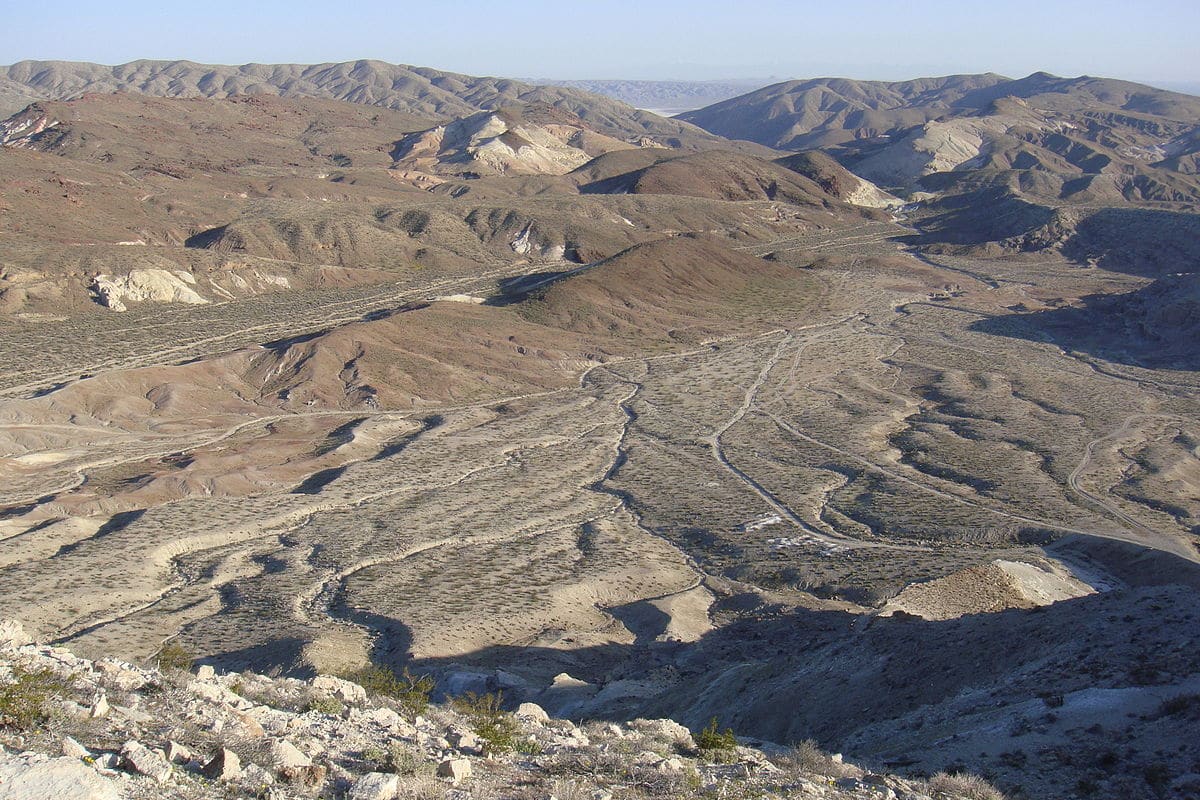 Alluvial rubies and sapphires can be found in Burma, Cambodia, Sri Lanka, India, Australia, Afghanistan and a load of other places. So off you go, with your sieve. Take a look at this woman finding some in Australia, along with some Kangaroo poo and a worm. 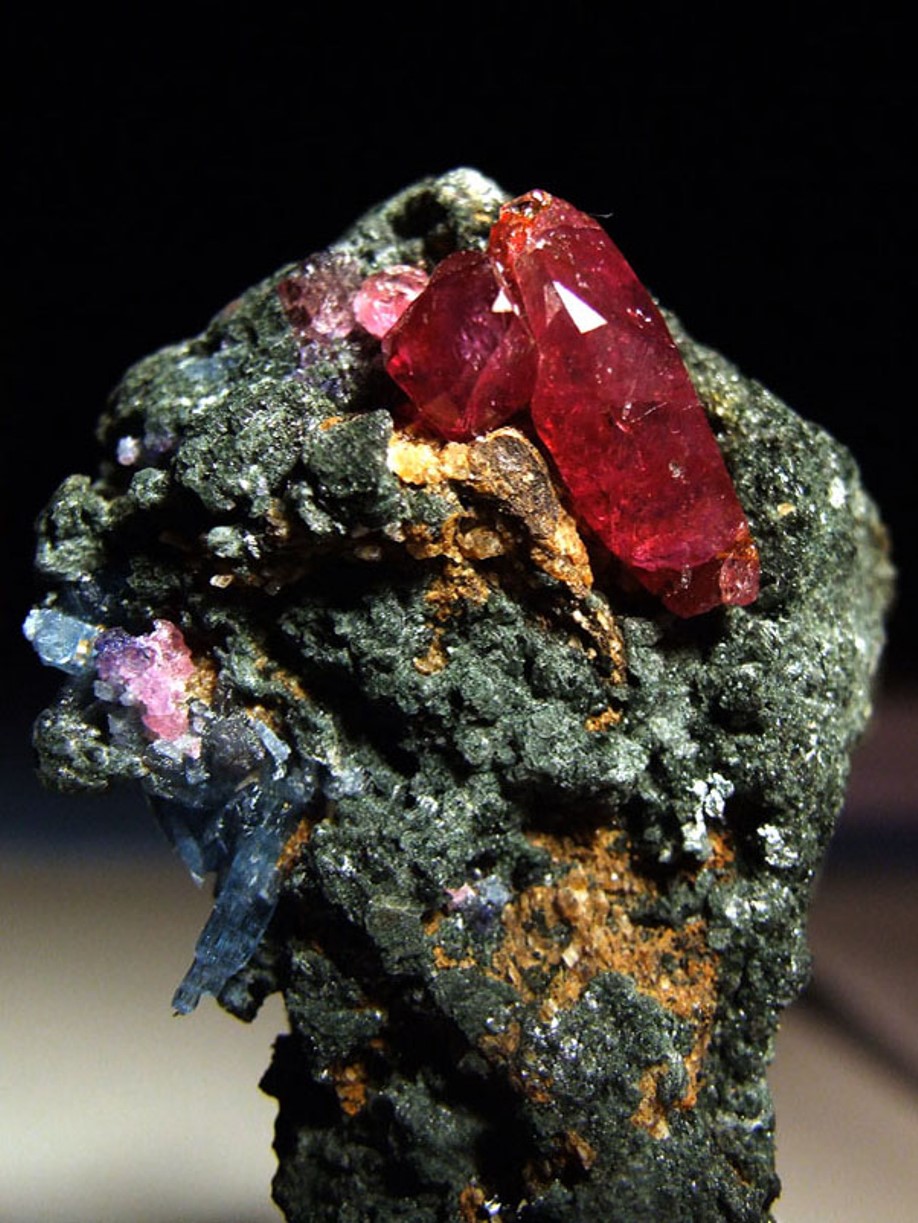 They’re the same as sapphires; they just get a special name because they’re red. Take a look at some, though. Google “sunrise ruby” for an example of a big one. I think that would look nice on me. 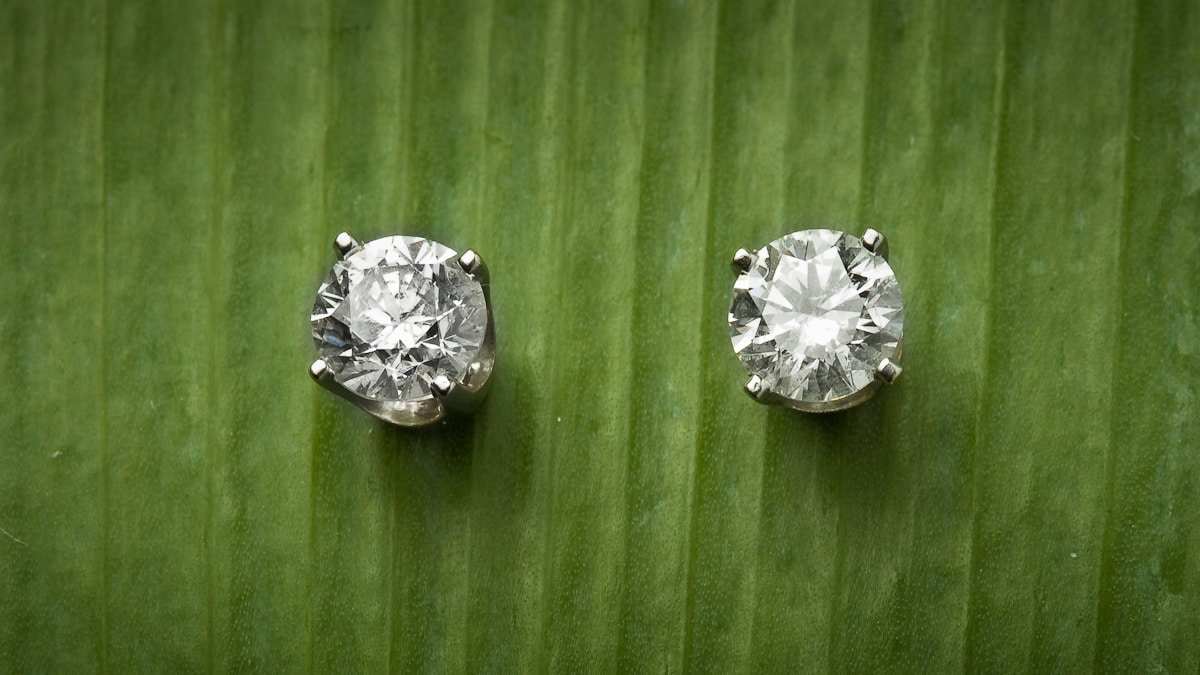 No, they’re not made from coal. Why does everyone – me included – have this impression? They actually form about 100 miles below ground. Imagine that for a moment. The majority of the diamonds come to the earth’s surface via deep source volcanic eruptions. They can be found all over the world but are particularly prevalent in Russia, Australia and South Africa. As you probably know, there has to be a great deal of heat and pressure for a diamond to form and they’re one of the hardest known materials in the world. 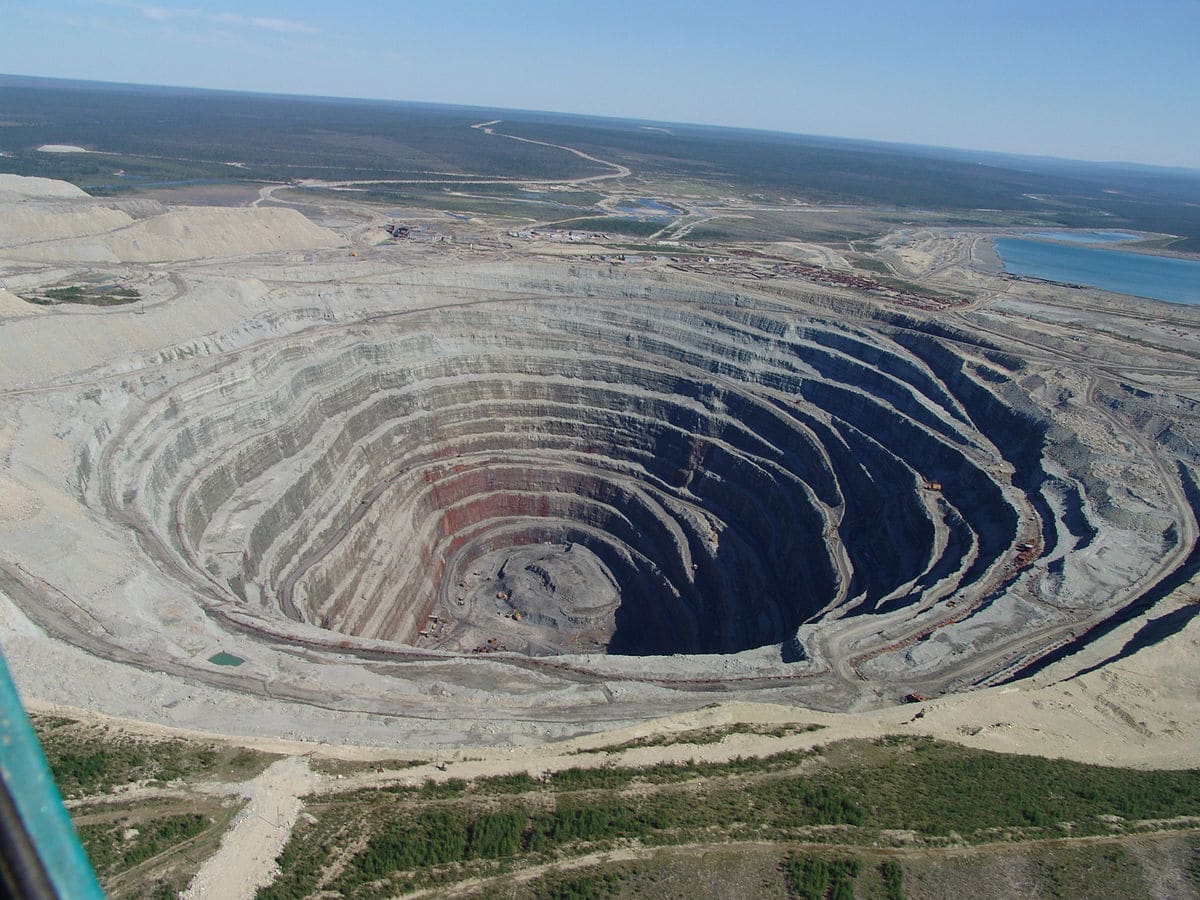 But did you know that, although really nice and sparkly, diamonds probably aren’t as precious as you first thought? In fact, there’s no reason why they should be more highly prized than any other precious stone They aren’t even that rare. 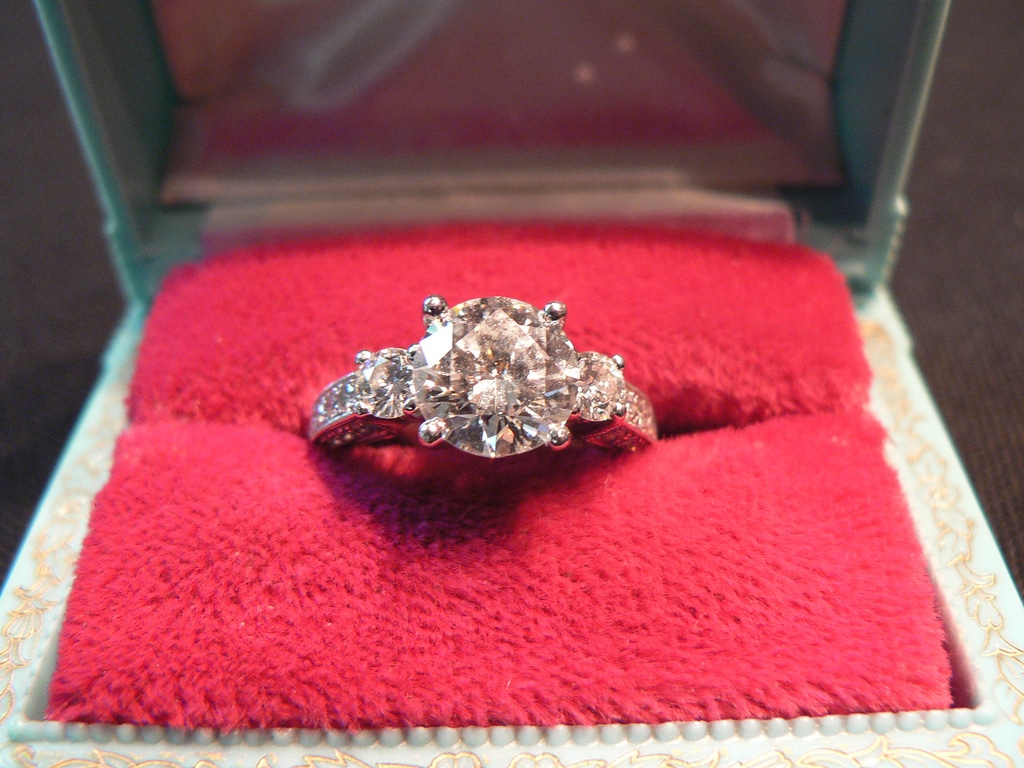 I always assumed there was some good, and ancient, reason diamonds symbolised love. I was wrong. It’s just down to a marketing “campaign” by De Beers in 1938.
In the US (and the rest of the world) pre-1938, engagement rings weren’t really a thing. Yeah, a few people gave them, but they weren’t integral to a proposal and they certainly didn’t have to be diamond. So to change that, De Beers made diamonds statements of success and wealth. It was a very clever campaign, and also pretty unethical. We’ve all been mugs! Not to mention all the human suffering diamond mining has contributed towards. 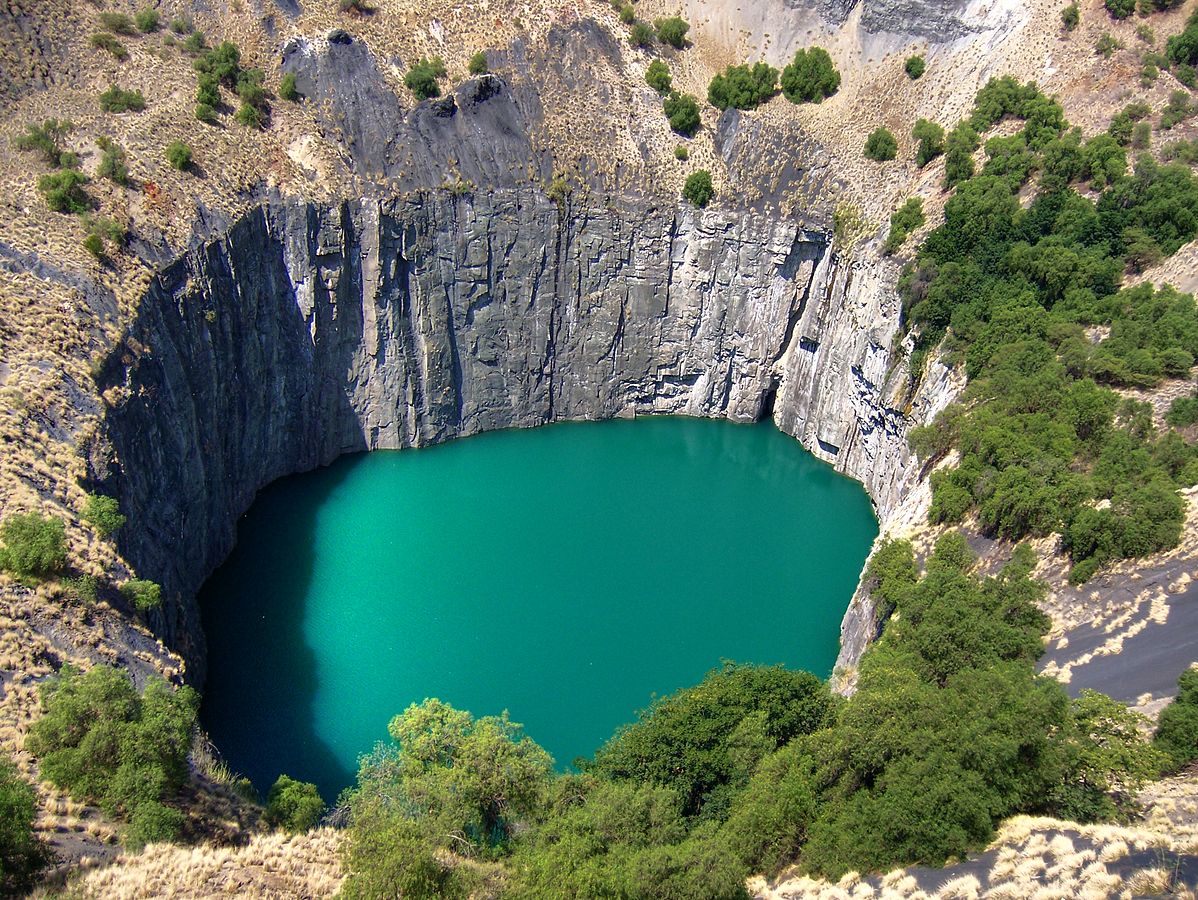 You really should read this, especially if you’re thinking about getting engaged – https://www.huffpost.com/entry/7-reasons-why-you-shouldn_b_1720870. It’s eye-opening. I’ve never been fussed about diamonds, less so now. Whatever jewellery you buy, buy it because you actually like it, not because it’s a status symbol or it’s expected of you. In fact, surely non-diamond engagement rings should be more of a status symbol these days… What do you think? 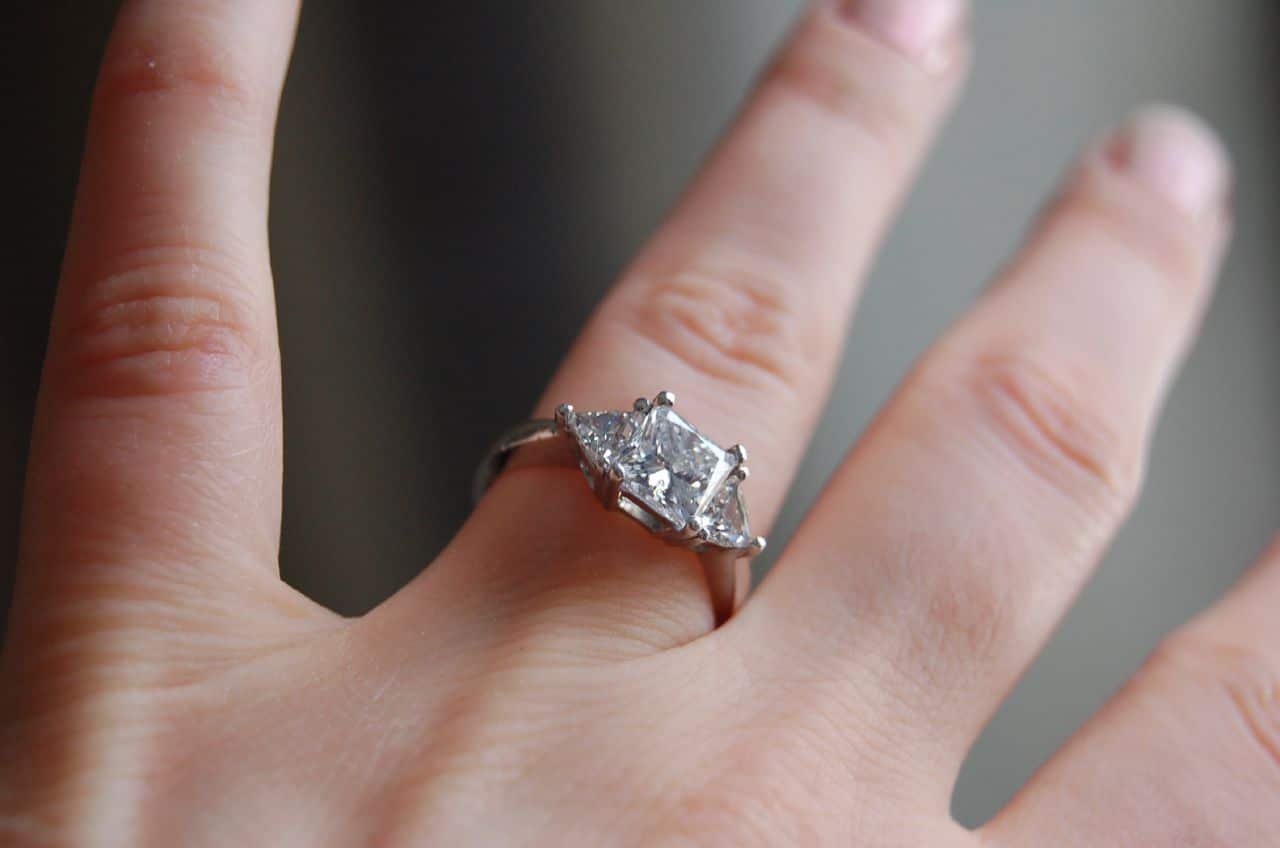