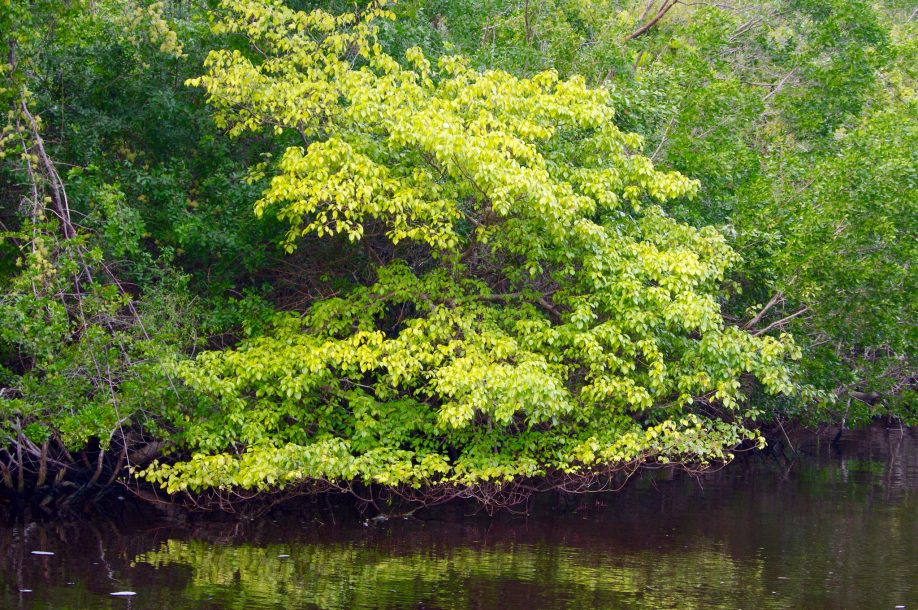 The manchineel tree grows in the Caribbean, Florida, the Bahamas, Mexico and Central America. It can sometimes be found on the northern coast of South America. You know, all the places you might want to go on go on holiday to (with travel insurance in place, naturally).

But you’re probably after a beach holiday and trees don’t grow on the beach, do they? Well this one does. It likes to grow on beaches or among mangroves. Apparently, it’s really good at preventing beach erosion; it acts as a windbreaker and its roots stabilise the soil. Pity it likes eroding other things too, though. Flesh, for instance. 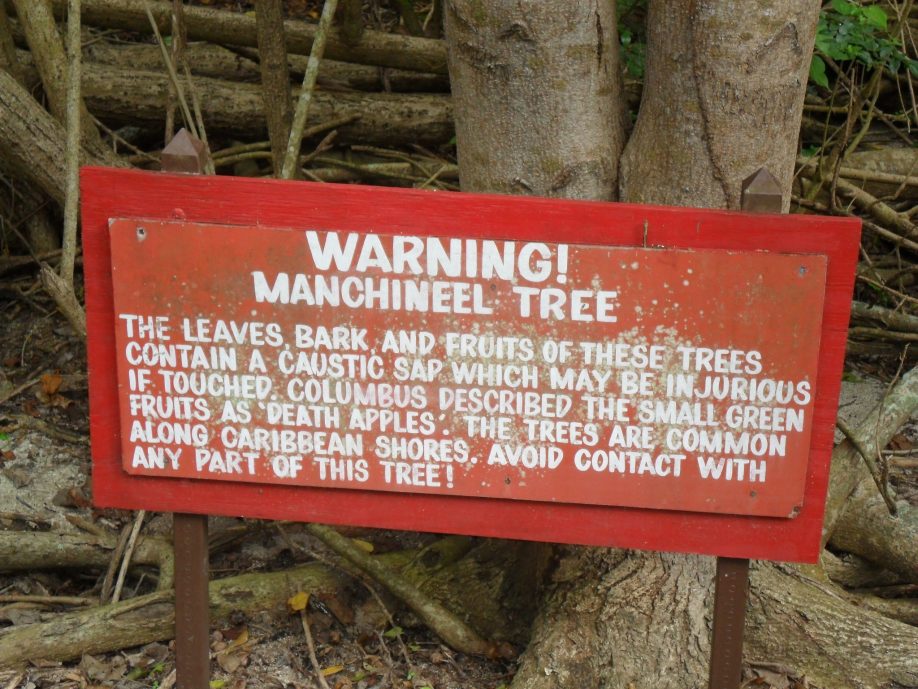 I’m going to describe the tree, so take notes… It’s evergreen and can grow up to 49 feet tall. Its bark is a greyish-reddish colour (it just looks like classic bark to me) and it’s leaves are fairly small, green, shiny and shaped like fat almonds with a pointy ends. They are also very finely serrated. Look out for that. 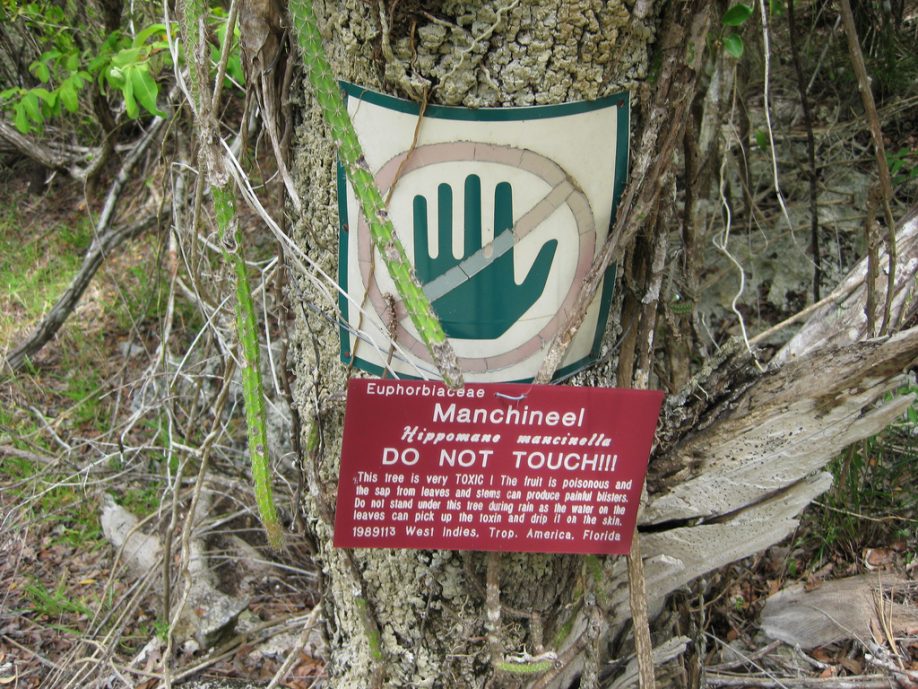 The tree produces small greeny-yellow flowers. After the flowers come the fruits, the fruits of death. In fact the Spanish name for this tree is manzanilla de la muerte, which means “little apple of death”. How charming. The fruits do look just like small apples, so they look quite appealing. Don’t be fooled by their innocent appearance, though – these apples are poisonous. In fact, every part of this tree is HIGHLY toxic. 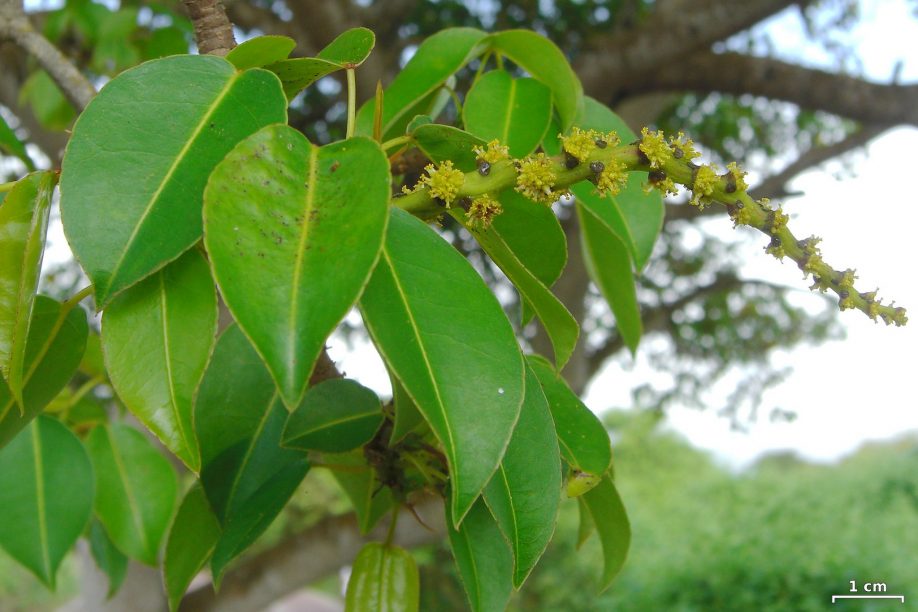 If you were to eat a little apple of death, it would at first taste sweet. But soon you would start to feel like you’ve eaten pepper. That’s the least of your problems. You’ll then get severe gastroenteritis, bleeding from the stomach, a bacterial superinfection (I don’t even know what that means but I know it’s bad) and your airways will be compromised due to swelling. Your body, unsurprisingly, will go into shock. There haven’t been any recently reported deaths from this hell apple but I guess it depends on your size/fitness and how much you eat.

If you have read all of this, and still somehow end up eating one, you need to go to hospital. 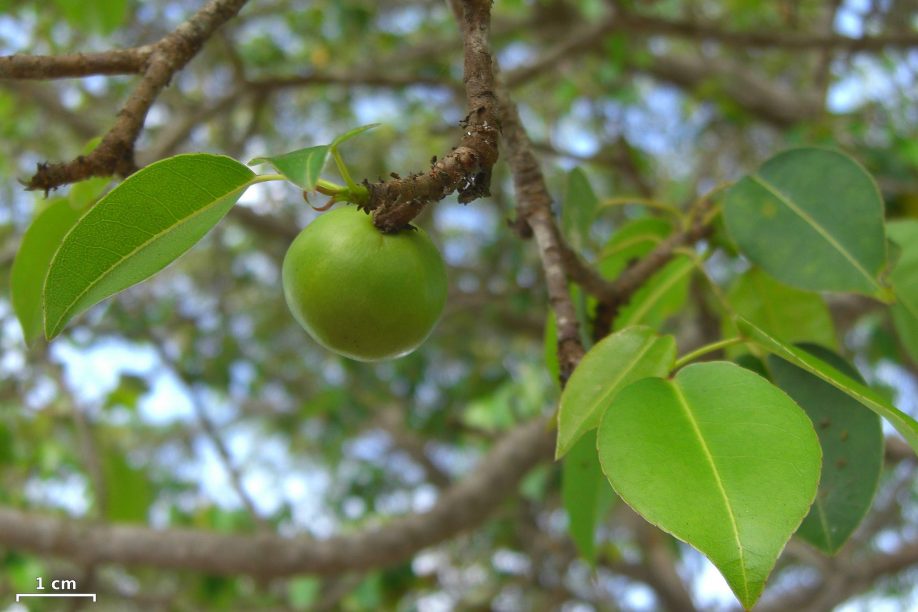 Not only should you not eat the poison tree’s poison apples, but you shouldn’t touch it at all. Not even a little bit. All parts of the tree are toxic. Some of the toxins haven’t even been able to be identified. If you come into contact with its sap, you will end up with burning, weeping blisters. It’ll take the paint off a car. Definitely do not stand underneath this tree when it’s raining. The rain filters through the devil-leaves to become fire rain giving those sheltering beneath it bullous dermatitis. Google image search that.

I found myself thinking these trees just need to be burnt down, all of them, but no – that’ll cause blindness. The smoke becomes so noxious that it’ll hurt your lungs and damage your eyes. Also, they don’t want you to get rid of the trees in Florida – they are an endangered species!

Someone else that likes these trees is this fellow. He is a garrobo iguana. Strangely, these iguanas are the only known animal that’s immune to the witchcraft of this tree. They eat the fruit and even live amongst its branches. Brave lad. 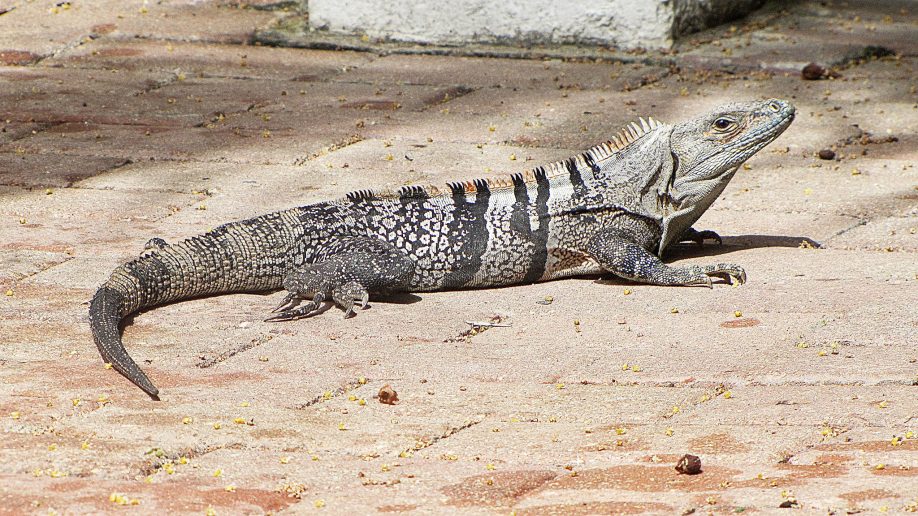