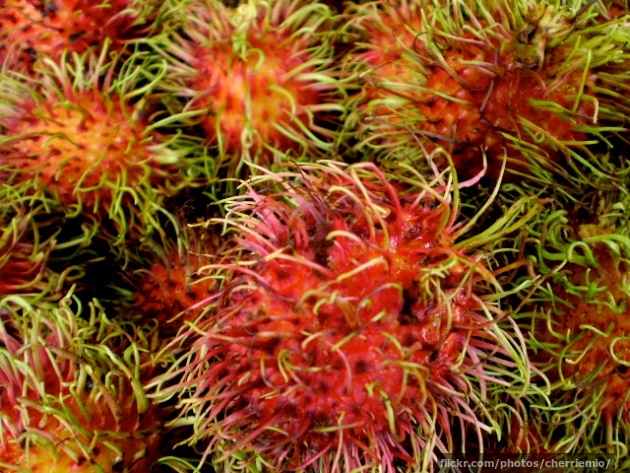 A rambutan is a soft, white-fleshed fruit (similar to a lychee) covered in a red spiny skin. 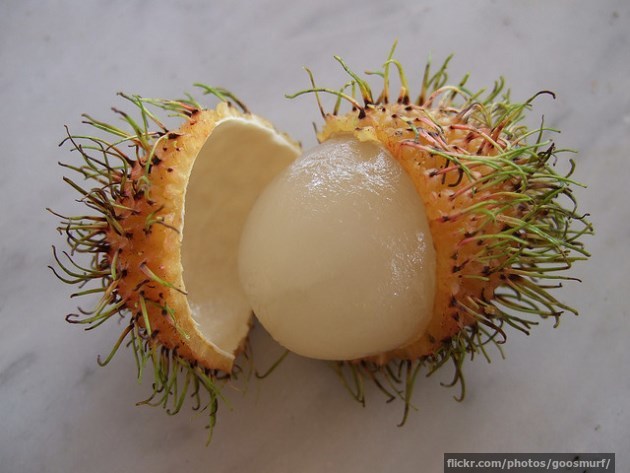 The word rambutan is Indonesian for “hairy”. This is fine as a description of how it looks, but really needs something more to make it clear that they’re talking about a fruit – the tree that the rambutans grow on is also called rambutan (and that isn’t even hairy) so there’s bound to be some confusion.

In Vietnam, they’ve tried a bit harder with the name – they call it chôm chôm, which apparently means “messy hair”. This is a bit more descriptive, but again they’ve made the mistake of forgetting to identify that they’re talking about a fruit.

Strangely, rambutan trees can be either male, female or both, with the male trees unable to produce any fruit of their own. Where rambutan are grown commercially, the hermaphroditic trees are preferred and each one can produce up to 6,000 fruits, which is quite a lot.