Home » Blog » The Avenue of the Baobabs

Avenue of the Baobabs is a dirt track in western Madagascar which is lined with, well, baobab trees! This unusual looking tree is often called the “tree of life” because it’s capable of so many things. 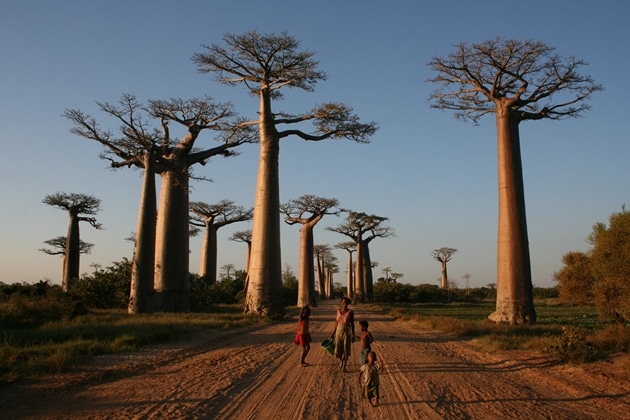 The bark is fire-resistant and can be used to make cloth and rope. The leaves (when they grow, that is; the baobab spends most of the year naked!) can be used for medicine and for flavouring food. 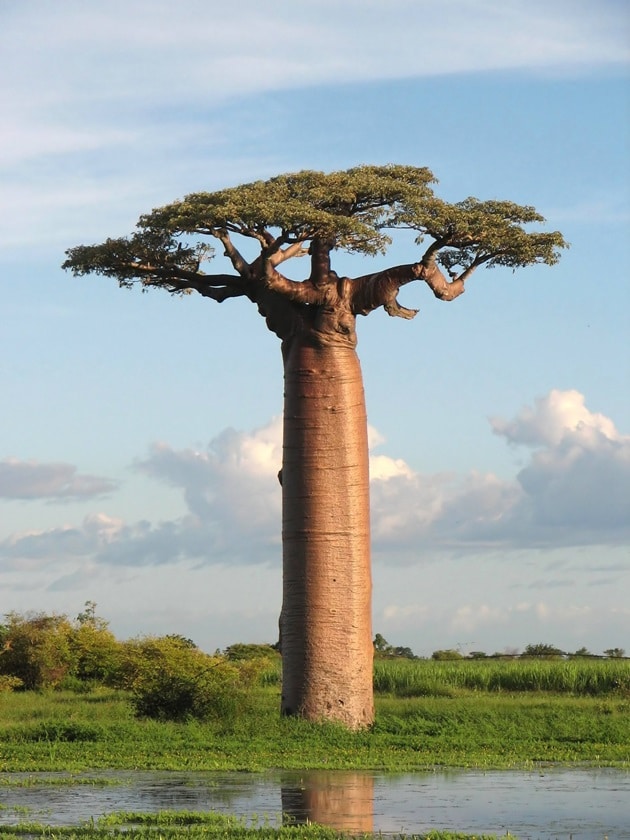 The fruit, called monkey bread, can be eaten. Pepsi even released a baobab flavoured drink a few years ago in Japan! 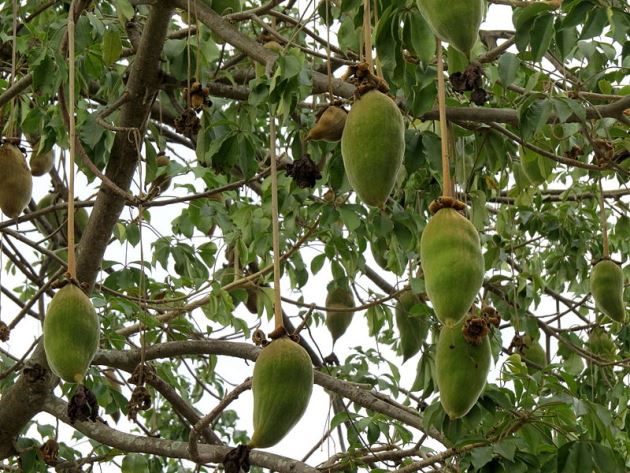 Baobabs are able to store hundreds of litres of water, which can be tapped by boring a hole into the trunk, taking out the wet, soft fibres and ringing the water out. Sometimes, the centre of the tree dies and when that happens, the tree can form a sort of reservoir storing up to 1,000 gallons of water. 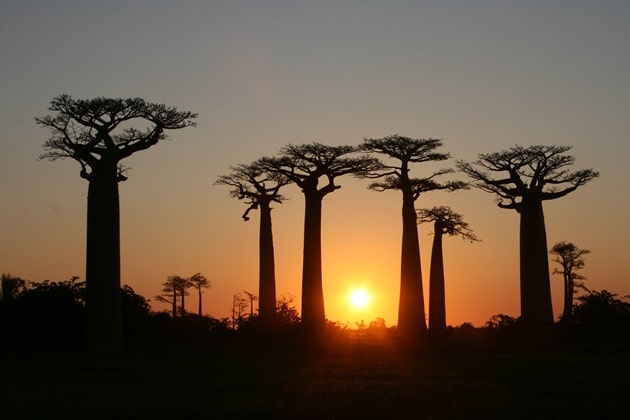 The wide trunks, if not storing water, can sometimes be used as shelters. Trees have been housed toilets, store cupboards, and in South Africa, there is even a pub that holds 54 people! 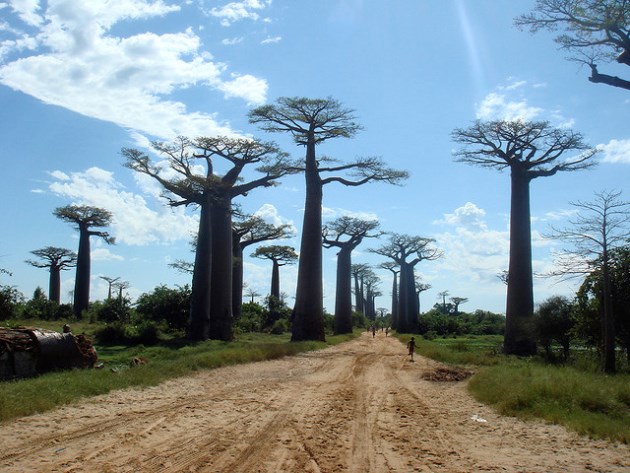 There are various superstitions around the Baobab tree. Africans believe that if you pick the tree’s flower you will be eaten by a lion, but if you drink water that the seeds have been soaked in, you will be kept safe from crocodile attacks. It’s still no replacement for good travel insurance.