Home » Blog » Where the objects in your bathroom come from

Home » Blog » Where the objects in your bathroom come from

Bathrooms are full of strange objects. Some of them are easy to understand – tweezers, for example, or cotton buds – while others are confusing and mysterious. I’ve seen a thing next to the bath; a strange thing. A thing that looks like a screwed up ballerina’s skirt. I don’t know what it’s for (and I’m embarrassed to ask).

Once you start looking around the bathroom, you find that even the “normal” things like soap and sponges have something odd about them. A lot of these things are found in unusual places, or made in unusual ways. It seems that just keeping yourself clean requires stuff from all over the world, so join us as we splish splash our way around some familiar bathroom items…

Sponge | Mediterranean and the Caribbean 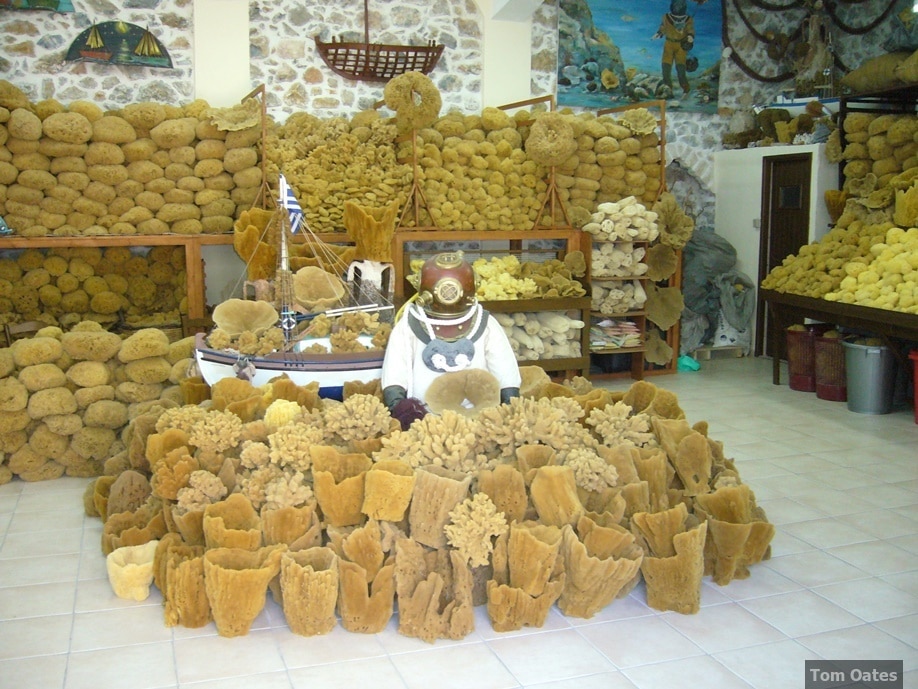 Most bathroom sponges these days are manmade (I’m pretty sure the one I use at home is artificial – it’s in the shape of Homer Simpson, waving). However, you can still buy proper sponges that have grown underwater and been harvested from the sea bed. 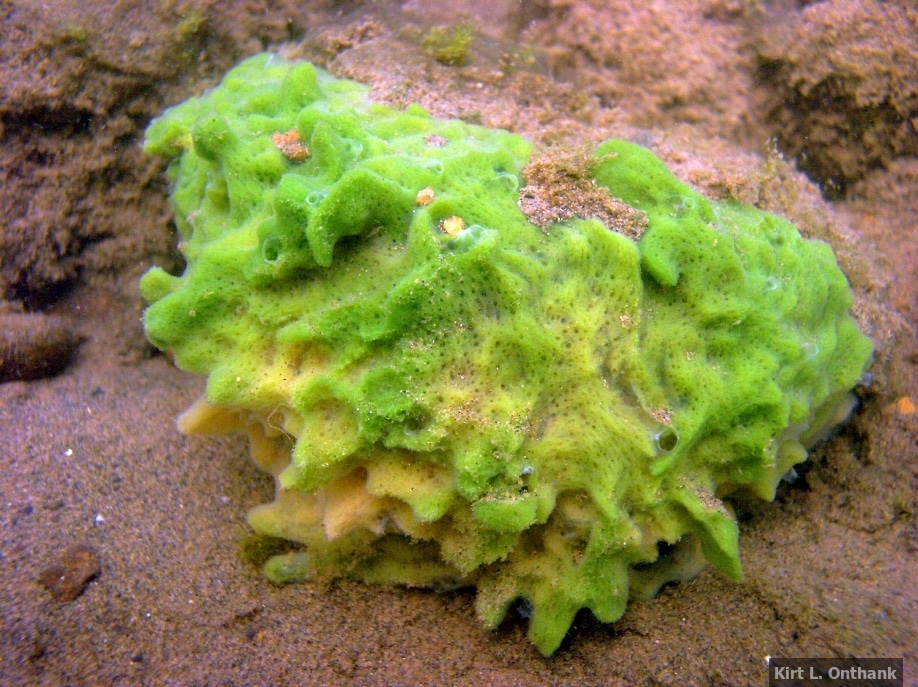 Technically sponges are animals, but (speaking from a position of scientific ignorance) it’s difficult to see why they’re not called plants. Sponges don’t have eyes or a brain or a pancreas; in fact, they haven’t got any organs at all. And they haven’t got nerves or a circulatory system, like other animals. Some species even grow roots into the ground. Come on, biologists; sponges must be plants! It’s obvious! 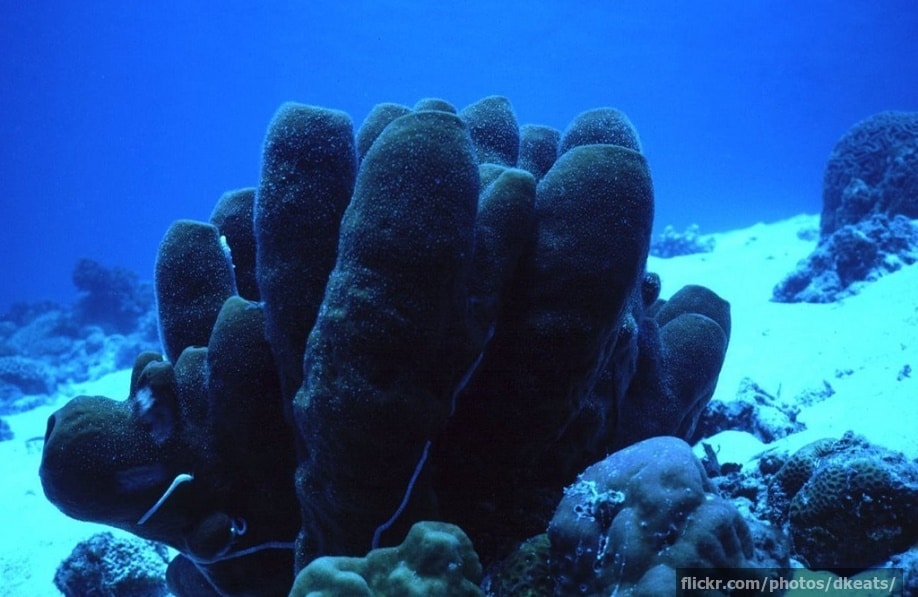 The sponges we use at bath time – Spongia officinalis, if you really want to know – mostly grow in the Mediterranean, although they can also be found in the Caribbean (along with the Caribbean fire sponge, which you definitely don’t want to wash with). Some species of tropical sponge can live for hundreds of years – I imagine that, of all the experiences a 200-year-old sponge could have in its life, being rubbed all over someone’s naked body must be the worst. 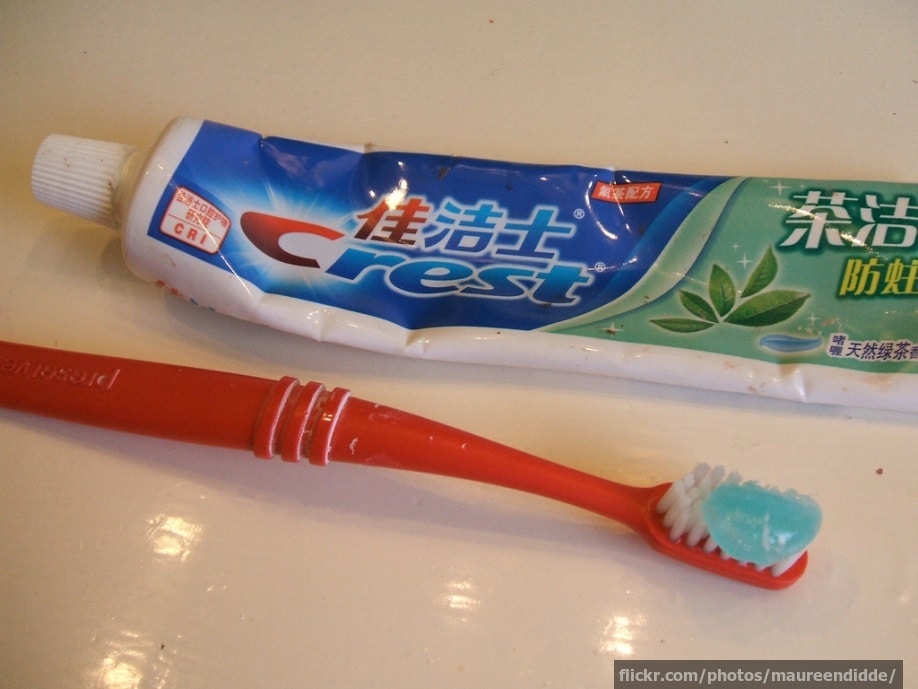 Toothpaste comes in a bewildering variety of forms – some freshen breath, some whiten teeth, some fight plaque – so it really makes you wonder why anyone’s still buying the standard one, without any of those benefits. Are there really people so stuck in their ways that they’d risk their oral hygiene rather than upgrade? “I chose a toothpaste brand in 1946 and I don’t see any reason to change it now. Of course, my breath stinks and most of my teeth have fallen out…” 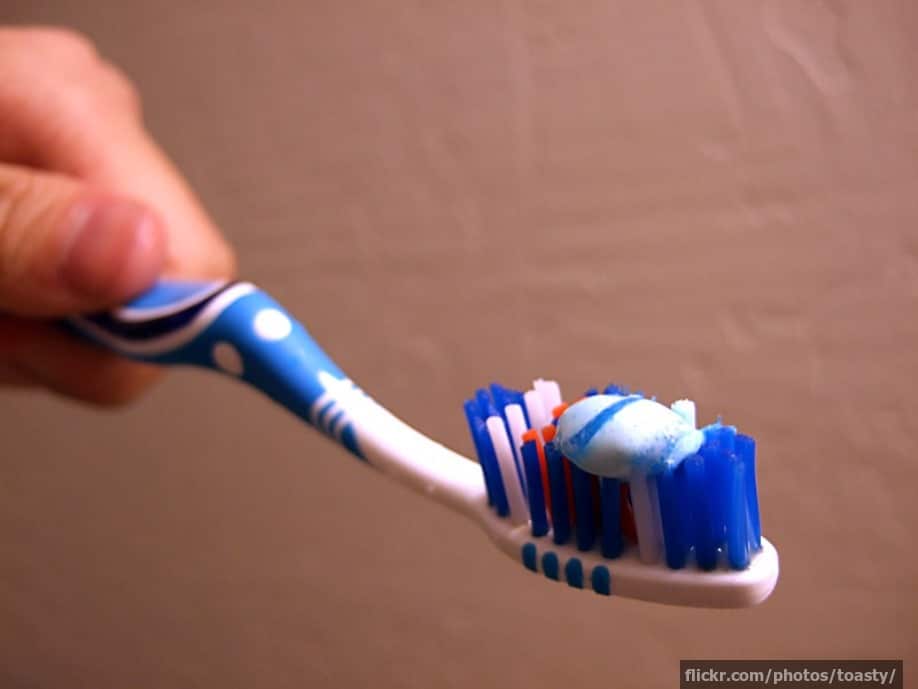 The difficulty with toothpaste is that it needs to be strong enough to rub off red wine stains, but not so strong that you start brushing off bits of teeth. The ancient Greeks recognised this, and decided to add abrasive elements to their toothpaste. Unfortunately, what they added was crushed bones and oyster shells, both of which are disgusting. The recipe for toothpaste continued to improve over the years, but it wasn’t perfected until 1955, when an American called Leonard Marraffino worked out how to put a stripe in it. 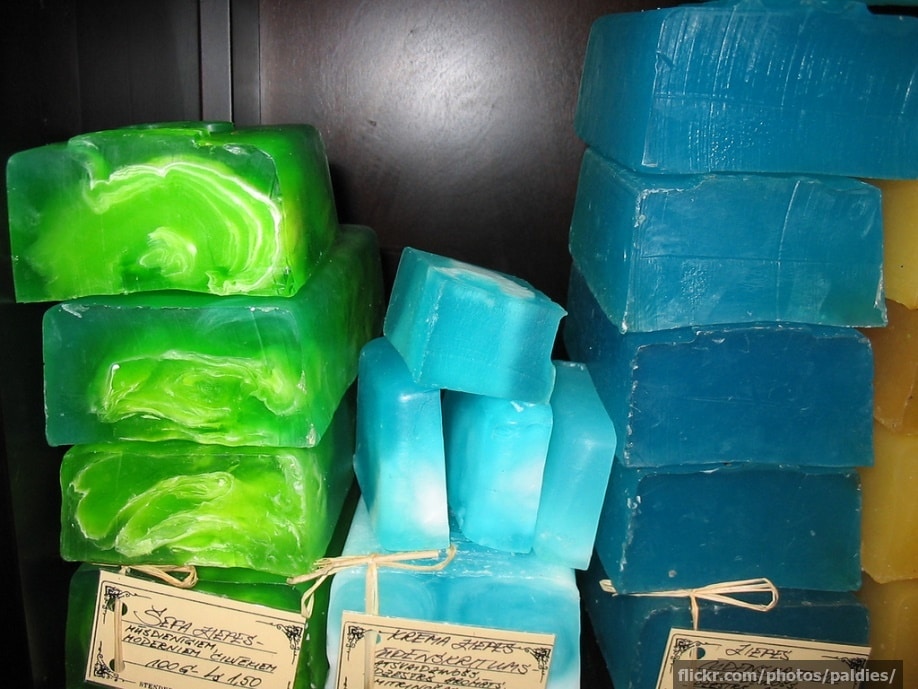 I don’t really understand the chemistry but, at a basic level, soap is made by mixing vegetable or animal fat with an alkaline solution. It’s strange to think that you can make your skin cleaner by rubbing beef fat onto it, but it seems to work – maybe the effectiveness of the animal fat is something to ponder next time you’re rubbing soap into your face (perhaps using a piece of dead sponge). 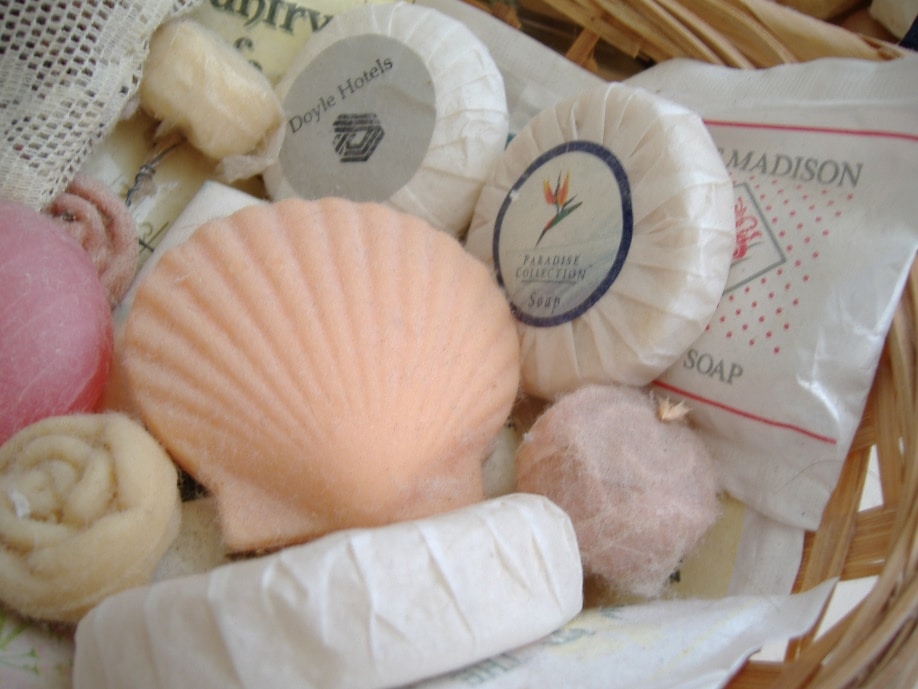 The earliest evidence of soap production is found in the Middle East and dates to around 2800 BC (it’s not clear how people kept themselves clean before this). There are a variety of specialist soaps found in the area, the most famous of which is aleppo soap – an entirely animal-fat-free soap made with olive oil and bay tree oil. 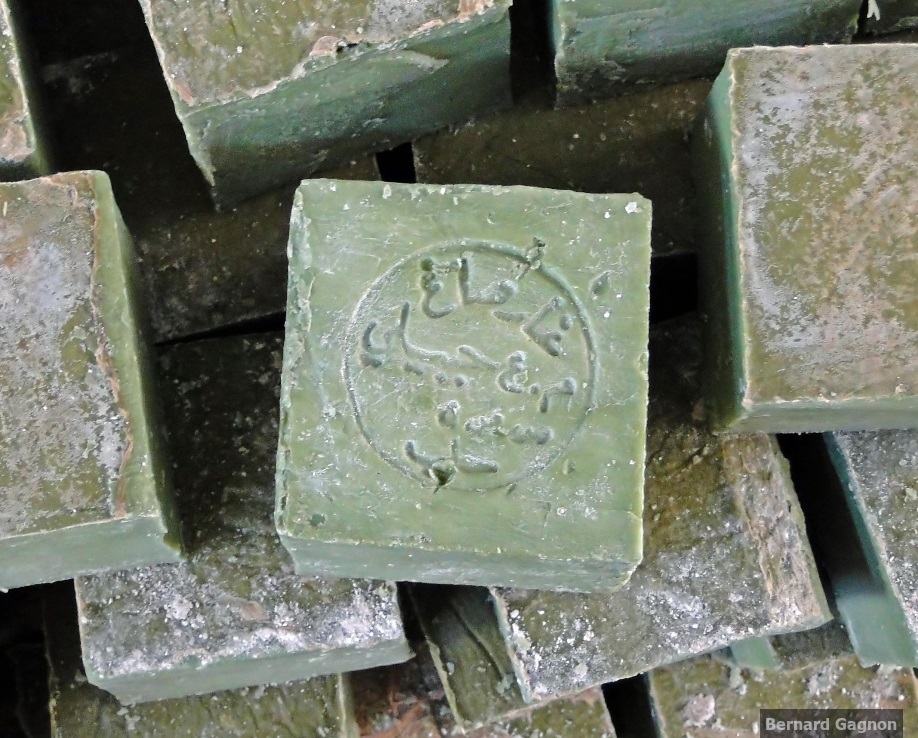 Aleppo soap floats on water and, perhaps even more impressively, the bay tree oil has been shown to reduce the growth of skin cancer and other tumour cells. That’s in addition to its antibiotic, antifungal and anti-itching properties. It’s like some kind of magic soap – the only thing it can’t do is stop hairs getting stuck to it. 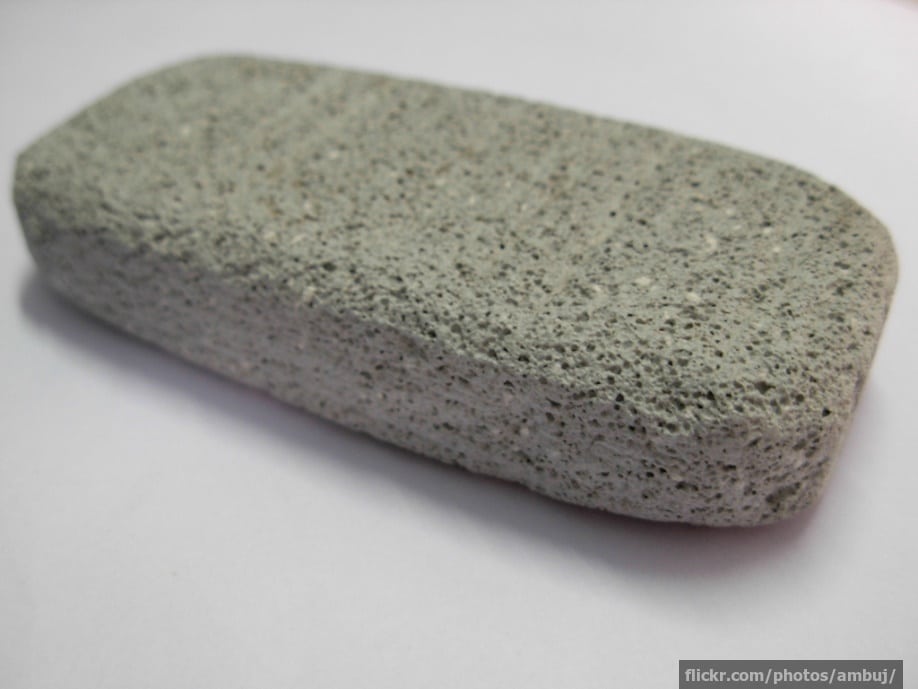 Pumice stones are used as part of the pedicure process to remove dry skin (probably mostly from the heel, if my own feet are anything to go by). Hopefully it’s not sexist to suggest that pumice stones are mainly used by women – women whose foot skin is so hard they’ve got to rub it off with a rock. 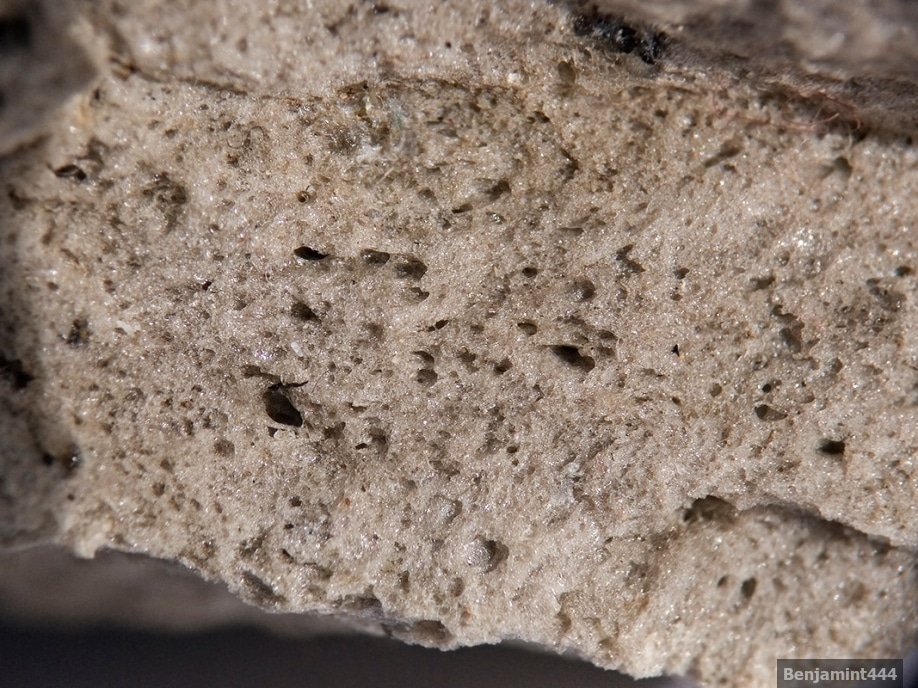 Despite their boring use, pumice stones are formed in an exciting way – by volcanoes. Molten rock that has been under a lot of pressure gets suddenly released, causing gas bubbles to form, and if the rock cools quickly enough it can harden with these bubbles still trapped inside. Sometimes, underwater volcanic eruptions can release huge amounts of pumice – in 2012, an eruption off the coast of New Zealand left a pumice raft 300 miles long and 30 miles wide floating around in the ocean. 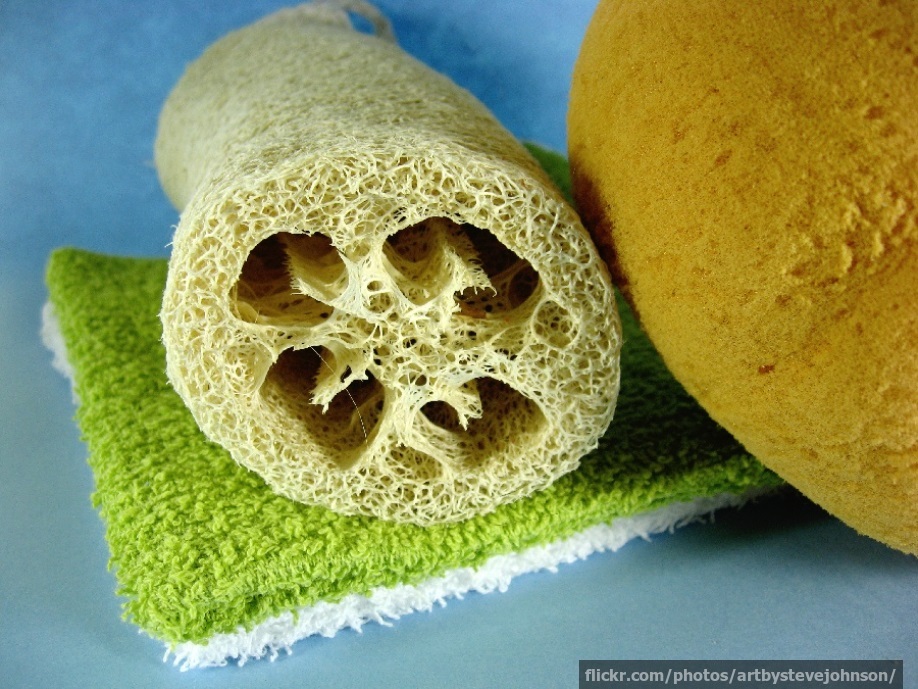 Until today, I didn’t know what a loofah was. I’d seen them in (other people’s) bathrooms, but I’d never stopped to think about how they got there – I guess I’d just assumed they were a weird type of sponge or something. But they’re not. So, unless you’re the sort of person who spends their time Googling “Where do loofahs come from?” you’ll probably be as surprised as me to learn that they’re made of cucumber. 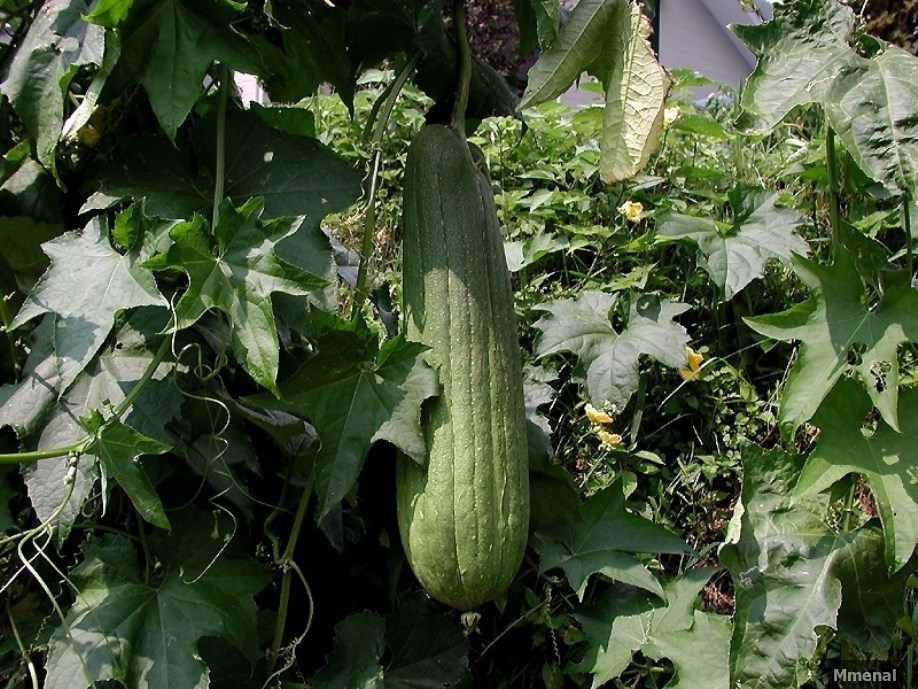 It probably goes without saying that you can’t just pop to the shops, buy a cucumber, and think that you’ve sorted both lunch and bath time (for a start, you can’t eat the cucumber and wash with it – it’s one or the other). The cucumbers used are a tropical variety sometimes called the Vietnamese luffa or Chinese okra. The fruit are processed to remove all the messy wet bits, leaving just a firm mesh of fibres that can be used for scrubbing – meaning that you can rub your body with a cucumber as well as putting slices of one over your eyes.