As the Specials once pointed out, this town is coming like a ghost town; all the clubs have been closed down. But sometimes it takes a lot more than a lack of nightlife to create a ghost town.

There’s something almost endearingly charming about ‘futuristic’ designs from the 50s and 60s. If you ever watched the Jetsons and thought “Gee, I’d love to live there,” then get into your suitcase hover car and drive down to the houses of Sanzhi Pod City in Taiwan (remembering of course to get your travel insurance too). 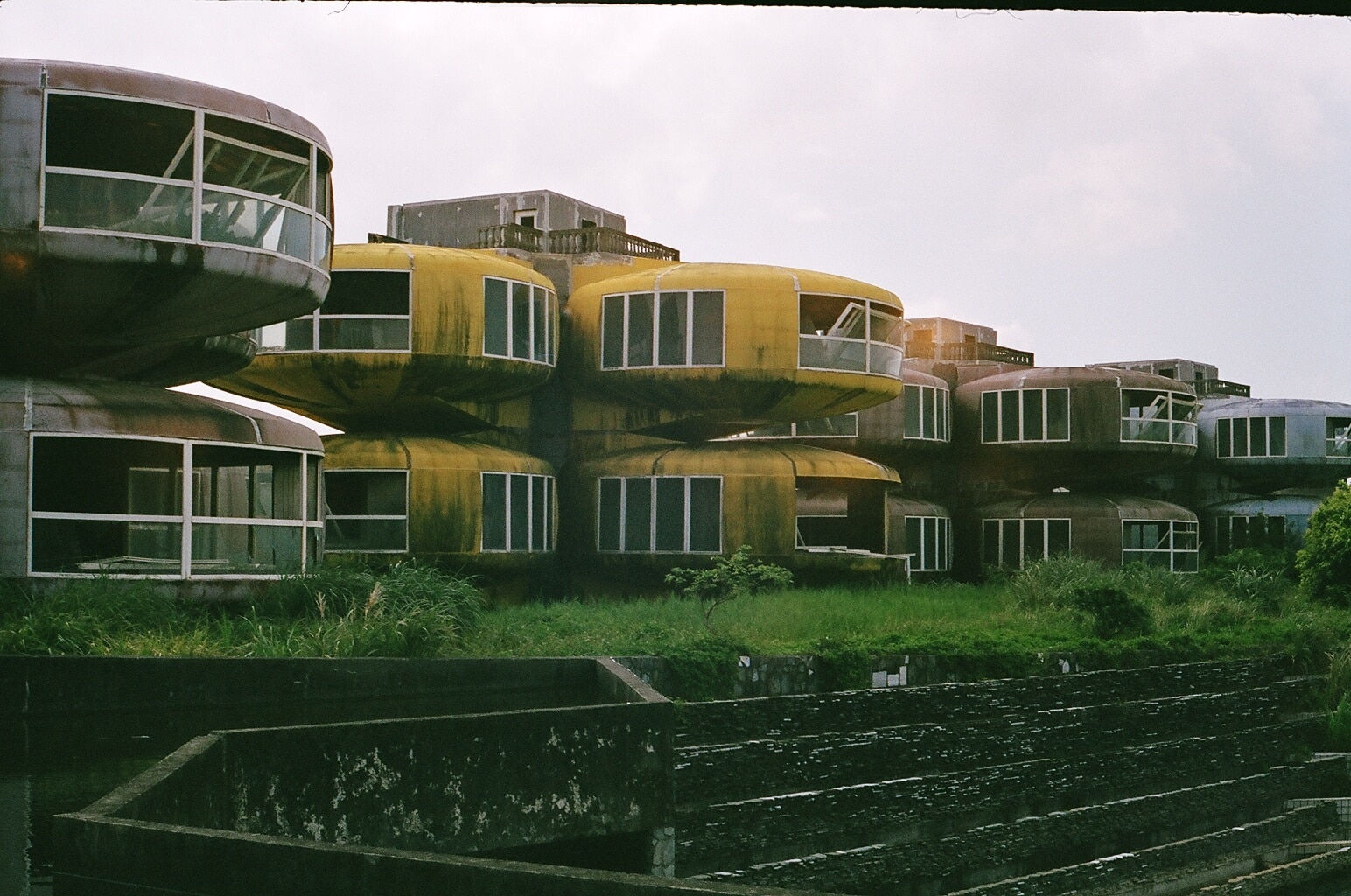 Oh, never mind, it turns out that they were all destroyed by 2010. Sorry about that. 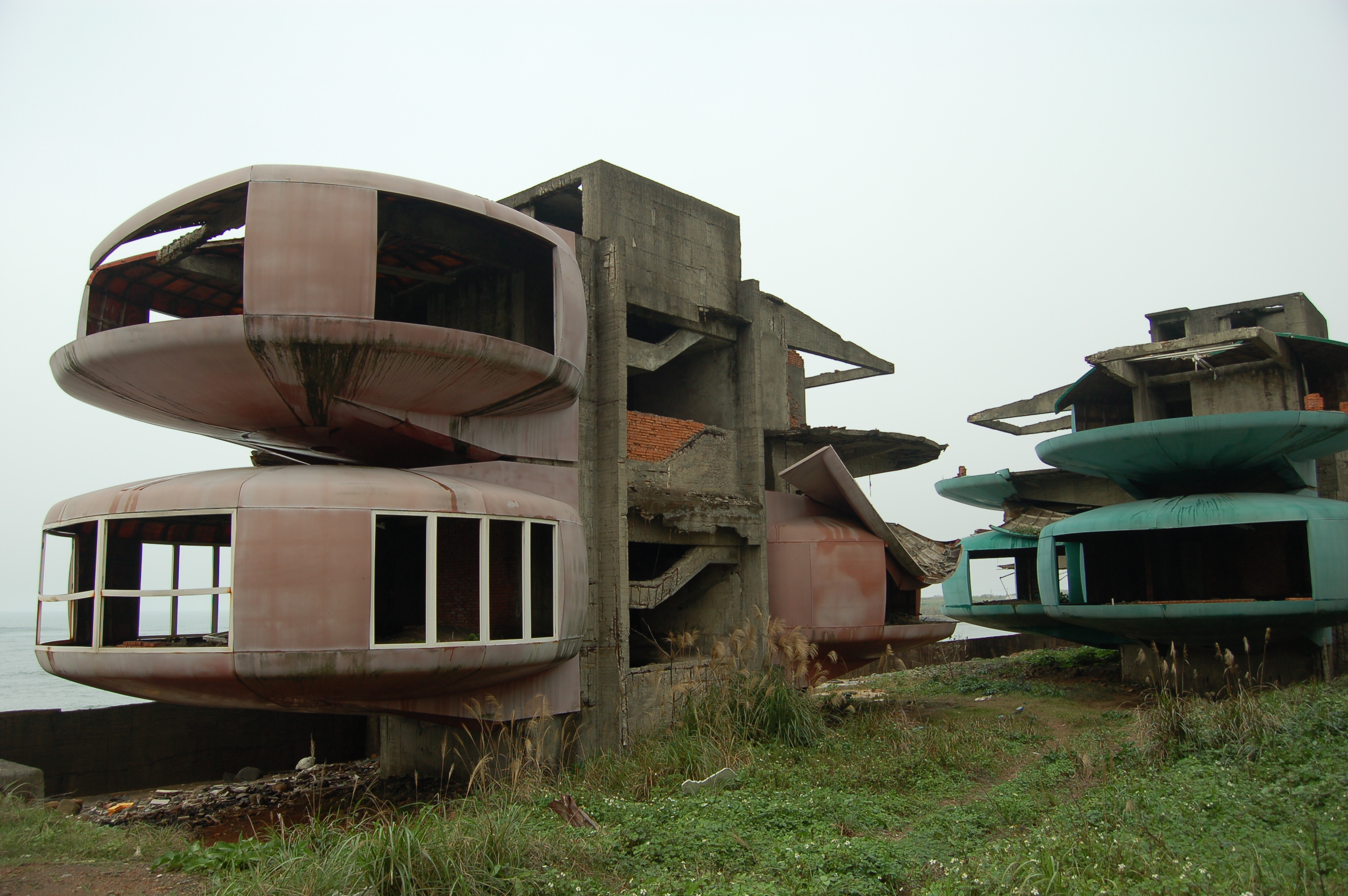 Commissioned by the Government of Taiwan as a luxurious holiday retreat for rich citizens, all the houses were, inexplicably, crazy flying saucer shapes. The city was abandoned since 1980 after some bad investments and a few car accidents, and remained empty for 30 years. Due to the government’s apparent desire to distance itself from the development, we still have no idea who the architects were.

During the early 2000s Spain had something of a construction boom, and some bright spark spent almost £10 billion on this huge development. However, they didn’t bother to include such creature comforts as water or gas into the plans.

Amazingly some of the apartments were sold, but less than 30% of them were ever occupied. Funny that. Turns out people like having access to water. Who knew?

If you ever want to see the Eiffel Tower and those rather beautiful Parisian houses, but don’t fancy going to France itself, why not book a flight to this gated community near Shanghai? 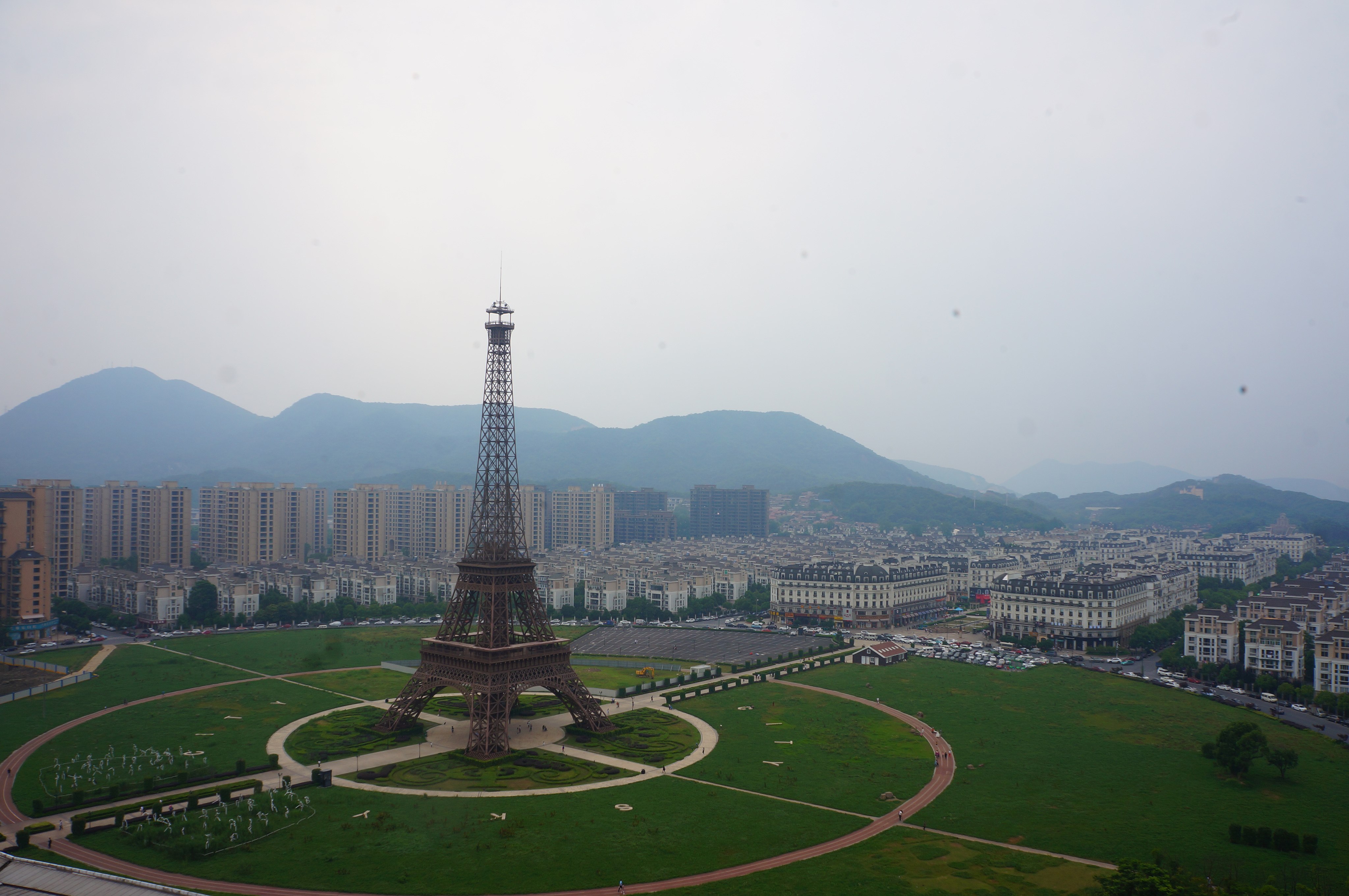 It was built in 2007 by a real estate company and includes an Eiffel Tower and the Champ de Mars. You can bring plenty of friends with you too, because a population of only 2,000 people lives here despite there being room for at least 100,000 residents.

Also known as Battleship Island, this small (or as an estate agent might describe it “cosy”) mining facility close to Nagasaki was home to more than 5,000 people when it was active between 1887 and 1974. 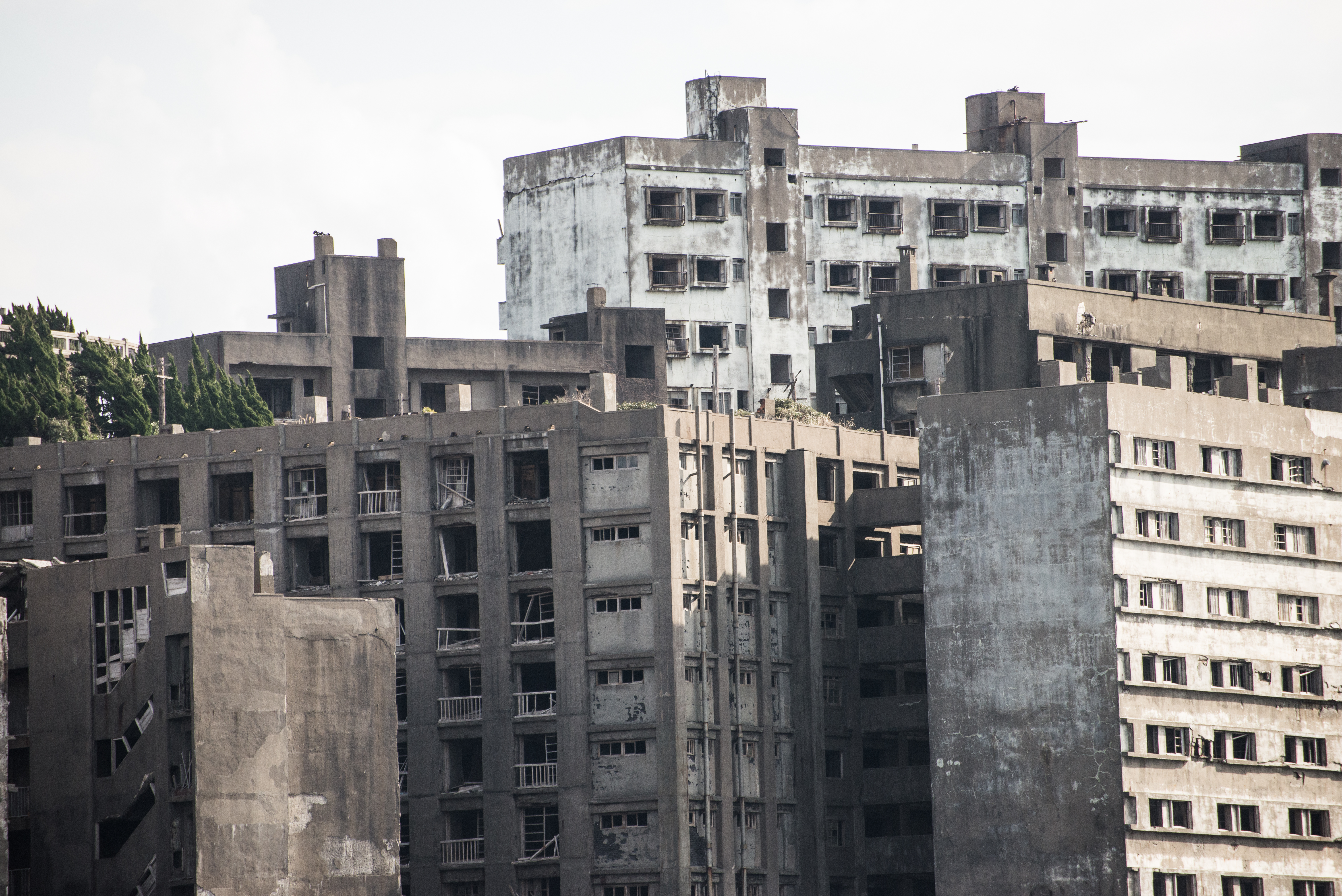 When Japan began to use more oil than coal, the island’s owners Mitsubishi closed it and it remained empty for 35 years before access was permitted for tourists. Bond fans may well recognise it as Raoul Silva’s hideaway from Skyfall. 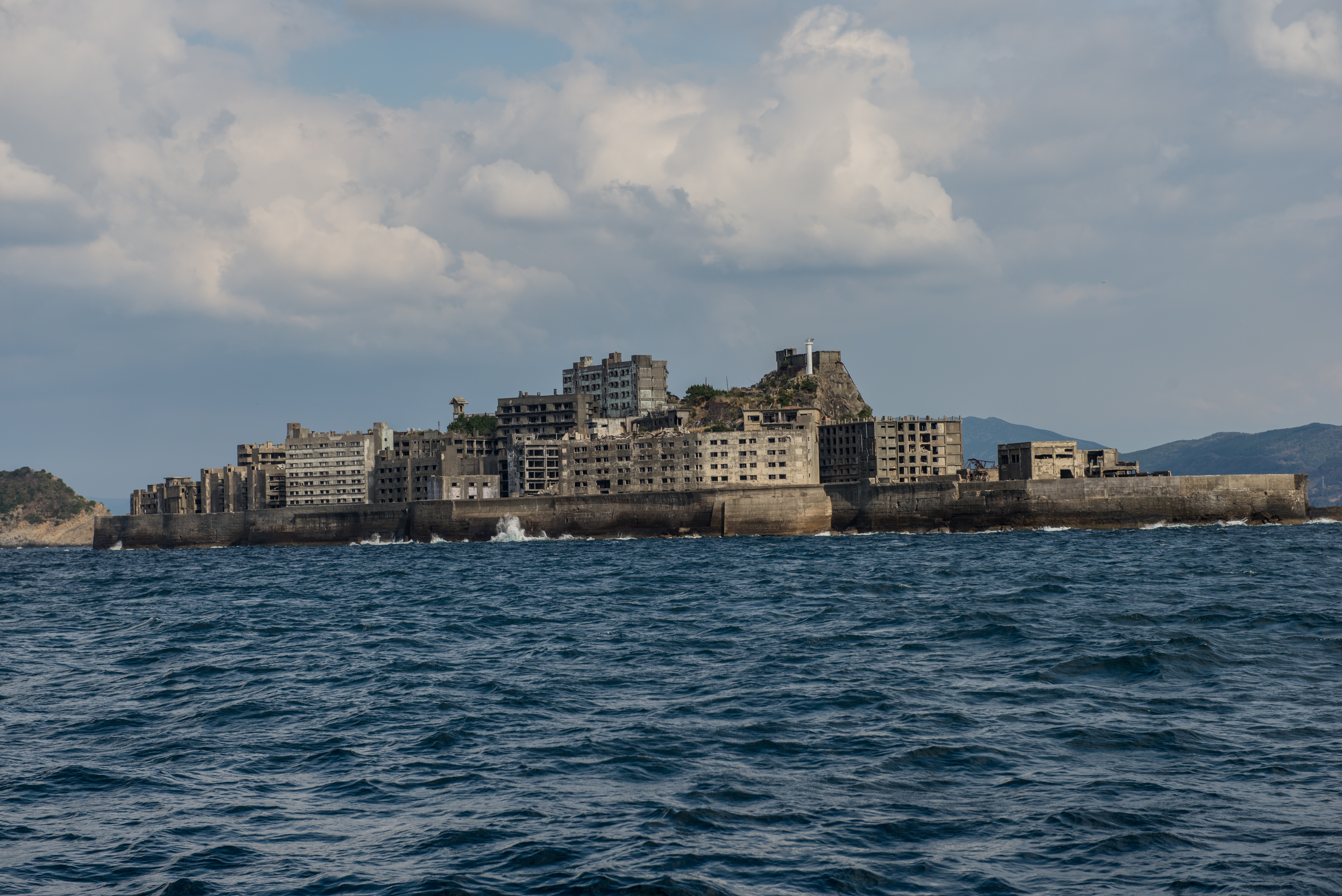 If you’re interested in reading about more ghost towns, or you’ve already visited these four and need inspiration for your next trip, then you can read about five other ghost towns in our blog post from 2011 (a post so old it’s almost a ghost itself).