Rocks are funny things. If you’ve got a passion for geology, then you most likely find rocks to be quite fascinating. However for most of the rest of us, naturally occurring solid aggregates of minerals probably aren’t the most thrilling things in the world. Luckily, some rocks are made far more appealing purely by the fact that they resemble something other than a rock. So we’ve scoured the globe (and beyond) to come up with our top five “rocks that look a bit like people”. Hey, sometimes it’s hard to come up with travel insurance related content! 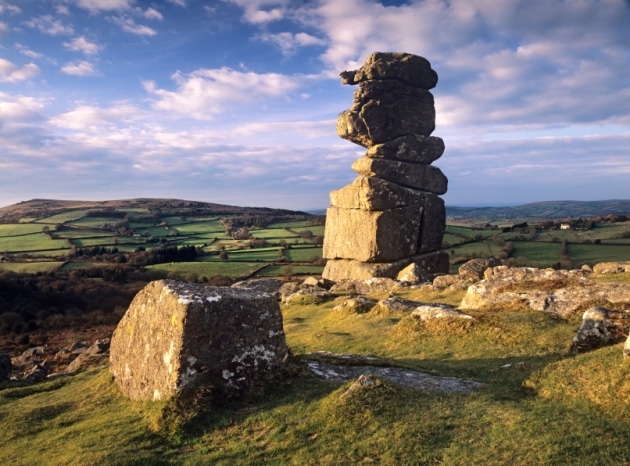 Situated on the Northern slopes of Hayne Down, Bowerman’s Nose consists of a stack of granite that, with a little imagination, sort of resembles a human face. According to local legend, the rock formation came to be when a huntsman named Bowerman got on the wrong side of a coven of witches.

After he inadvertently knocked over their cauldron while hunting a hare on the moor, the witches decided to punish Bowerman, and he was lured into a mire and turned to stone. However, it hasn’t all been doom and gloom for Bowerman as his rocky form is well-loved by the local community, and has gone on to grace many a postcard. 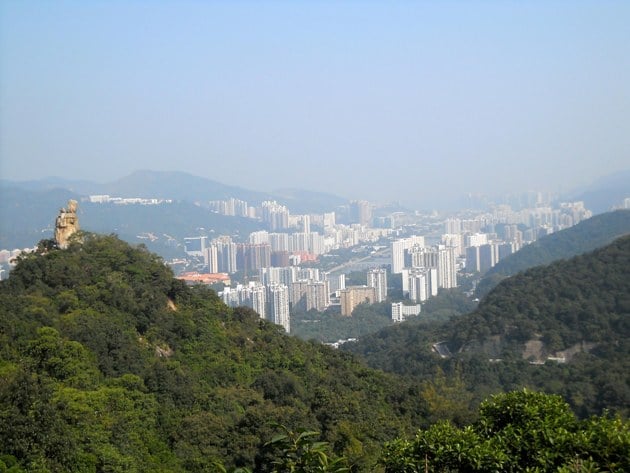 Although being turned to stone is normally regarded by most people as a punishment, apparently it can also be a reward, as in the case of Hong Kong’s Amah Rock. Resembling a woman carrying a baby on her back, the rock is believed to have been created after a fisherman’s wife began climbing a hill with her son to watch for the safe return of her husband.

Unaware that he had drowned at sea, she was eventually turned into stone by the Goddess of the Sea so that her spirit could be reunited with her husband’s. The 15-metre-tall hilltop rock remains a popular tourist attraction, and is also widely seen as a symbol of the loyalty and faithfulness of women. 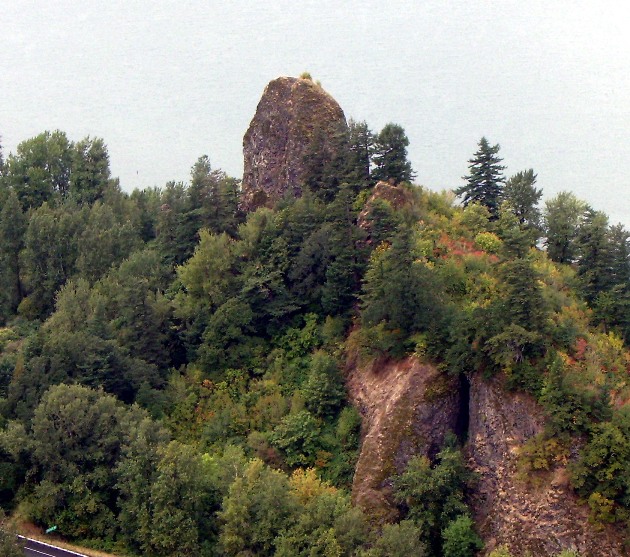 Admittedly this rock doesn’t actually look like a person, however it does look like a certain part of a person, more specifically, a male person. Rooster Rock, located in Rooster Rock State Park, is a column of basalt that has formed in an undeniably phallic shape.

Originally named “Cock Rock” (no, really), the name was changed to avoid offending members of the public. And, as if things weren’t bad enough, a nudist beach is also situated nearby. Probably not the best place to strip off if you’re a man with low self-esteem…

If you want to see the Rooster Rock in all its, ahem, glory, we suggest you do a Google Image search.

If you’re flying over Canada and happen to see a giant native American listening to music, then try not to be too alarmed. Chances are, it’s probably just the Badlands Guardian, a geomorphological feature that looks suspiciously like a human head wearing a pair of earphones when viewed from the air.

It was discovered on Google Earth by small-town grandmother Lynn Hickox, who sparked an internet frenzy by posting her sighting on the Google Earth forum. The name “Badlands Guardian” was eventually chosen by Cypress County Council following a radio competition to find a suitable name. Shame. We thought it looked more like a “Keith”.

The Face on Mars, Cydonia, Mars 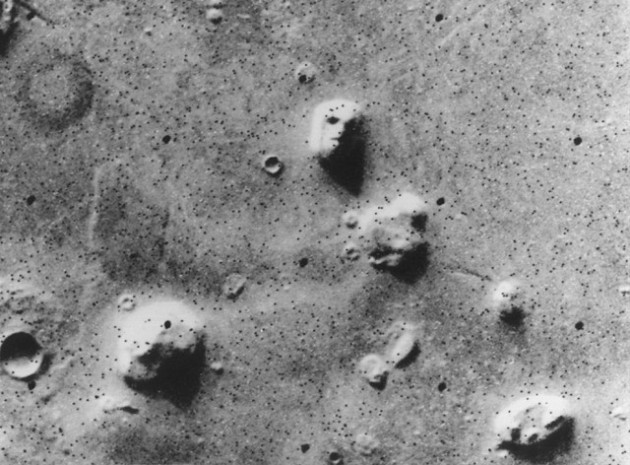 Cydonia, a hilly region of Mars, has attracted a lot of attention purely because one of the hills resembles a human face. The “Face on Mars” was first discovered in 1976 in a photograph taken by the spacecraft Viking 1.

At first, it was dismissed by Viking chief scientist Gerry Soffen as a “trick of light and shadow”, however later images of the same hill at different angles also appeared to show a humanoid face. It has been suggested that the face is evidence of a long-lost Martian civilisation, but for now at least, its true origins remain a mystery.