Home » Blog » 6 ginormous geoglyphs from around the world

Home » Blog » 6 ginormous geoglyphs from around the world

In the 21st century, we’re surrounded by giant images – you can’t walk down the street without a 30-foot Jonathan Ross trying to sell you a TV subscription. In the past, however, people weren’t so lucky and had to create their own pictures from their environment.
These pictures, known as geoglyphs, appear all over the world; carved into rock, written in chalk and planted as trees. If you like hallucinogenic plants, naked men or swastikas, maybe you’ll like some of these: 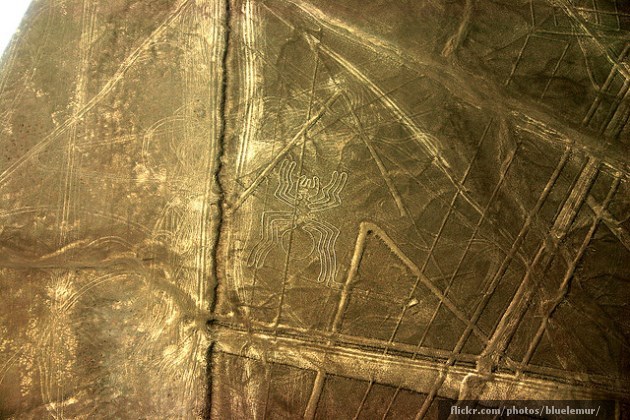 Probably the most famous geoglyphs in the world, the Nazca Lines were created by the Nazca culture and are found in the Nazca Desert near the town of Nazca. They were drawn between 400 and 650 AD by removing dark pebbles from the lighter earth beneath and, in addition to straight lines and geometric shapes, feature hundreds of images of animals, birds, fish and insects. 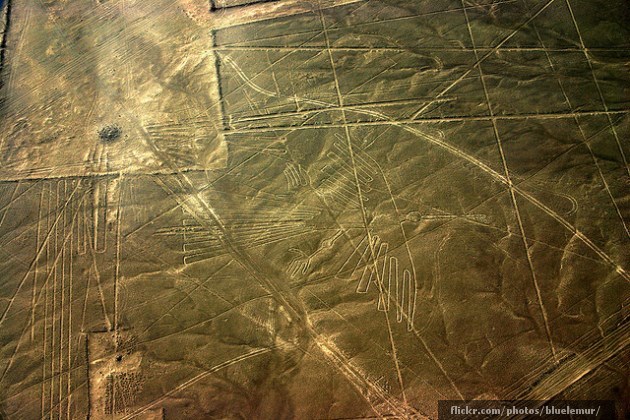 The purpose of the Nazca Lines is unknown and this, along with confusion over how the ancient artists managed to create images that could only be seen from above, has lead to a range of different theories. As usual, one of these theories is aliens. The suggestion here is that the original, straight lines were runways for alien spacecraft and that the more intricate designs were created later as the Nazca people tried to tempt back their extra-terrestrial friends. Exactly what sort of spaceship they expected to land on a runway shaped like a monkey or a spider is not explained, but it’s nice that they made such an effort. 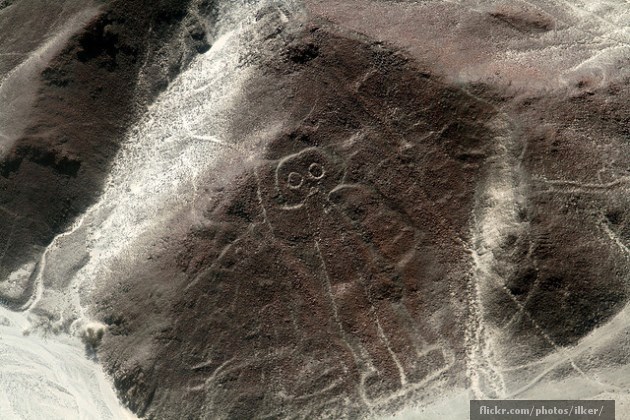 Overall, the idea that Nazca may be an alien airport is an interesting theory, but one for which there is absolutely no evidence whatsoever. 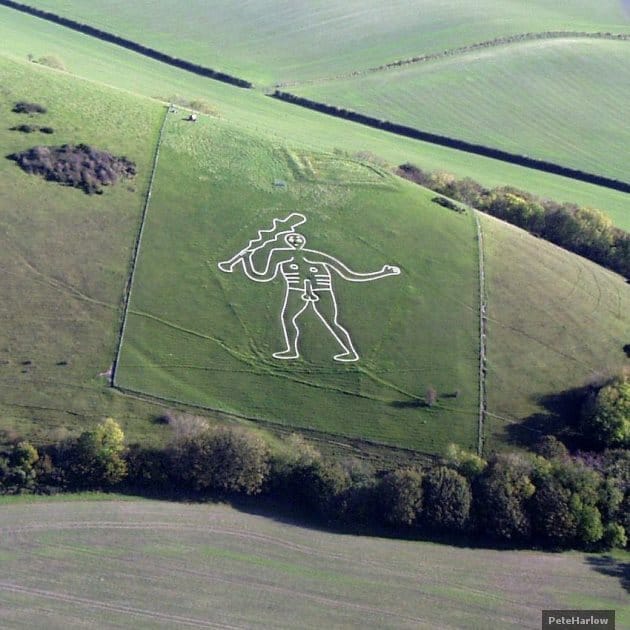 The Cerne Abbas Giant is a figure on a hillside in Dorset. He is 55 metres high. He is drawn in chalk. He is holding a club. There is nothing else notable to say about him. 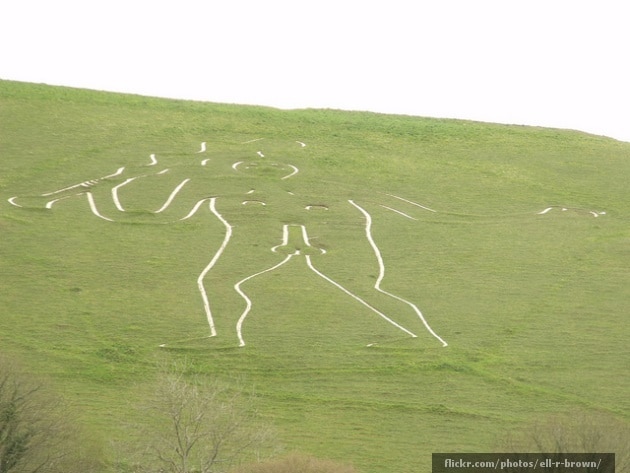 The origins of the chalk giant and his big weapon are uncertain. He was originally thought to be a Saxon deity, but more recent investigations have suggested that the figure is likely to represent Hercules. Studies show that the giant originally had a cloak on his left arm, almost identical to cloaks often seen in depictions of Hercules (although really he should’ve been using it to cover himself rather than just holding it out to the side). Another hypothesis is that the figure was created much later, during the English civil war, as a parody of Oliver Cromwell. We can all be grateful that satire has moved on a bit since the 17th century – images of today’s political elite in a similar style doesn’t bear thinking about. 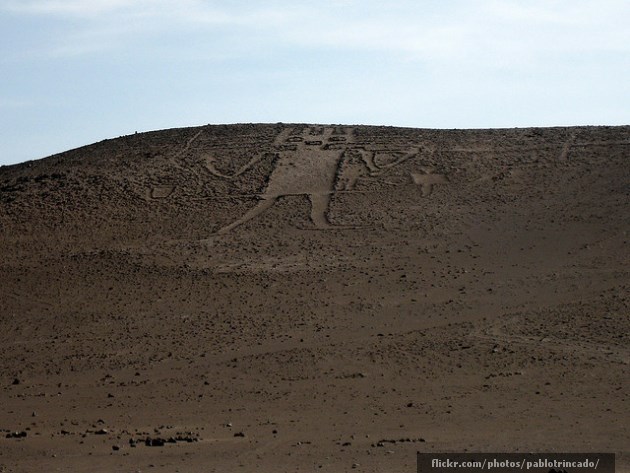 The Atacama Giant in northern Chile is, at 86 metres, the largest human-shaped geoglyph in the world (and, judging by the photos, also the happiest). 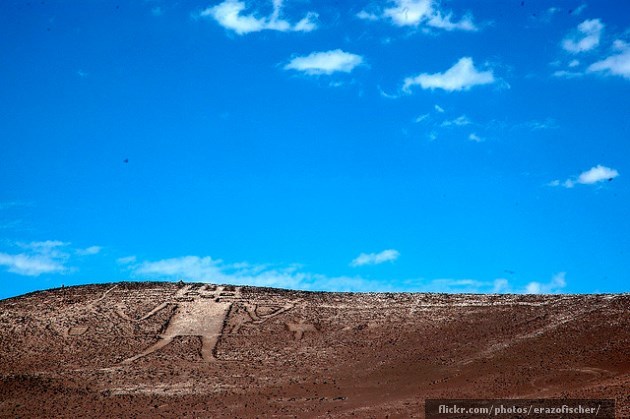 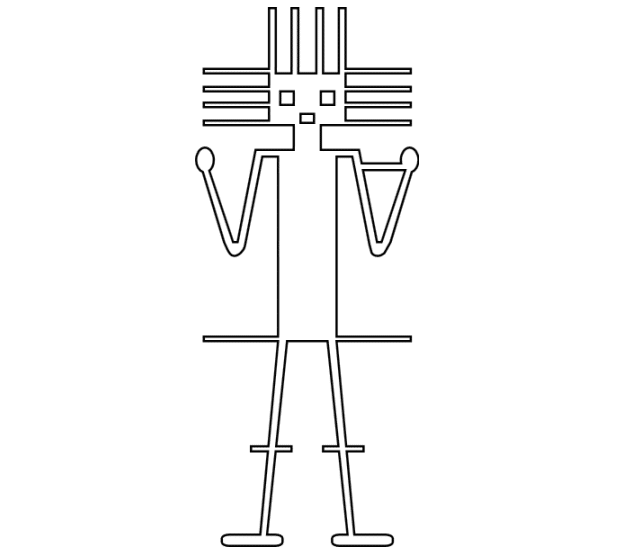 The design of the giant has lead some people to speculate that it’s showing a robot or an alien (again). More serious studies have shown that the lines leading off the figure could be used as a basic calendar; by comparing them to the position of the moon, people could measure the seasons and farm more successfully. Of course, that was 1,000 years ago – these days they just set a reminder on their iPhone. 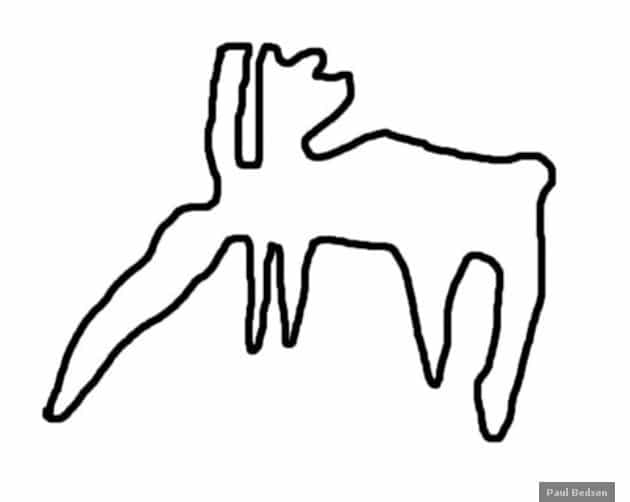 Created sometime between 4000 and 2000 BC, this recently discovered geoglyph may be the oldest in the world. However, the age of the image is no excuse for just how rubbish it is. 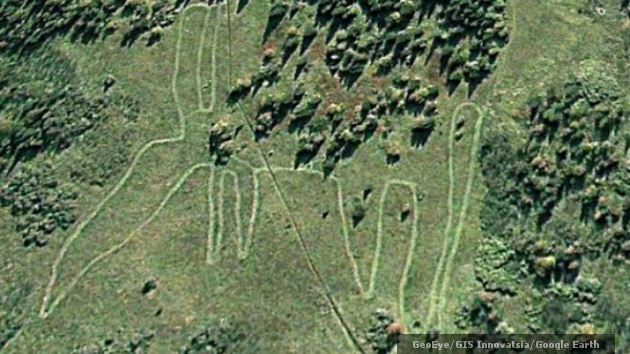 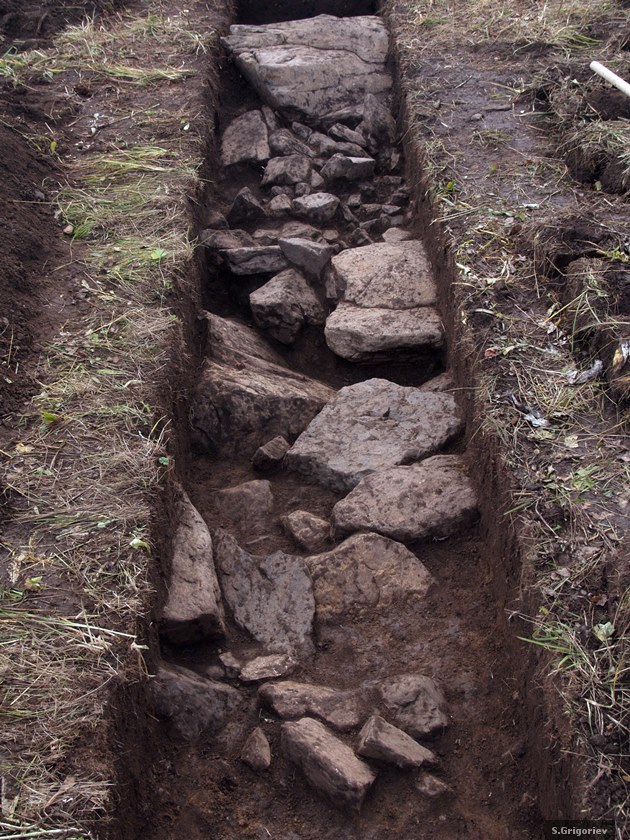 The 275 metre “moose” is formed from trenches cut into the earth then filled with rocks. Its creation must’ve taken a large workforce and a huge amount of time, which makes it even more amazing that no one stopped to question the shoddy design. Seriously, I’m not even convinced it’s supposed to be a moose – it’s like it was drawn by a four-year-old who got bored halfway through. I know it’s six thousand years old, and that’s very impressive, but anything that old would be very impressive. As a drawing of a moose, it’s very, very poor indeed. 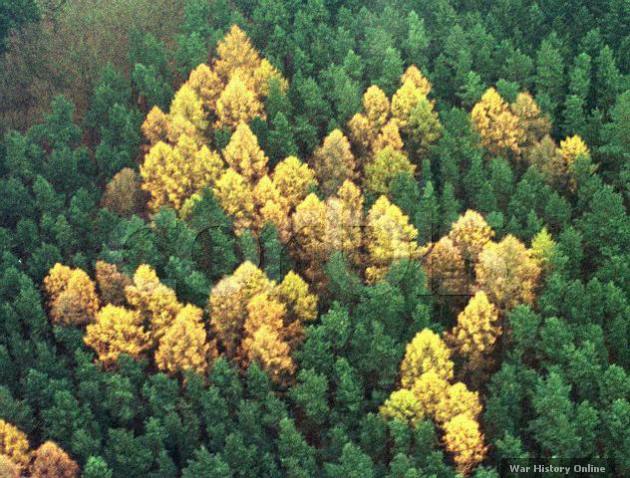 There’s a pine forest in Brandenburg, Germany, with some larch trees planted in it. This doesn’t sound like a very interesting geoglyph and, most of the time, it isn’t. For a few weeks every year, however, the larch trees’ leaves change colour and reveal, against the evergreen pines, a giant swastika. The Nazi symbol is only visible from the air and this, along with its brief appearances, allowed it to stay hidden until 1992.
I like trees and I think it’s a good idea to use the changing colour of their leaves to reveal a hidden picture; it’s just a shame that whoever planted this one chose to draw a swastika. Why couldn’t they’ve planted the larches in the shape of a dog or a smiley face? I’m sure Hitler would’ve been just as pleased with that.
It seems like a lot of effort to plant so many trees and wait for them to grow but, when you expect your Reich to last for 1,000 years, you can probably afford to waste time on this sort of project. Disappointingly for whoever designed the forest swastika, things have changed in German politics and recent governments have decided to cut down the trees. Rather than preserve it as an historical curiosity, the symbol was removed just in case anyone saw it and decided to become a racist. 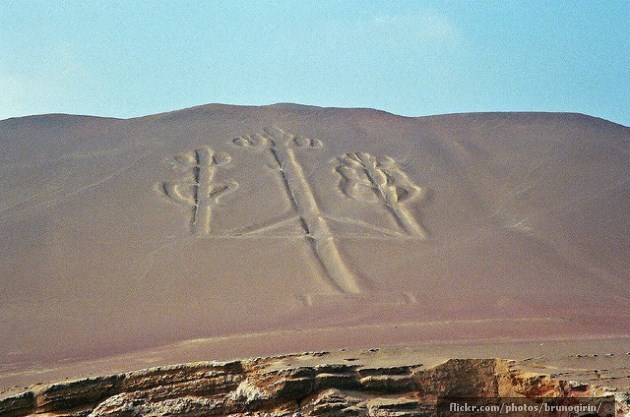 It’s estimated that the Paracas Candelabra was created in 200 BC, making it far older than the nearby Nazca Lines. The shape is cut into the Peruvian hillside and, at almost 200 metres high, can be seen from 12 miles away. 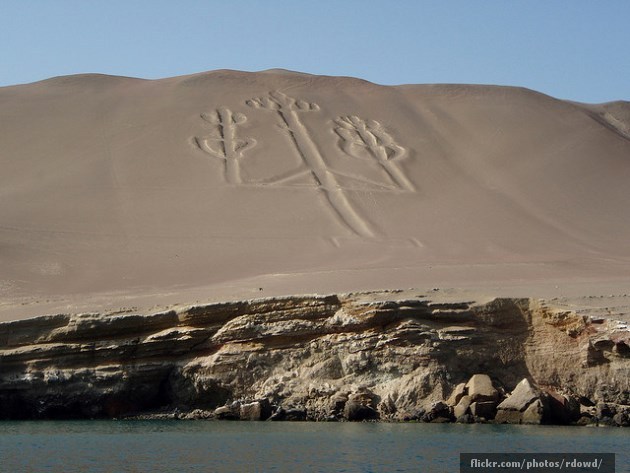 As with most of the other geoglyphs, there are various theories about the Candelabra’s purpose. Some suggest it shows a lightning rod from South American mythology, while others think it’s a navigational device for sailors approaching Peru’s coast. One theory is that the image is a representation of jimson weed, a hallucinogenic plant, which must be something quite special for the Paracas to have bothered making such a big picture of it. It would be interesting to know how many hallucinogens were involved in the creation of some of these other geoglyphs (particularly that rubbish moose).