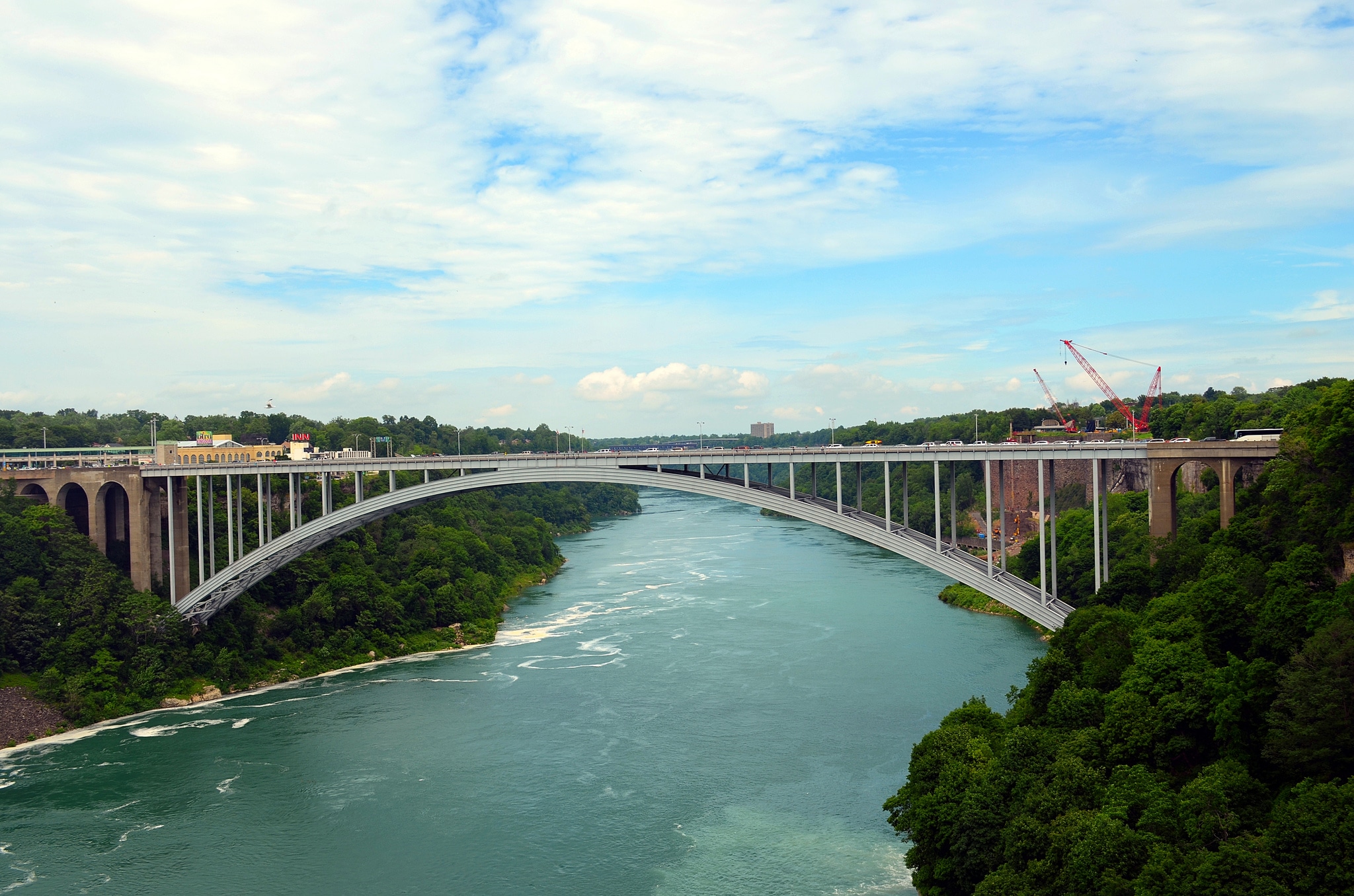 Steve told us about a bridge that connects Canada and the USA, and he’s right – it’s called the Rainbow Bridge. It spans the Niagra River gorge and links Niagra Falls in New York to, ahem, Niagra Falls in Ontario. The bridge was built to replace an earlier one, called Honeymoon Bridge, which collapsed in 1938 due to an ice jam in the river. 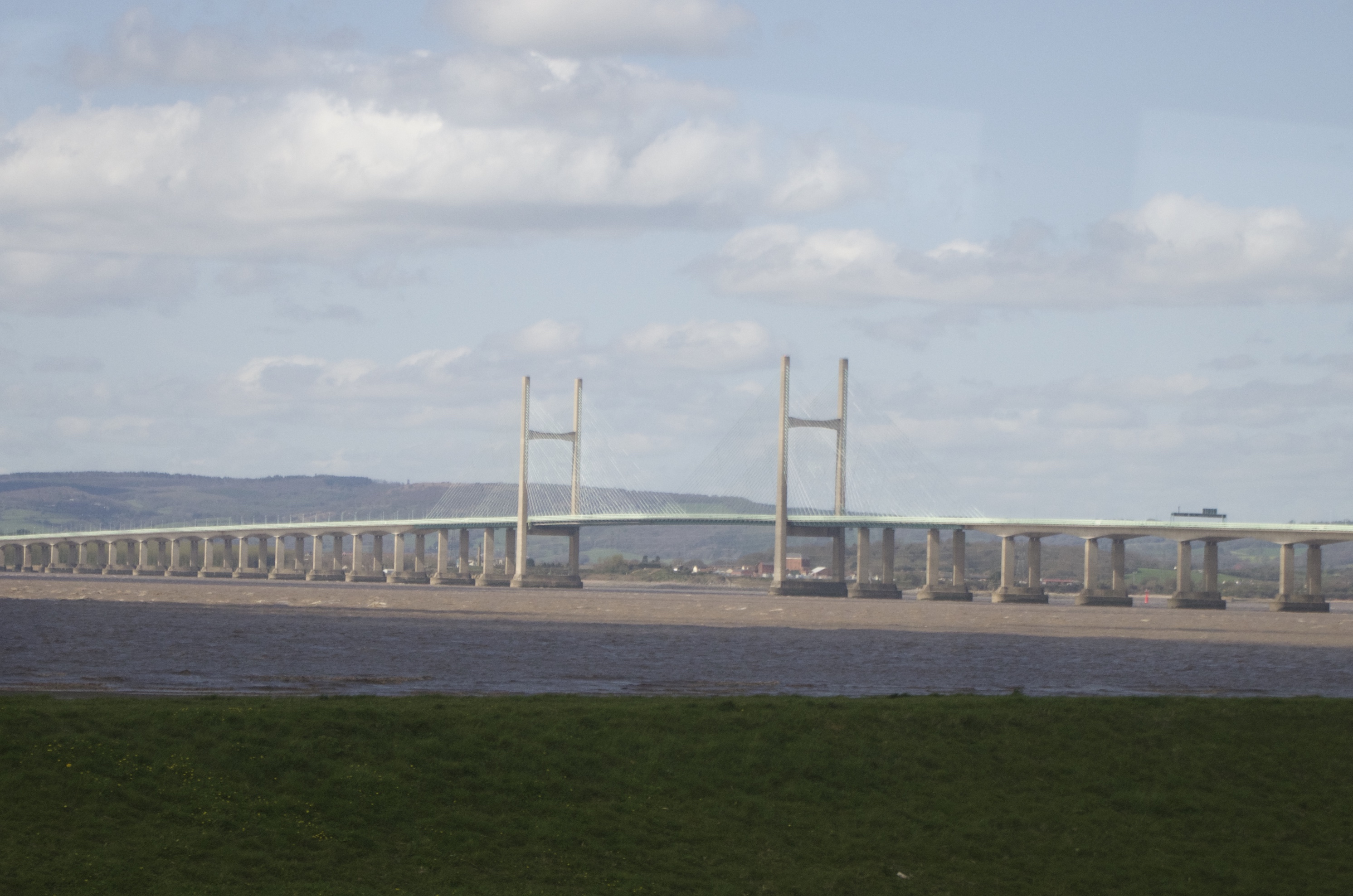 This isn’t a very exotic one but it’s definitely a bridge connecting two countries – Jennifer, Darryl and John all reminded us about the Severn Bridge, which connects England to south Wales. It spans the River Severn and the River Wye, carrying the M48 motorway from Aust, South Gloucestershire to Chepstow, Monmouthshire. The bridge took three and a half years to build and replaced the Aust ferry. 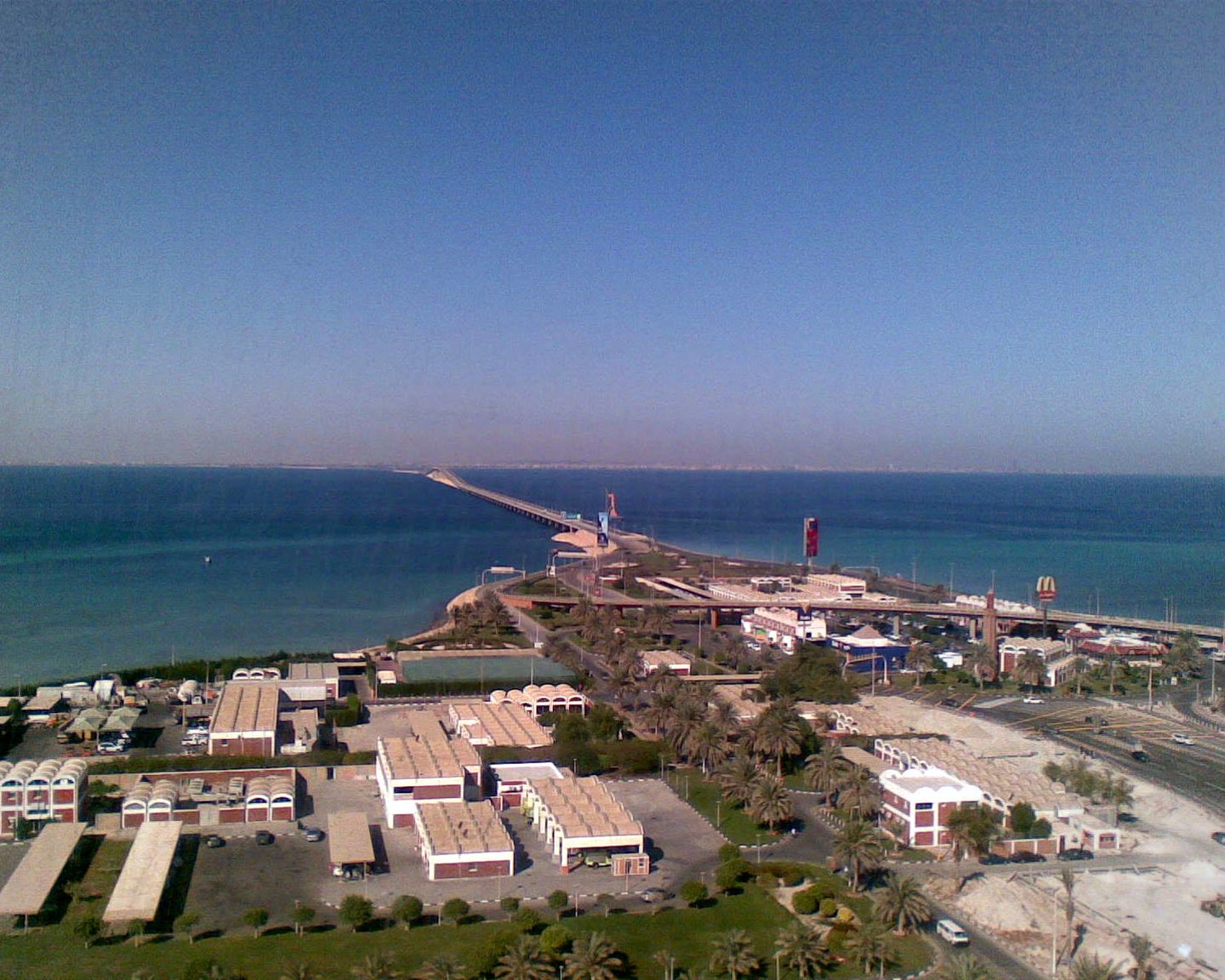 Mary told us about the King Fahd Causeway, which apparently connects Bahrain and Saudi Arabia. But unlike the Øresund Bridge, it actually goes all the way! OK, it does cheat a little bit – it’s actually made of multiple bridges and causeways. It spans the Gulf of Bahrain and measures at 23 miles long, which is pretty length.

Kevin told us about the Lifford Bridge, which connects the Irish town of Lifford to the Northern Irish town of Stabane. It carries the A38 across the River Foyle, linking the two halves of the island of Ireland. It’s only a diddy one by comparison with the others, stretching for only 377 feet. 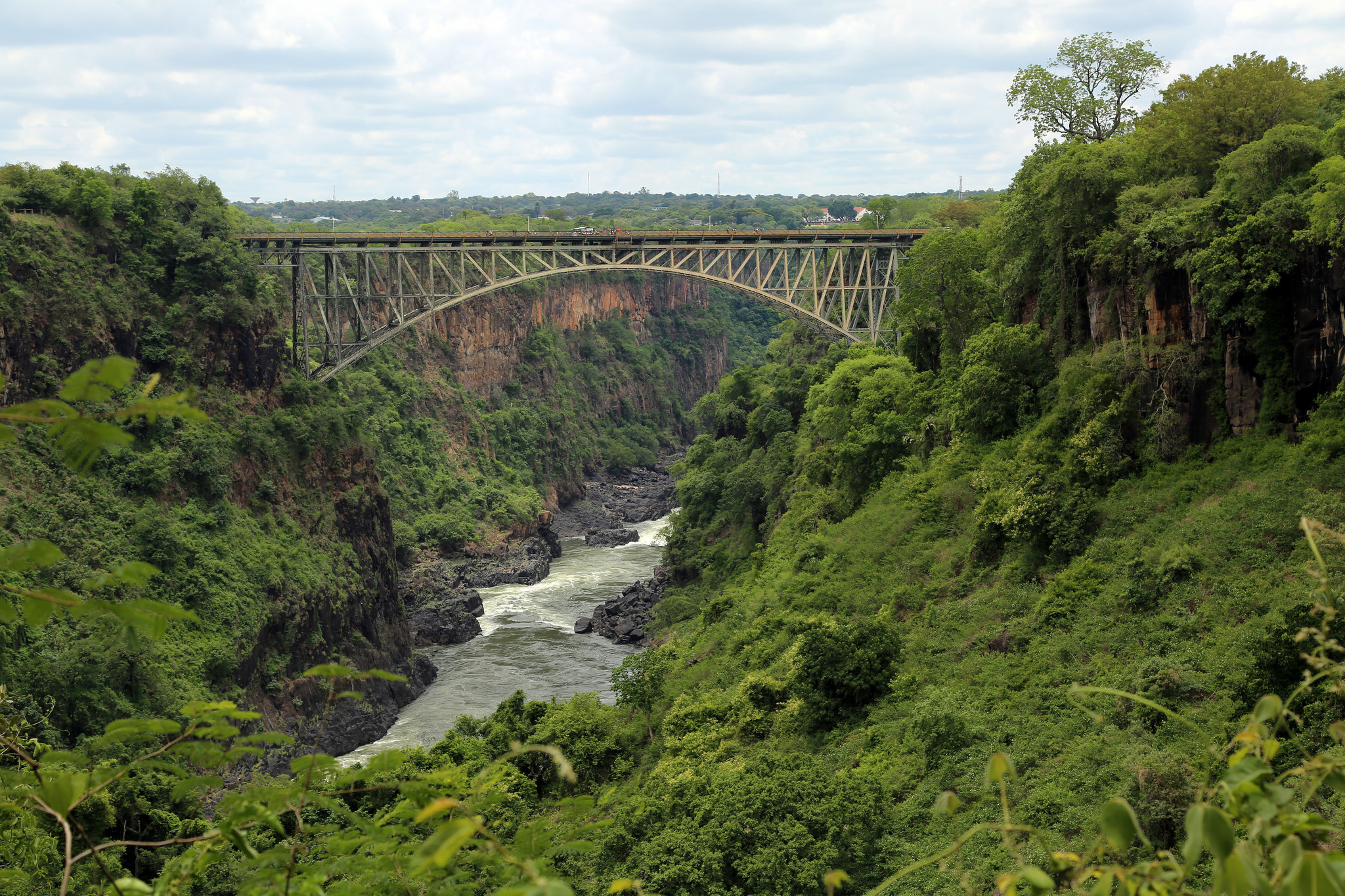 Rosie had only just crossed the Victoria Falls Bridge, which connects Zambia and Zimbabwe, when she read our email! It crosses the Zambezi River just below the Victoria Falls and stretches for 650 feet. The bridge connects the towns of Victoria Falls in Zimbabwe with Livingstone in Zambia. Rosie told us people bungee jump from it! 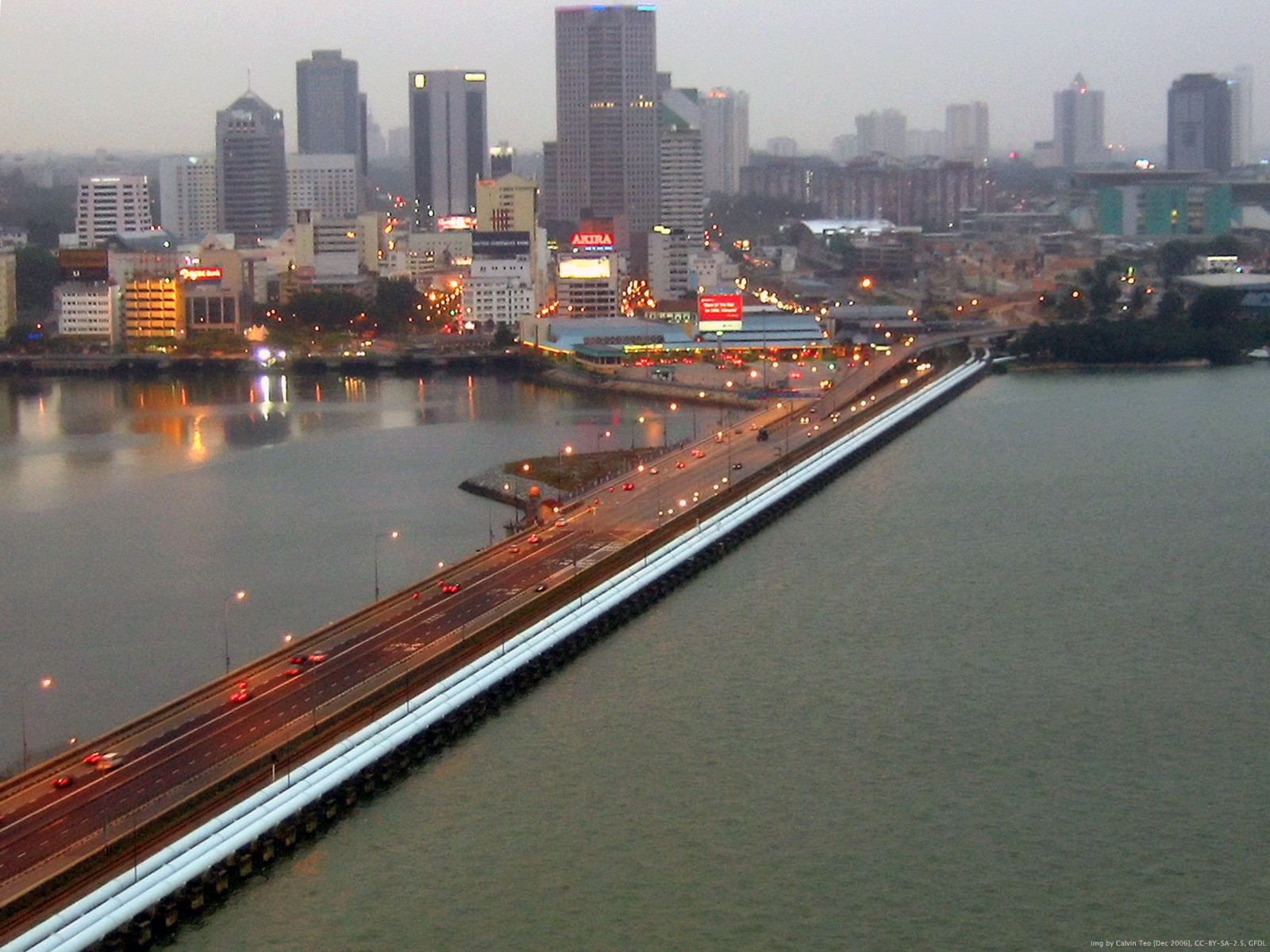 Both David and Graham told us about the Johor-Singapore Causeway, which connects Malaysia and – you guessed it – Singapore! It spans the Straits of Johor, linking the city of Johor Bahru in Malaysia with the town of Woodlands in Singapore. The causeway stretches for over 3,500 feet and acts as both a rail and a road bridge.

Do you know of any more bridges which link two countries? If you do, let us know in the comments or email social@insureandgo.com.