Home » Blog » Baarle-Hertog: The Belgian town that’s in the Netherlands

Borders between countries can be a bit confusing. Often these boundaries are disputed, or unclear, or follow a seemingly random wiggle through the countryside. In some parts of Africa and the Middle East, the borders follow completely straight lines (probably drawn on the map by an old British general in one afternoon). One of the most confusing borders in the world is between Belgium and the Netherlands, where various historical agreements/disagreements have left little bits of a Belgian town stranded in a foreign country. 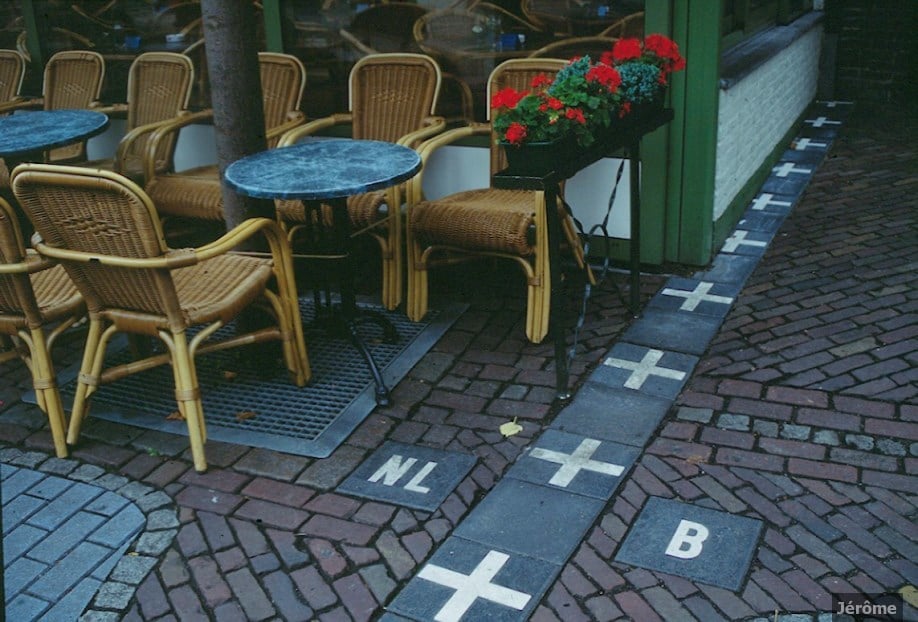 Cafe in Baarle-Nassau, showing border between Belgium and the Netherlands

Baarle-Hertog is a Belgian town in 24 pieces, 22 of which are in the town of Baarle-Nassau in the Netherlands. On the map it looks like these pieces have broken free from Belgium and floated a couple of miles north – they’re like islands but, instead of being surrounded by water, they’re surrounded by Dutch people. 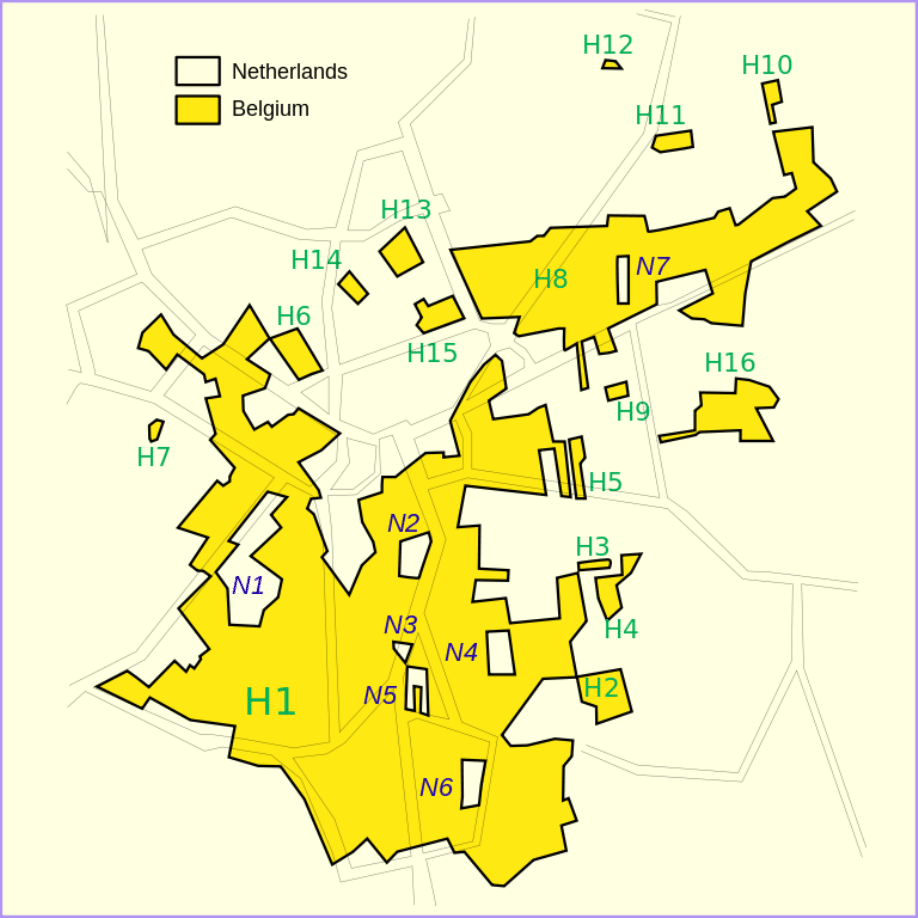 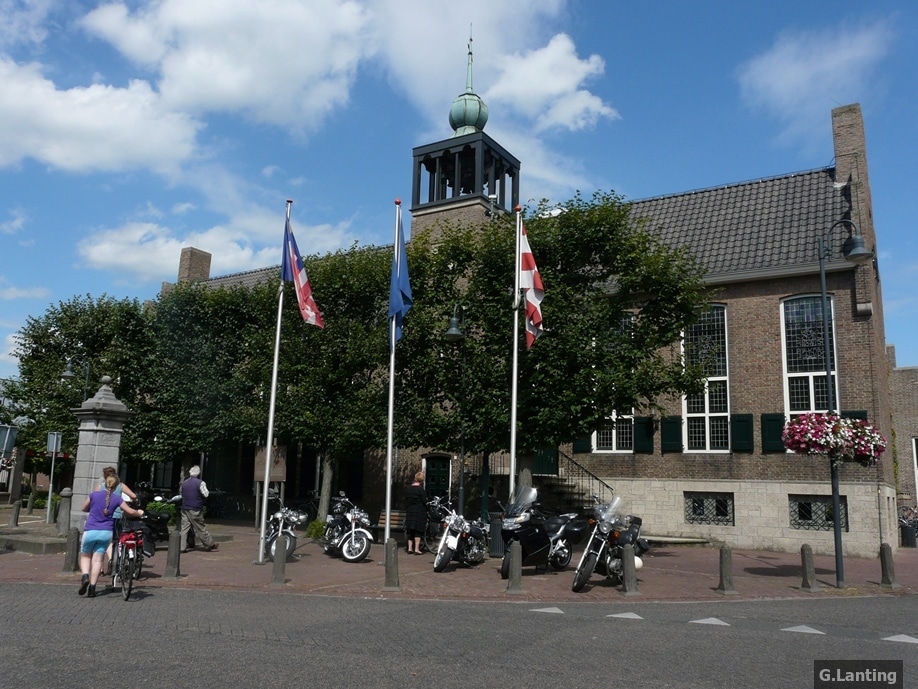 While some of the Belgian enclaves are small, perhaps containing just a field and half a shed, others are larger and have people in them. The international borders are clearly marked through the town, so everyone can keep track of what country they’re in (and it’s all Europe anyway, so a passport isn’t required if you want to cross the road). In many cases the borders cut through streets and buildings, so there are people living in houses where the kitchen is in Belgium but the bedroom is in the Netherlands (which I guess is the way round you’d want it). To make things clearer, residents work on the basis that the location of their front door determines which country they belong to; although there is one house where the border goes through the middle of the front door and, rather than pick a side, it has been given a separate address in each of the two Baarles. Imagine needing travel insurance to cross your living room. 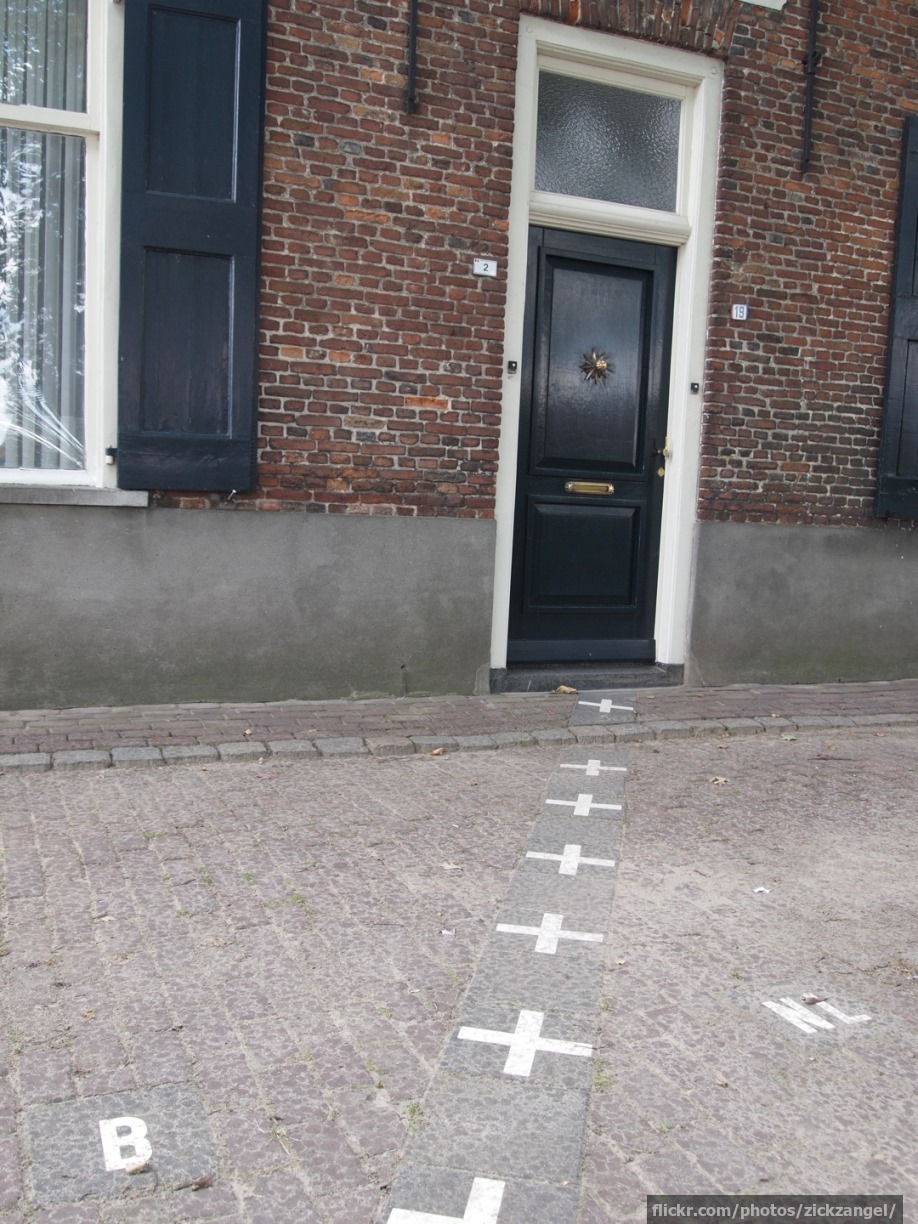 A house straddling the border between Belgium and the Netherlands

The town has two police forces, two town halls and two fire services. It sounds pretty inefficient, but I suppose the residents must like it that way. There is a joint library that can be used by both the Belgians and the Dutch, so perhaps that makes up for the other difficulties (and it’s a fine example for all of us that two such different nationalities can bond over a shared book-lending service).