Home » Blog » Bolivia’s Gate of the Sun: Stonehenge after a gap year

When I first heard someone talk about the Gate of the Sun, I thought maybe a hipster psychedelia band had dropped a new album. Or perhaps it was the name of an art installation at Burning Man Festival #socool. It turns out it actually literally might be a gate to the Sun… 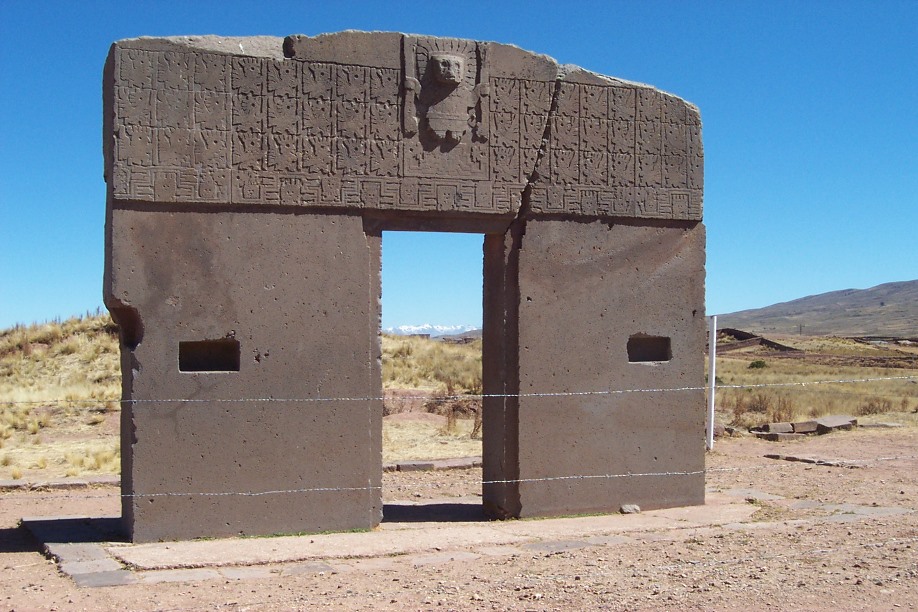 What we definitely know it is is a large stone archway, located around 12,000 feet above sea level near Lake Titicaca, which is near La Paz in Bolivia. The area is home to an array of ruins, some of which are believed to be dated back to around 14,000 BC (a long time before travel insurance), which would be late Stone Age era, and pre-dating the advent of agriculture. This particular ruin is three metres high and is made of a single piece of stone.

The stone is covered in engravings of winged effigies, some of them with human heads and some of them with condor heads. They all look towards a central character who remains enigmatic despite a lot of speculation. A lot of people believe that it could be the Inca god Viracocha. Others seem to believe it is representative of the Sun God, because of the linear markings that surround its face.

There are some markings that are actually upon its face that people have suggested represent tears, and therefore it may be a “weeping god”. Though, personally, I don’t see it – so I think we’ll go with happy Sun God/Viracocha. 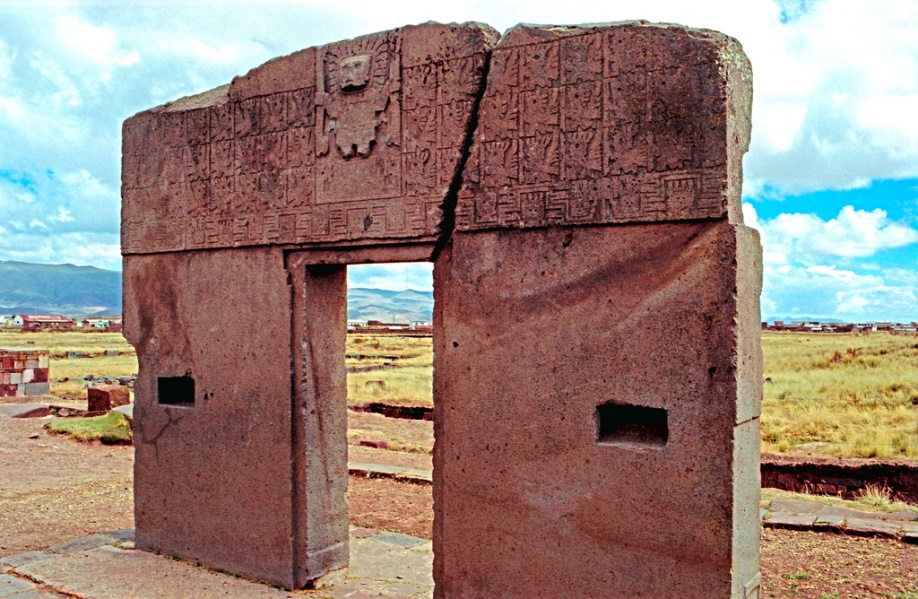 Nobody really knows how it came to be, particularly given how far back it’s been dated – it pre-dates many other ancient structures like the pyramids of Giza, and is thought to be over ten thousand years older than our very own Stonehenge. I like to think of it as a kind of exotic Stonehenge, like if Stonehenge went on a gap year and “found itself”. I’m sure it would come back covered in new inscriptions, and full of new spiritual beliefs.

For now it remains a mystery, though – Bolivia’s Gate of the Sun, home of a (hopefully) happy God.