Foreign secretary Boris Johnson has suggested building a bridge spanning the English Channel, connecting Britain and France. Perhaps he’s forgotten about the far more practical tunnel which already exists. But the idea of connecting two countries by a bridge isn’t as barmy as it might sound.

The Øresund (or Öresund or Oresund) Bridge connects the Swedish city of Malmö with Denmark‘s capital Copenhagen. Admittedly, it’s a lot shorter than the English Channel Bridge would need to be – it’s only five miles long. And it doesn’t actually extend all the way between the two countries. 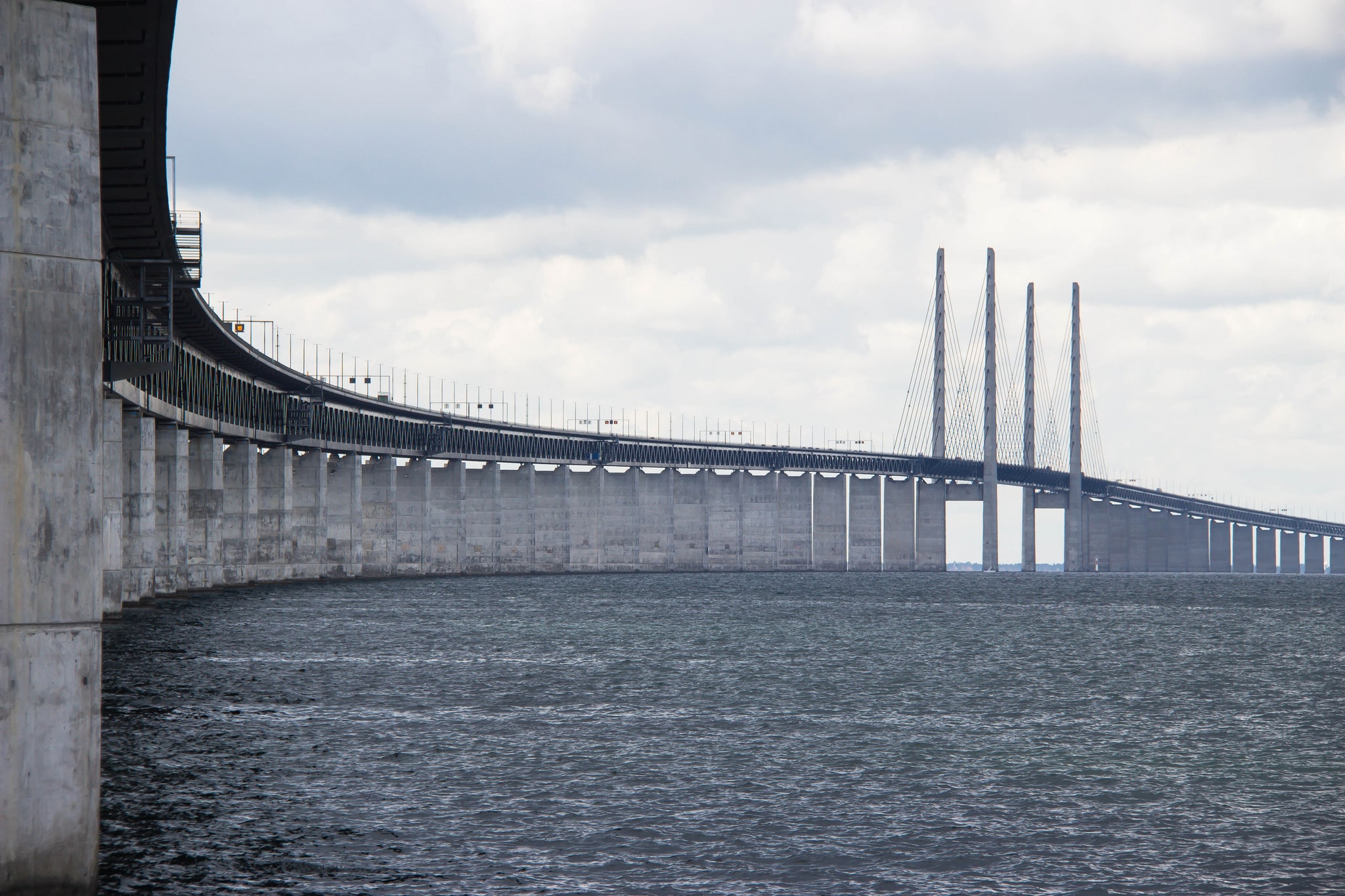 The bridge itself runs from the coast of Sweden to an artificial island called Peberholm, and continues with the Drogden Tunnel which connects to the Danish island of Amager.

If you’re wondering where the bridge’s name come from – that’s easy. It crosses the Øresund strait (which translates into English as the Sound). And the name of the artificial island of Peberholm (which translates to Pepper Islet) was picked to complement the nearby Saltholm (Salt Islet) which is just to the north. 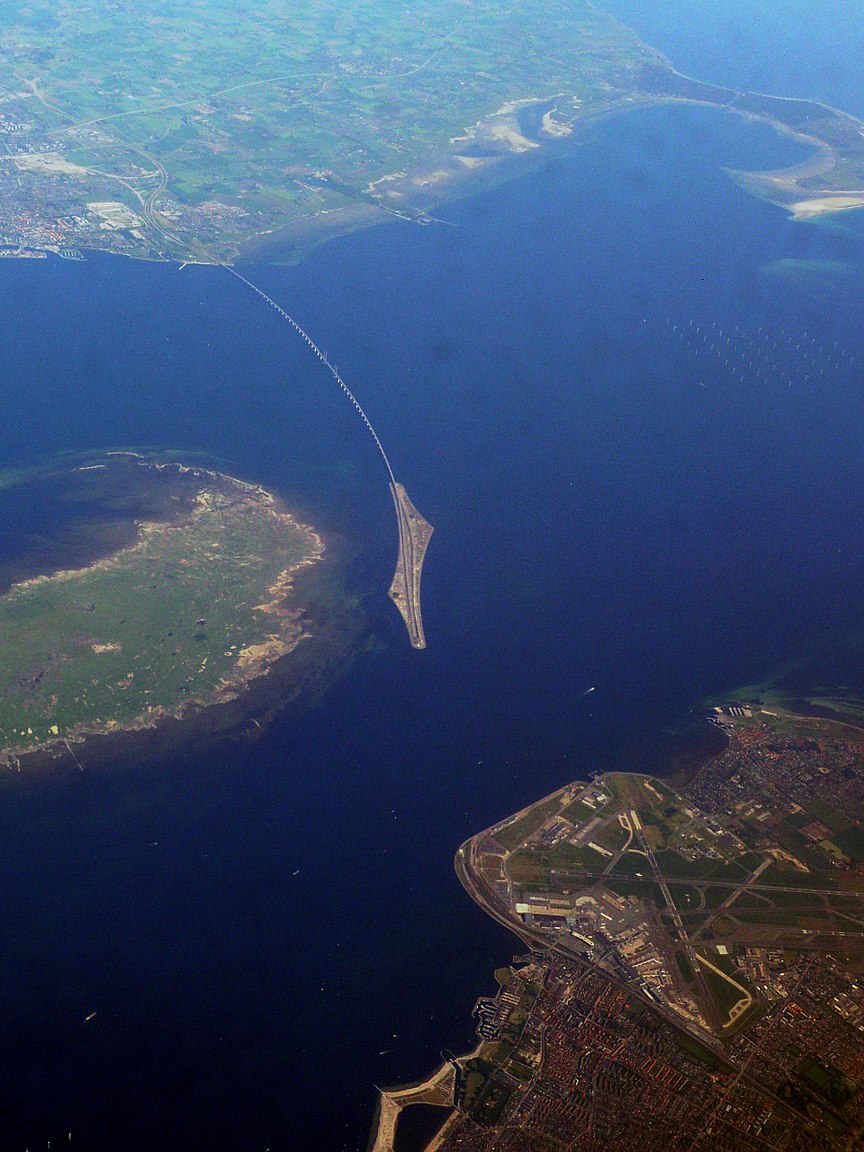 “Hang on a second, why didn’t they just tunnel all the way through? Or build the bridge to span the entire strait?”, you ask. Well, two reasons – they didn’t want to interfere with air traffic from Copenhagen Airport, which is right nearby, and they also wanted to avoid ice floes from blocking the strait. 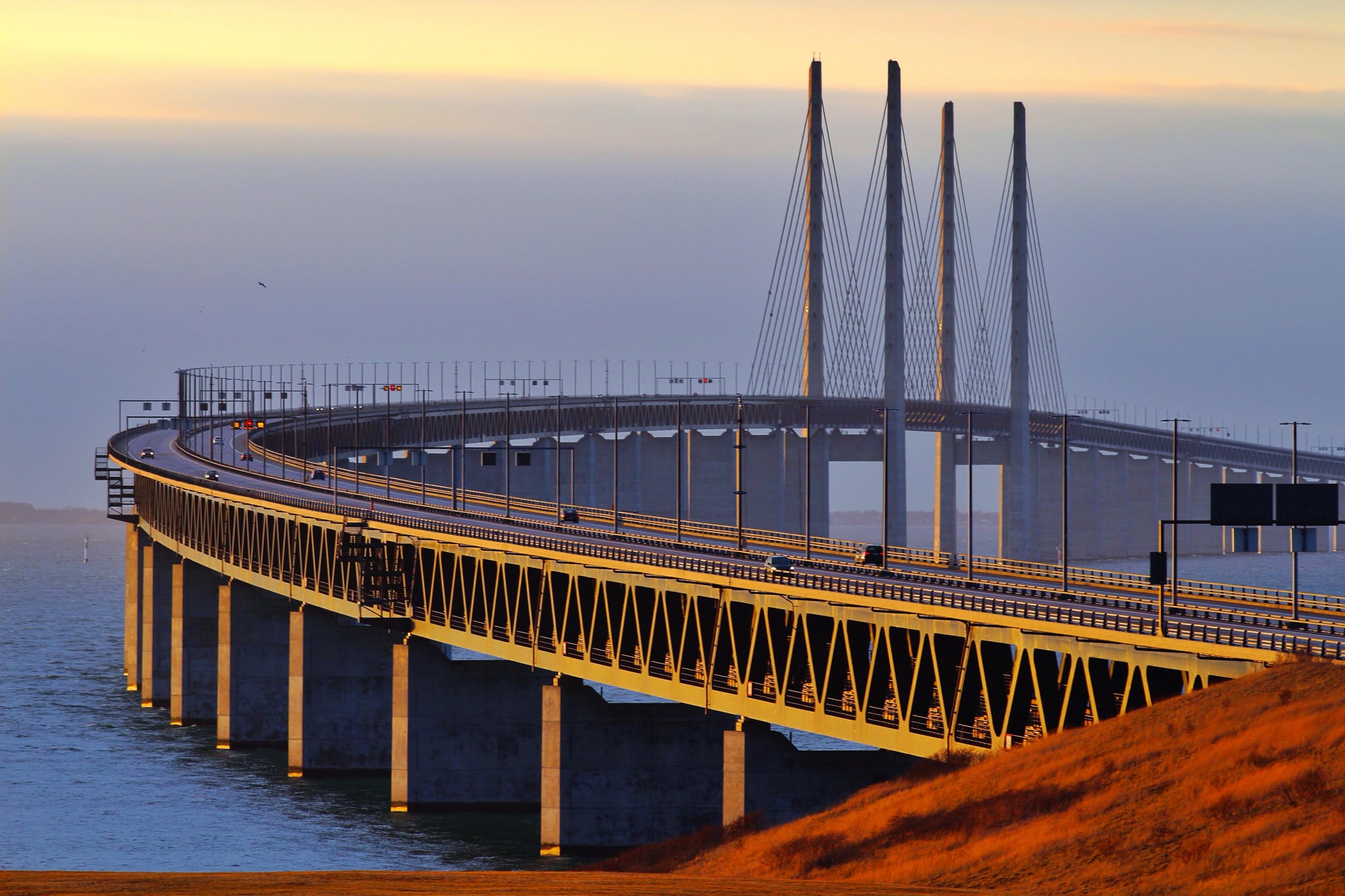 I first heard about the Øresund Bridge thanks to the great Scandinavian TV series imaginatively named The Bridge (Broen in Danish and Bron in Swedish). The drama starts when a body is discovered on the very middle of the bridge, forcing the Swedish and Danish police departments to work together. Give it a watch if you can handle the subtitles.

Do you know of any other countries linked by a bridge? Let us know in the comments.