Home » Blog » Ronda: The city that’s divided in two by a canyon 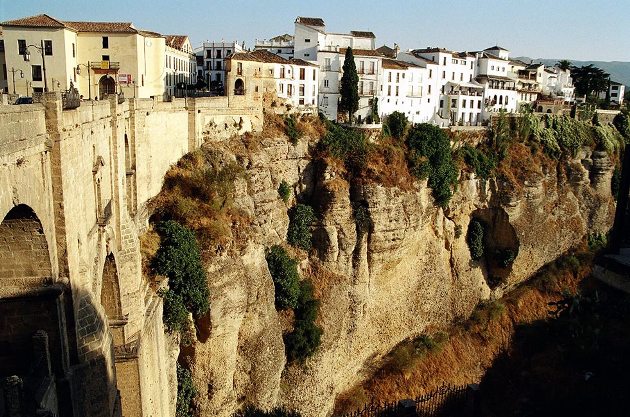 The ginormous gap that separates Ronda into two is El Tajo canyon, through which the Guadalevín river flows. The Guadalevin river is a tributary of the Guadiaro, which runs south from the Sierra Bermeja into the Mediterranean at Sotogrande. 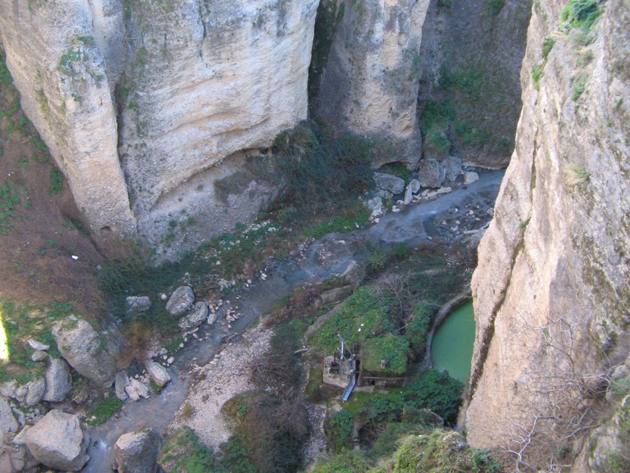 The two halves of the city are connected by three large bridges that cross El Tajo canyon. The largest and the newest of the bridges is Puente Nuevo, which is Spanish for the rather unimaginative “New Bridge”. Whichever half you visit, you’ll need travel insurance. 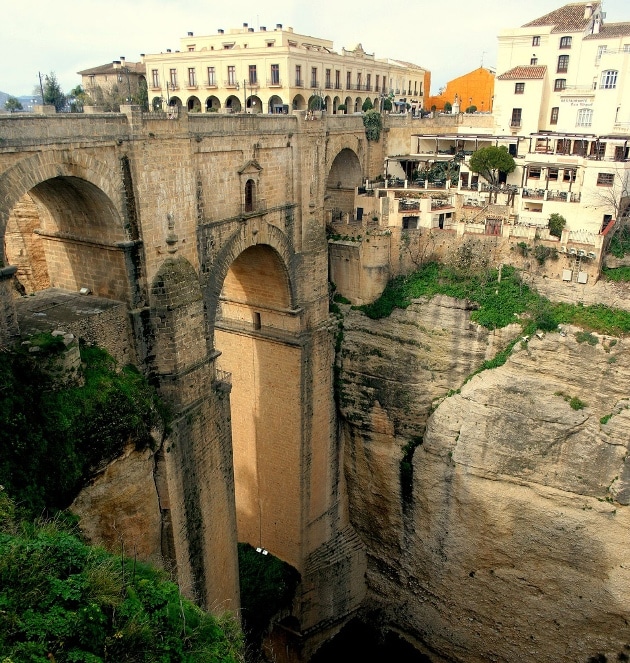 Puente Nuevo was built in 1751, taking 42 years to build and costing the lives of 50 men. Underneath the central arch of the bridge is a chamber which was used for a variety of different reasons, including as a prison. Captured opponents were supposedly tortured in the chamber during the Spanish civil war, with some poor souls being thrown out the windows to die on the rocks beneath. 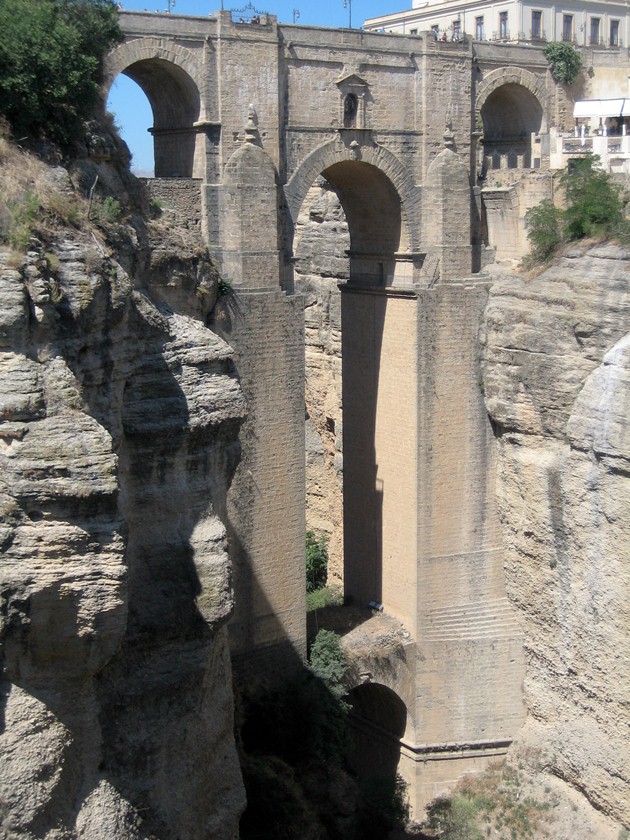 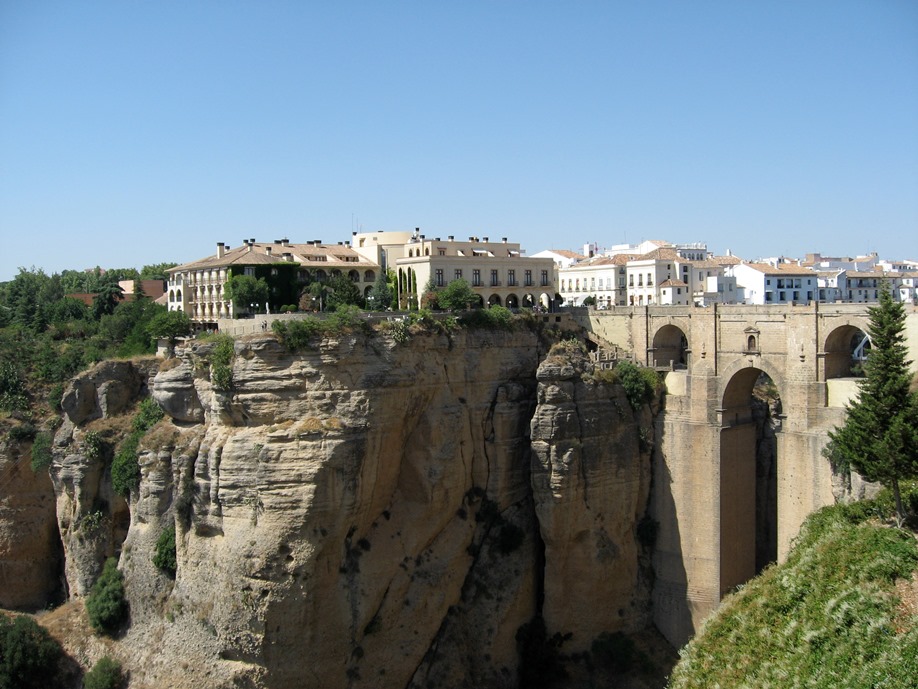 The other two bridges that span the canyon are Puente Viejo, which is Spanish for “Old Bridge” (again, unimaginative) and Puente Romano, Spanish for “Roman Bridge”. Puente Viejo apparently now only accepts pedestrian traffic; I assume this is down to its old age. 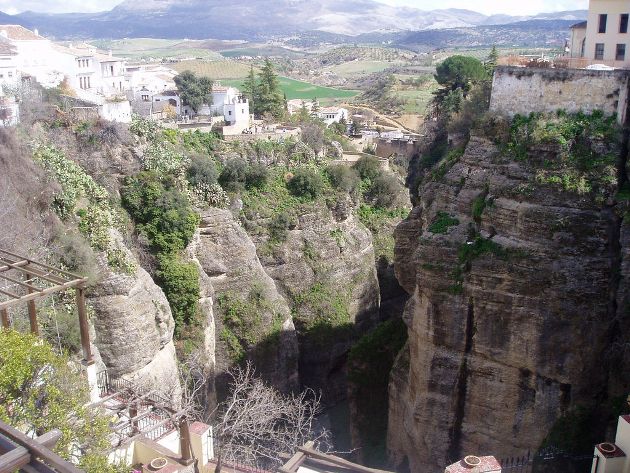 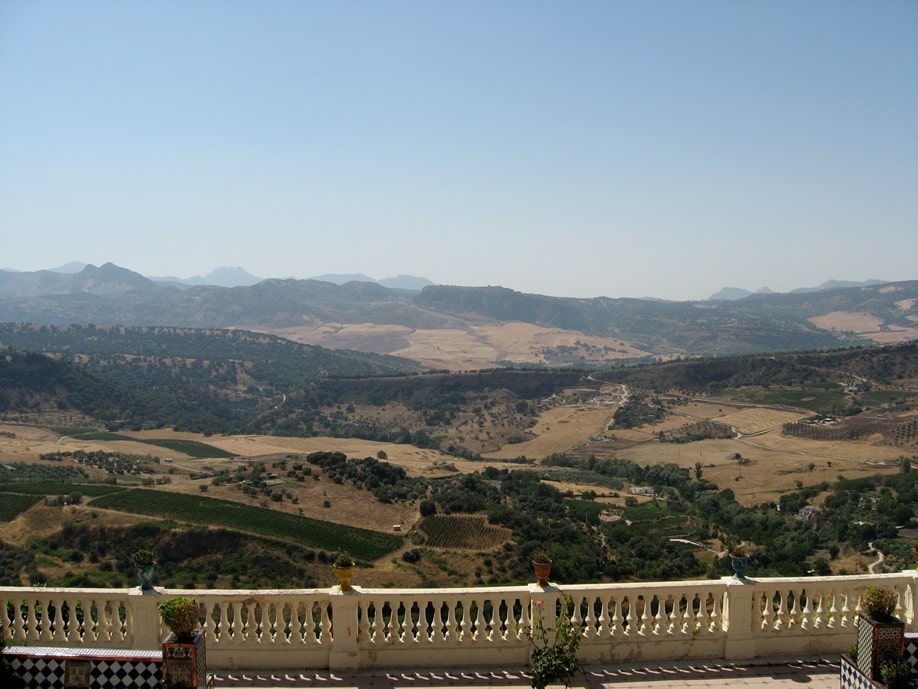