If I had any advice for young people going up to secondary school, it would be the following: work hard, and don’t put your hands under the tables. The first is obvious; you do need to listen and do all that homework, but the second hardly sounds like a life-changing rule. Well it is, because it will save you the disgusting experience that is putting your nice clean hands on someone else’s masticated gum.

We’ve all done it. You were told not to touch under there, but you accidentally did, and it was a horrifying moment. I often used to wonder why the tables were never cleaned or replaced, but I figured it would cost too much money to do either, and also, whenever new tables were bought in, they’d immediately be covered in the stuff.

In Seattle, they have a rather well-known wall that is dedicated to the art of sticking chewed gum to anything but the bin. 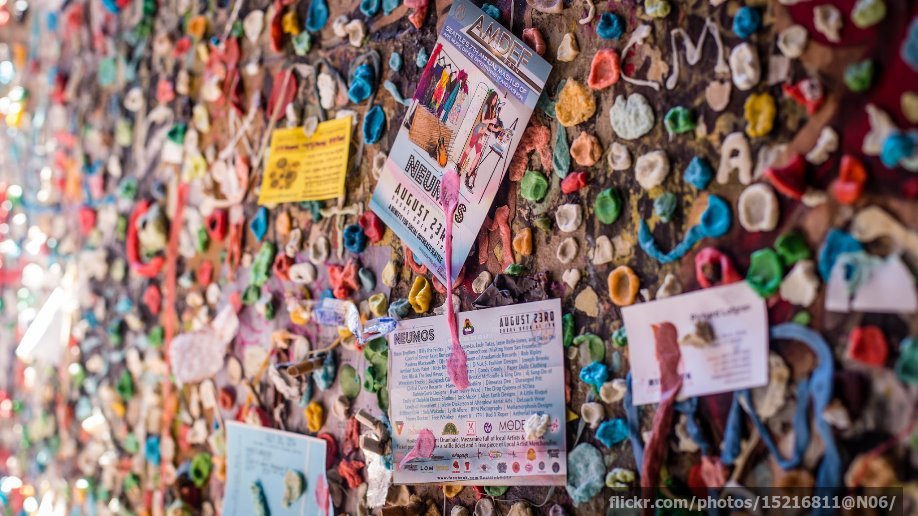 This germ-infested, yet slightly mesmerising wall is located in an alleyway under a local market. Back in the early 1990s, a group of kids got a little bored while waiting in line for theatre tickets, so they decided to stick their gum to the wall. It all began as a way of sticking coins to the wall to create a shiny piece of artwork, but eventually that died out. The gum sticking, however, remained… 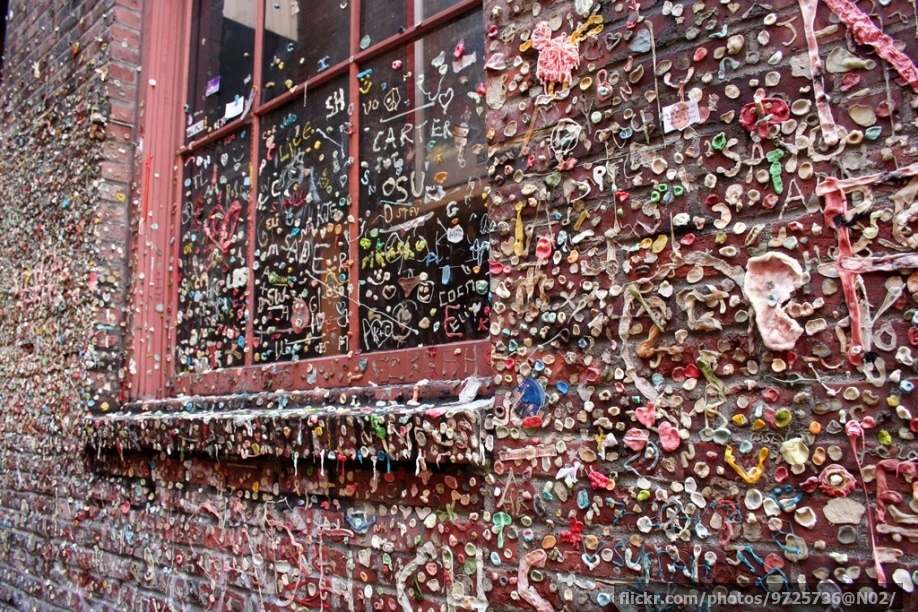 A handful of theatre attendants were sent out to the wall on two occasions to try and scrape the gum off, but after it became a tourist attraction in 1999, they gave up. Over time, people have started to show off with their gum-sticking skills, as small pictures are made up out of many different colours of gum, and words have been stuck to the wall too. 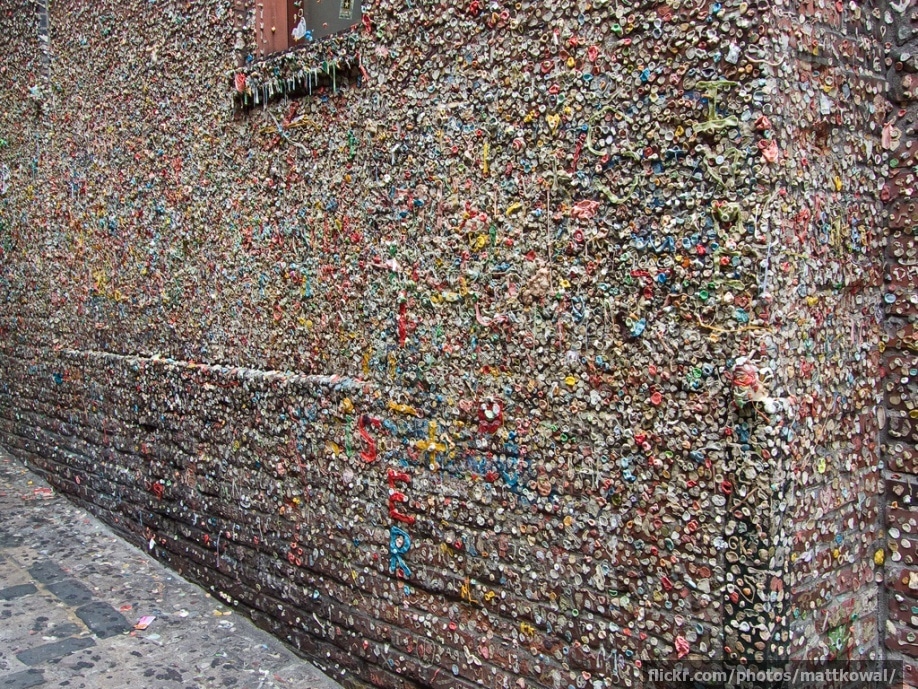 There is another area in America that has been taken over by gum, but this time it’s an entire alleyway in San Luis Obispo, California. This one started way before the wall in Seattle, but nobody really knows why. There are two stories – the first was that it became a high school graduation tradition after WWII, and the second is that it began in the late 1950’s when two rival high schools would try and outdo each other with gum pictures on the walls. 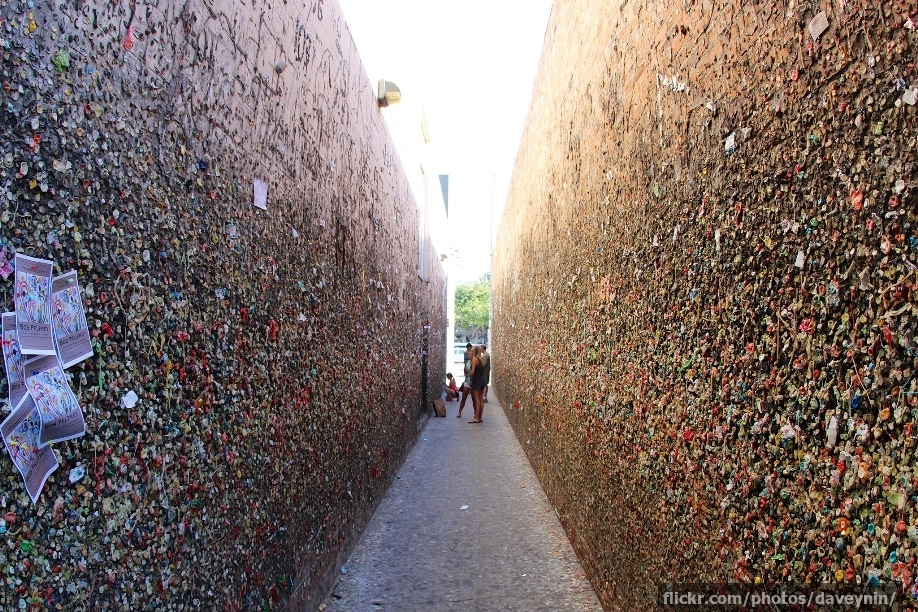 Just like the wall in Seattle, cleaners were sent to try and clean up the gum, but after two attempts, they gave up and just let it become a landmark. Gum-chewers have also become a lot more creative over time too, with entire pieces of art being made from their chewed treat. 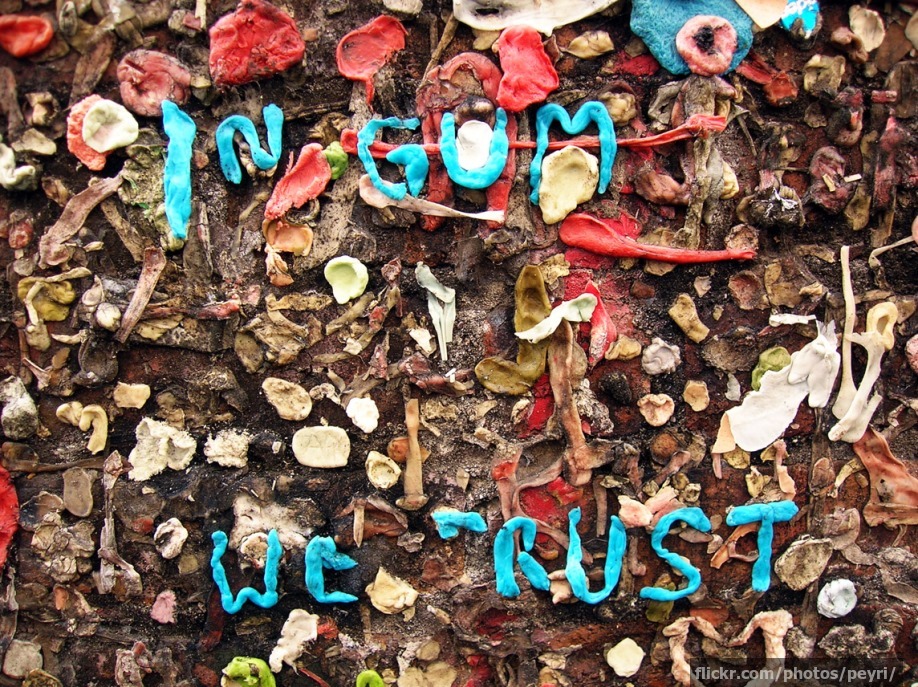 Because the alleyway has become such a tourist attraction in the area, gumball machines are put outside local businesses, so even if you’ve forgotten your own packet, you won’t miss out on the fun. 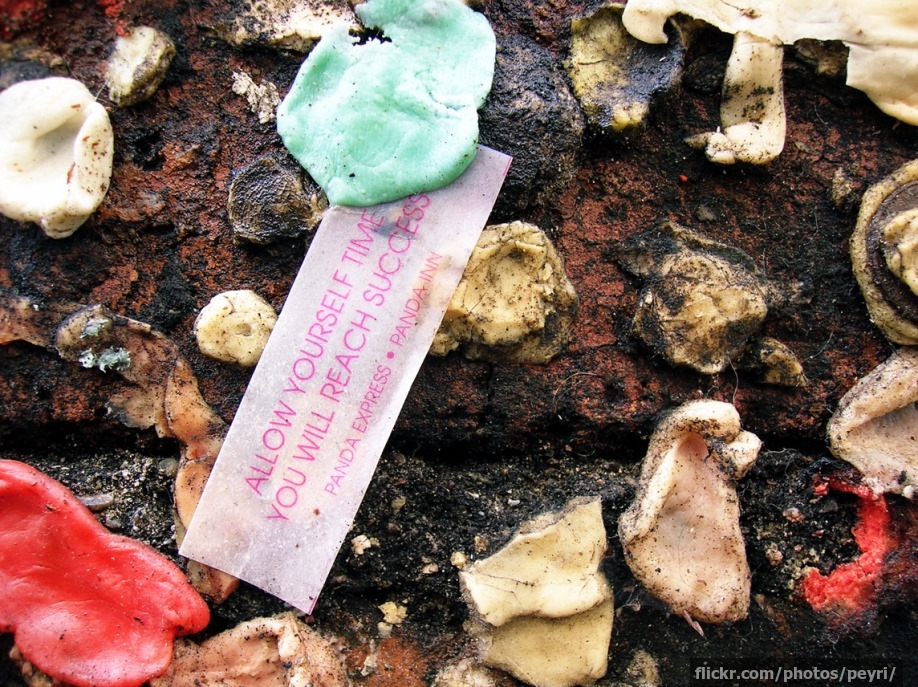