We like to engage your senses through the power of the written word. Well, try to anyway. On this occasion, it is smell! We have located five of the stinkiest, most pungent places in the world. Some are nice and some quite horrendous! I dream a dream of scratch-and-sniff emails, but until then you’ll have to make do with this. 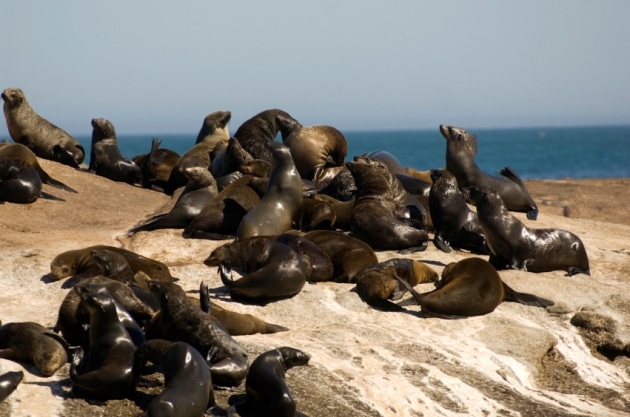 Unless you’ve been to Seal Island, it’s unlikely you have ever considered what a seal smells like. One seal may smell fine; 60,000 seals, however, don’t smell too fresh. Described as a mixture of rotting flesh, fish and poop, this is a pungent smell. One visitor used strong words to describe the smell: “minging, well minging.” Although rancid to us, this is the smell of dinner to the great white shark (I assume they can smell. I’m not sure). If you take a boat trip to the island, keep your eyes peeled for a great white launching itself out of the water to catch a Cape fur seal. Poor smelly creatures.
Despite their aroma, they are quite cute, and a trip to the island is fascinating, although you can’t disembark as it is too rocky and, well, there are seals everywhere. The seals come in all shades of brown and you can watch them stretch, play fight and flump around. If you’re really lucky you can watch the babies call out for their mothers or watch a pair fighting. There’s nothing like a bit of seal drama! 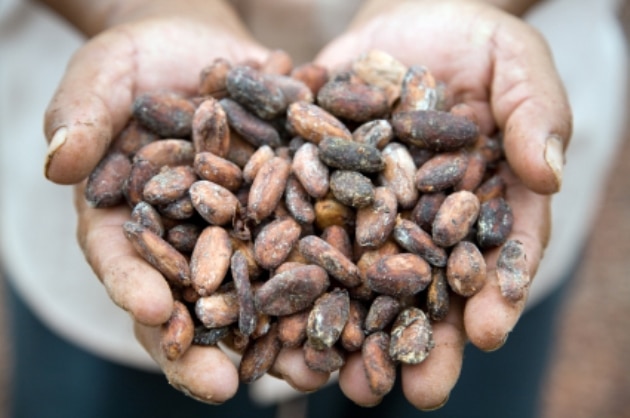 There’s nothing more satisfying that the smell of chocolate. OK, maybe the taste of it is more satisfying, but the smell is pretty good too. St Lucia is home to a few cocoa plantations, some of which have hotels attached to them (brilliant). If you are lucky enough to stay in one of these hotels expect to smell that distinctive, rich aroma. The cocoa pods themselves don’t smell like chocolate and if you were to eat the fruit hoping for a chocolaty delight, you’d be most disappointed! It is once the beans start being processed that the smell emerges.
Once the cocoa pods have been cut down from the tree, they’re left to mature for a few days in a heap. The beans are then put into fermentation boxes where they are covered with banana leaves. They start to generate heat and alcohol and quite a bizarre smell – a bit like balsamic vinegar. After seven days of fermenting, the beans, having turned from white to brown, get put out to dry on special trays. It is important that the beans don’t get wet, or they will taste mouldy, and it is important that they don’t over-dry and taste burnt. It is as the beans are drying that the best smell is created; a strong, deep, rich and distinctive scent! 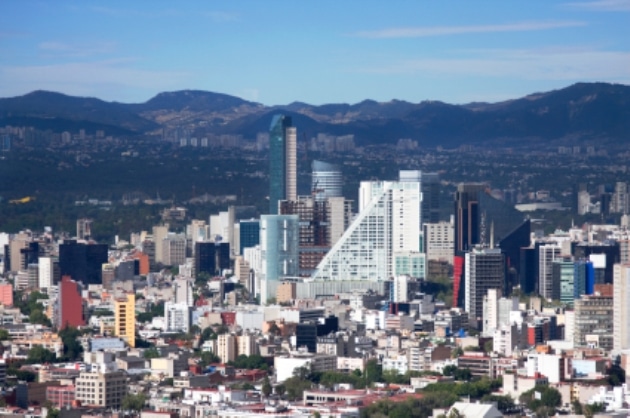 Due to its complex nature, Mexico City’s sewage system is a smelly affair. It’s prone to flooding and when it does, your nose will really know about it. In a bid to prevent this from happening, the city employs a couple of sewer divers, whose job it is to repair pumps and remove blockages. If you think that sounds horrible, wait until you hear exactly what their job entails. The divers work in complete darkness; the filth is so thick they cannot see their own hand in front of them. They navigate around using their memory, their sense of touch and with guidance from colleagues on the surface.
The sort of things that cause the blockages are varied; general rubbish, tree trunks, car parts, dead bodies (human and animal).The rest of the sewage is made up of the stuff that’s flushed down the loo, kitchen waste, medical waste and an assortment of bizarre items. For “normal” non-sewage diving people, the smell of the rotting, corrosive, toxic sewage is horrendous and it assaults their nostrils every time there’s a flood, or a drain gets opened for a diver to be lowered in. The divers, however, have become immune to it! It’s been said that Mexico City sewers are some of the smelliest around and the reason for this is the culture of throwing litter in the street or down the drain. I assume this is the sort of culture that the divers would like to change, although it could ultimately end up putting them out of a job… 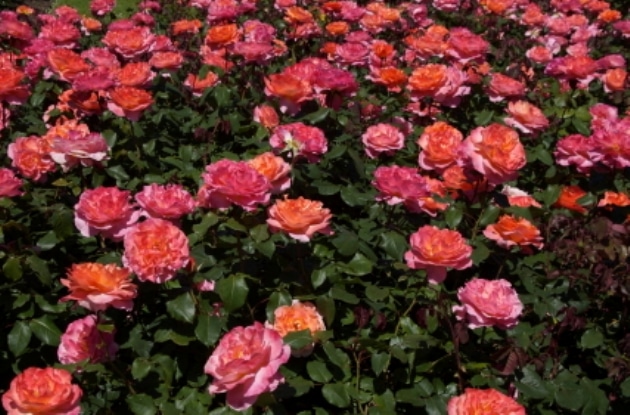 The smell of roses is one of the nicest, freshest smells around and the city of Isparta , in west Turkey, is the best place to find such a smell. The city is a big producer of rose oil and rose water, and during the months of May and June, enough rose petals are harvested to create hundreds of litres of oil. The Rosa Damascena is a pink rose that contains valuable essential oils. The oil is encouraged to develop by the sun, but can also be evaporated by the heat too. For this reason, the time of day that the blooms are picked is very important. Men, women and children start picking as soon as the rose petals start to open at first light, but stop at 11am, before it gets too hot.
It takes half a million petals to make just one litre of oil, which is thought to be one of the best rose oils in the world. Despite the amazing smell, there isn’t much to see in the Rose City of Isparta, as the rose “fields” are very often gardens hidden in the hills, somewhere tourists wouldn’t normally visit. However, there are rose tours available, where visitors can take a look around the fields and gardens and see how the distillation process works. 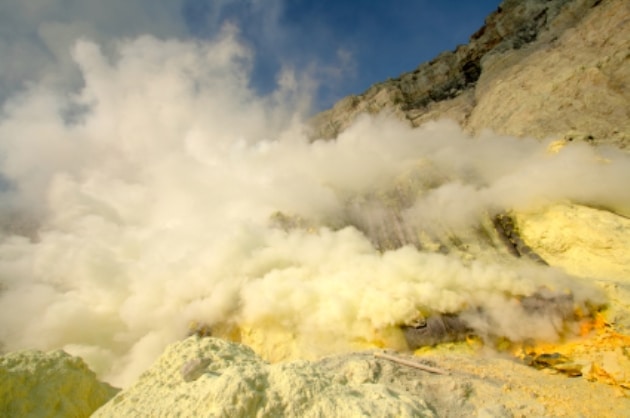 Sulphur has a very distinctive smell, and it’s not nice. Spare a thought for the miners of the Ijen Volcano then, who have to chip off chunks of this yellow, rancid eggy-smelling material and carry it in flimsy baskets out of a steep crater. And the stench isn’t the worst of it. The sulphur, which is blood red until it solidifies, is poisonous and it emerges around an acidic lake. The fumes produced by the sulphur visibly waft around, carried by the wind, and are incredibly noxious. The clouds burn the throat and eyes and can dissolve teeth if exposed for long enough. They even corrode delicate machinery, such as cameras, within minutes.
Needless to say, there have been many deaths in this profession. Gas masks and protective clothing prove to be just too expensive for the miners. Instead, many have learnt to hold their breath for extended periods of time, and stuff their scarves into their mouths during a gas attack. The sulphur is mined because it’s used in a number of chemical processes, for medicinal purposes, for cleaning products, in fertilizers and so many other things I wouldn’t like to bore you with!