Most countries have a national alcoholic drink; a recognised tipple that represents their nation. Some of these are as you’d expect; Scotland (whisky), Russia (vodka), Serbia (slivovitz). Other countries are more difficult to guess – for example, you may think that the national drink of England is Blue WKD but no, it’s gin. Just ask my mother (who, it turns out, is surprisingly patriotic.) Here’s some more national booze for you to try – but not all at once, you silly drunkard!

The national alcoholic drink of Iceland is brennivín, a potato-based schnapps. Sometimes referred to as “Black Death”, the name actually translates as “burning wine” (which sounds only very slightly better.)

The drink brennivín is traditionally accompanied by the dish hakarl, a type of shark. I say “type of shark”… It’s a shark that’s been beheaded, squashed, buried, dug up, cut into pieces, then left hanging in a room for four to five months. Apparently, this rotten shark meat is very popular in Iceland, but I can tell you now that all the brennivín in the world wouldn’t convince me to eat it. 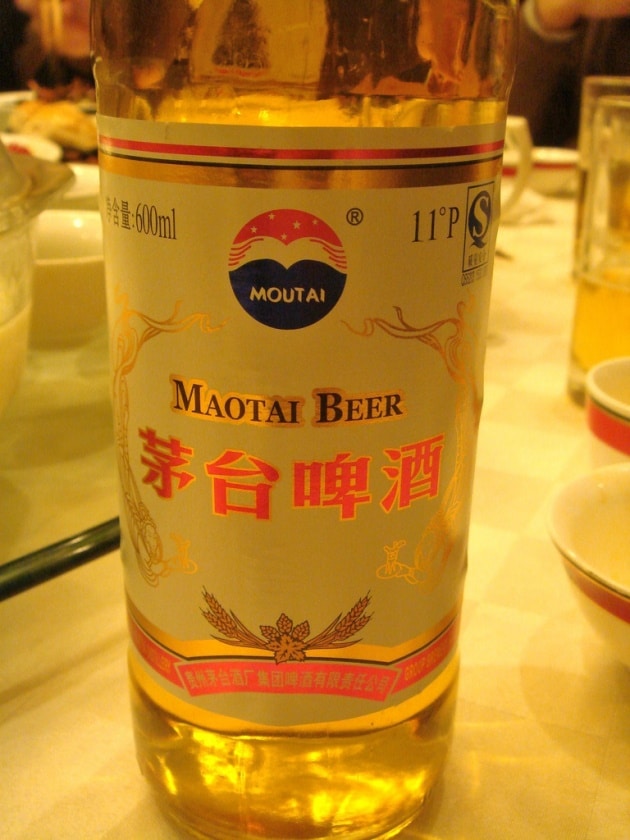 China’s national liquor is maotai. According to Wikipedia, in 2007 over 6,800 tons of maotai were sold – that’s almost seven million litres. Once you’re measuring your alcoholic drink in those sorts of quantities, it’s clear that a lot of people are going to get a little bit squiffy.
I don’t know what maotai tastes like or where you can buy it. I do know that it’s made from sorghum, a grain that can contain cyanide and lethal levels of nitrates, so presumably it’s absolutely delicious. 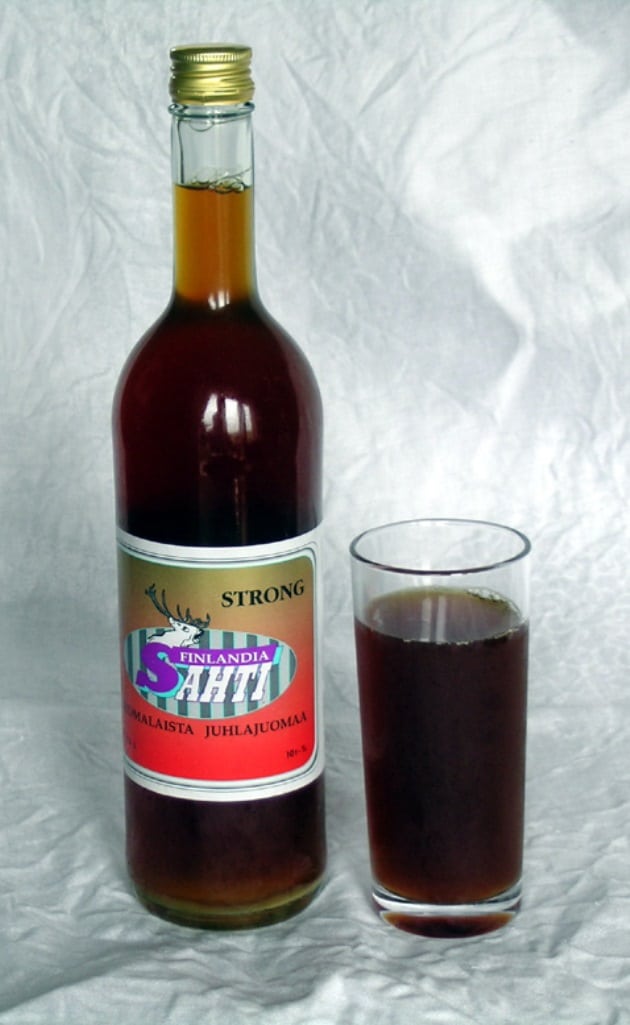 Among Finland’s many national drinks is sahti, a traditional beer made from a variety of grains; barley, rye, oats, sometimes bread, flavoured with berries, sometimes with hops, sometimes without hops. By the sound of it they just chuck in whatever happens to be around at the time.
Sahti is usually around 8% (a good thing), is often home-brewed (an OK thing), and always tastes of bananas (a weird thing.) Because of its high alcohol content, sahti in Finland is only available in branches of Alko, the government-run chain of off-licences. 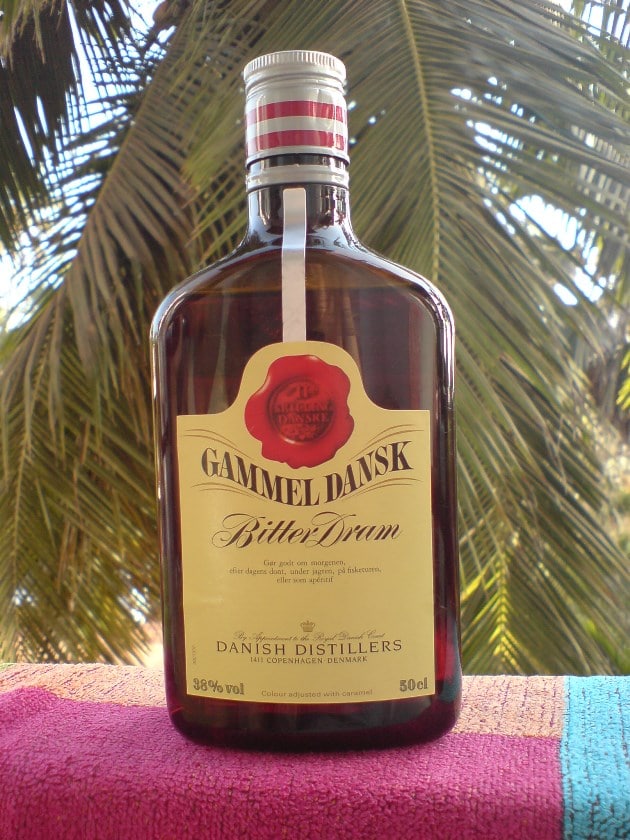 Although akvavit is their national drink, many in Denmark consider Gammel Dansk (Old Danish) to be representative of their country. It comes in a bottle that has been specially designed to create a gurgling noise as the drink is poured, and it’s a sound the Danes love to wake up to – despite being 38% alcohol, Gammel Dansk is often considered to be a breakfast drink.
Old Danish is a bitter dram made with 28 different herbs and spices (whereas an Old English is a dog and an Old Australian is Rolf Harris.) Interestingly, the drink wasn’t even created until 1964 – in a country with thousands of years of Viking history, this shows a rather strange attitude towards the word “gammel”. 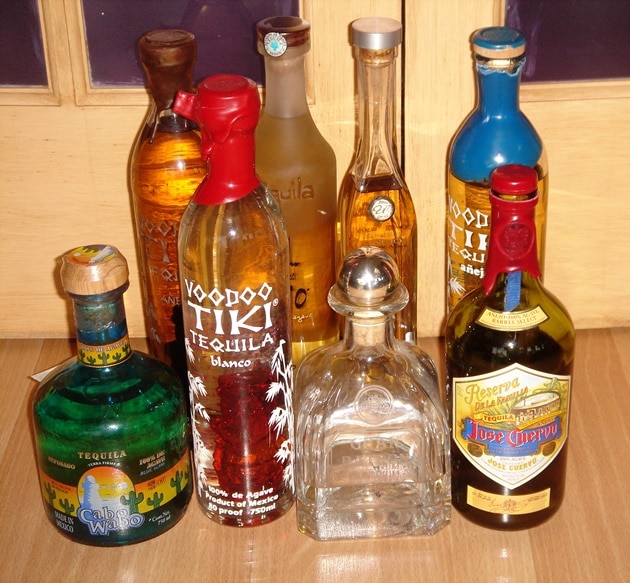 As everyone knows, tequila is the national drink of Mexico. Bottles of tequila do not usually contain a worm – the worm is found in a similar drink called mezcal. And it was only put there in the 1940s as a marketing gimmick. And it’s not even a worm anyway, it’s a moth larva. So just stop going on about the worm, OK? 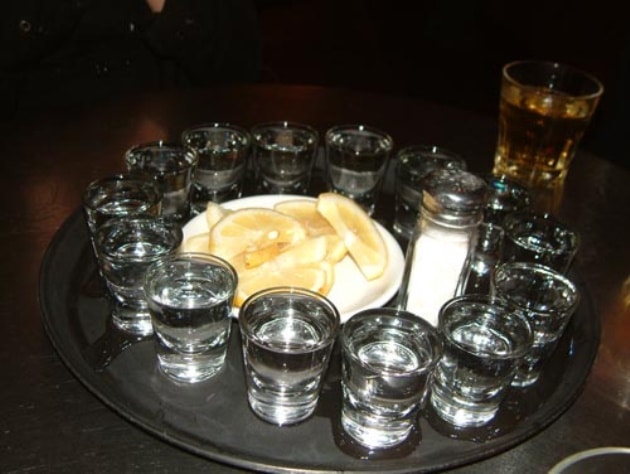 Tequila is traditionally drunk in a ritual known as the “tequila stuntman”, in which drinkers snort salt up their nose, down the shot, then squeeze a lemon into their eye. It’s disappointing to note that whichever masochist came up with this idea could think of no more interesting middle section than simply drinking the tequila. I’m sure there must be more exciting ways of ingesting it, although I’m not going to speculate on what those might be. 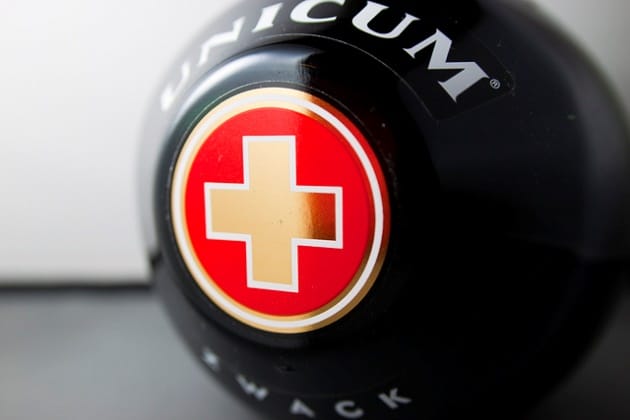 Hungary’s national drink is Unicum – a herbal digestif with a name that manages to sound both magical and a little bit rude. Traditionally produced by the Zwack family, during communism they left the country and their factory was nationalised. The Hungarian state was unable to get the secret recipe for Unicum exactly right but, successful or not, I think any government that tries to make a 40% liqueur for its citizens deserves to be applauded. 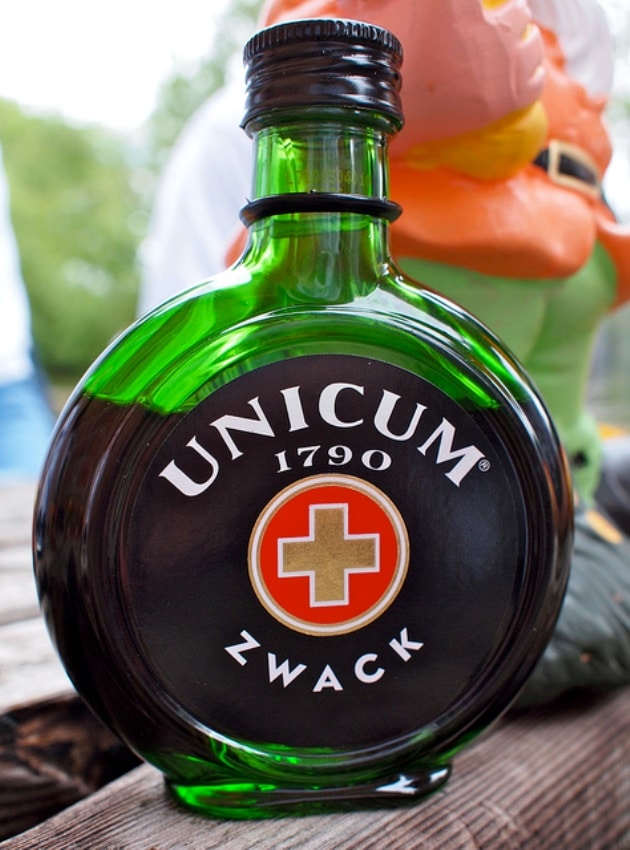 Like all the drinks in this list, Unicum is only ever drunk by people who fulfil at least two of the following three criteria: a) they are physically present in the drink’s country of origin; b) they easily cave in to peer-pressure; and c) their decision-making capacity has (for some reason) become temporarily impaired.

If you’re going away soon, don’t forget your travel insurance! Feel free to try the local drinks, but remember that you might not be covered if you drink so much that you do something silly.