Do you have some warm clothes and a reckless disregard for your own safety? If so, why not try skiing? Warm clothes optional! The 2012/13 ski season is about to come to an end, but there’s still time to book a last minute weekend of throwing yourself down a snowy mountain. Before you can ski down a hill, you first have to get to the top. The descent may be fun, but the trip up is often so miserable that the activity as a whole provides the skier with no net happiness benefit. Here’s a look at three different types of ski lift and the ways in which they can cause hurt and disappointment… 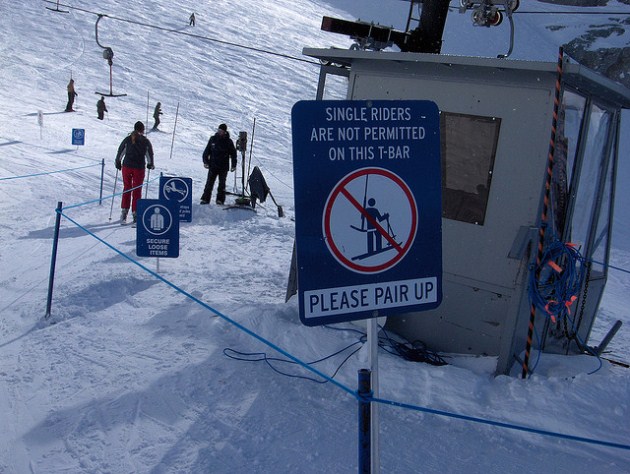 The most basic lift is the T-bar or drag lift, so-called because you put a metal pole between your legs and it drags you up a mountain by the genitals. These lifts are typically only used on the nursery slopes but if, like me, you have a week of snowboarding lessons and can still only turn left, you’re probably going to end up using them most of the time. 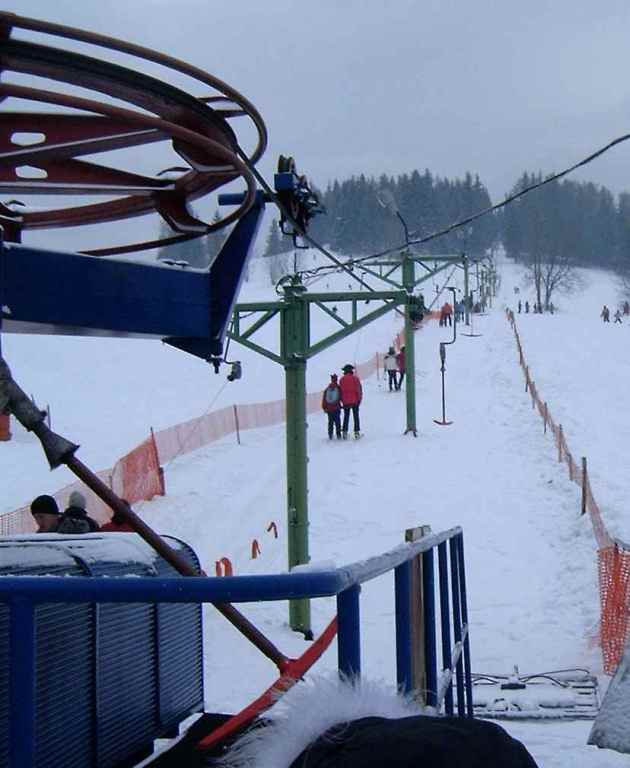 It’s almost impossible to stay on a drag lift all the way to the top. Any minor bump leads to a shake, which quickly becomes a wobble, before turning into a full swing. In a matter of moments, you’re on the ground and the lift is carrying on regardless – it doesn’t care; it’s getting to the top with or without you. Any amateur skiers who do make it to the summit look justifiably pleased with themselves. By sitting at the top of the lift, you can see them arrive one by one – proud skier one, proud skier two, an empty pole swinging wildly from side to side, proud skier four…
Skier three then arrives on foot several minutes later – snow all over his jacket and a frown all over his face. 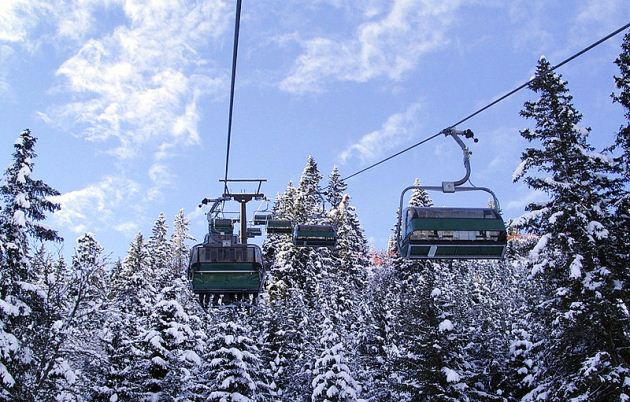 The drag lifts may be difficult to stay on, but the chairlifts are just as difficult to get off. You arrive at the top of the slope in a seated position and are then expected to lift the safety bar, stand up and ski smoothly away. It’s a technique that requires skill, timing and balance. I possess none of these qualities, so each time I reached the top I was flung from the lift into a discarded pile of other, equally uncoordinated, skiers. 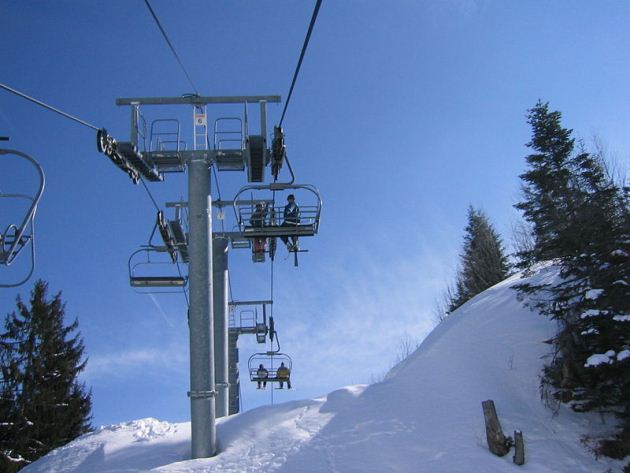 Chairlifts are usually used on the proper, injury-causing slopes. The sort of slopes where, if you’re not in full control, you’ll soon find yourself careering off into the woods (off-piste and rather piste-off.) When I went snowboarding, I found these runs absolutely terrifying – once moving, I knew of no way of stopping and, as my speed increased, I had a serious decision to make. At some point, my journey was going to end in a fall, that was certain – the only variable was how fast I would be moving at the time. As a result I descended the mountain in stages, always turning left, repeatedly throwing myself to the ground at the first sign of any momentum.

The gondola lift is the king of ski lifts. A fully enclosed capsule with a controlled entry/exit procedure, the gondola lift is luxury compared to the alternatives. The only fact that prevents it from being enjoyable is the knowledge that, once you reach the top, you’re going to have to try to ski back down. As the lift goes higher and higher, rising above the near-vertical ice sheet known as a “red run”, it’s tempting to consider a pre-emptive call to mountain rescue. 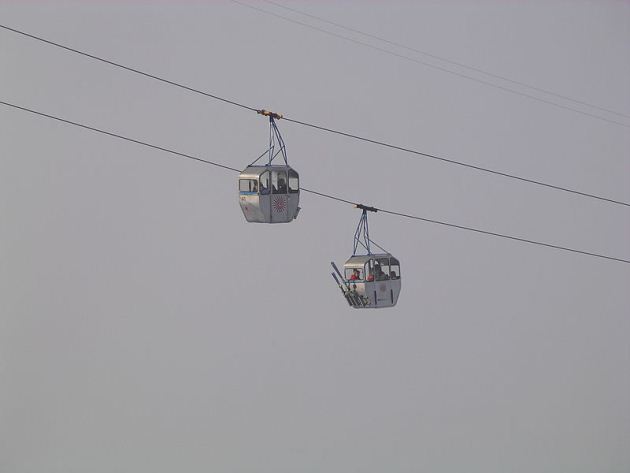 The summit is a wonderful place and it would be lovely to just stay up there for a while. Unfortunately, the gondola operators at the top are reluctant to let anyone back on so, even if you spend an hour admiring the scenery (and building a giant snowman), you’re still going to have to get back down the slope. As all amateur skiers must learn, once you’re at the top of the mountain there’s only one way off – and that’s shuffling down slowly on your bottom. 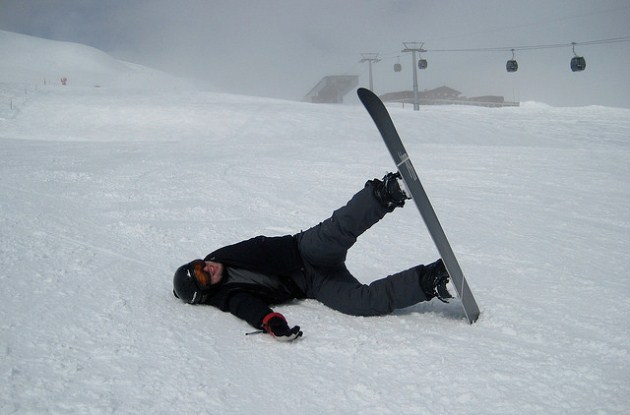