Happy new year! No, this isn’t a post that we forgot to publish early last month; I’m talking about the Chinese New Year, which was yesterday. You might have seen lots of colourful costumes, dancing dragons and fireworks on the news. Or, if you’ve got a Chinatown nearby you, just round the corner. According to the Chinese calendar, we’re no longer in the year of the Dragon. We’re now in the year of the Snake. (2018 edit: It’s the year of the Dog now!) But why are the animals in the order they’re in? Well, gather round and I’ll tell you… 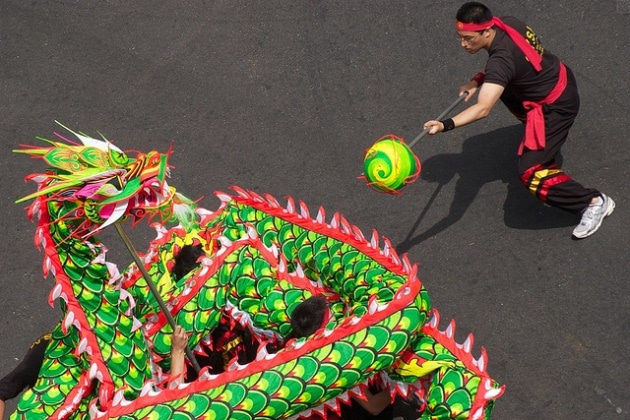 The Chinese zodiac is made up of 12 animals. They are (in order): Rat, Ox, Tiger, Rabbit, Dragon, Snake, Horse, Goat (aka Ram), Monkey, Rooster, Dog and Pig. After the year of the Pig has ended, the cycle starts again from the beginning (the Rat). Each animal has different personality traits, and these traits are also said to apply to the different years too, as well as to the people born in those years. 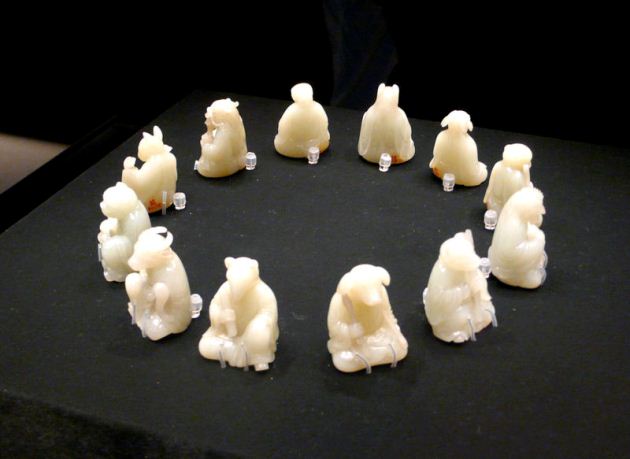 For example, I was born in 1988. So, according to the Chinese calendar, I’m a rabbit. A fluffy rabbit. To think I was just a month and a bit away from being a fearsome, fire-breathing dragon… *sighs* 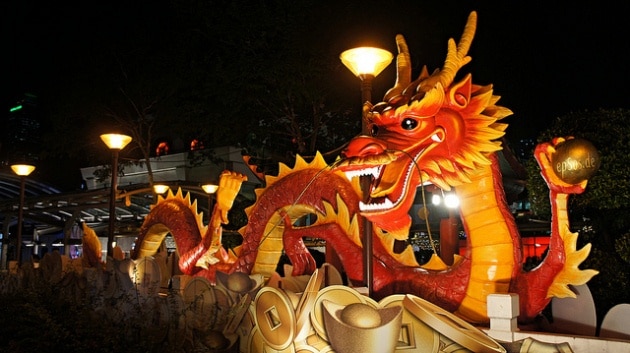 You might not have thought it, but there’s actually a number of different legends that claim to explain the order of the 12 animals. It’s not just random. One legend tells that the 12 animals that now make up the Chinese zodiac were once having an argument about which order they should appear in the new animal-based calendar. 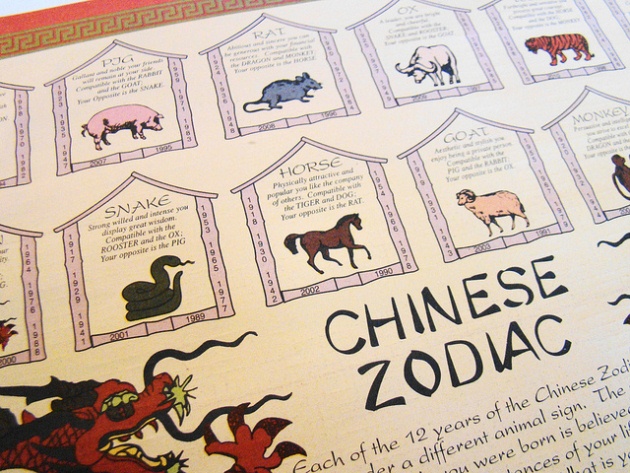 To settle the dispute, the Jade Emperor (the ruler of heaven) commanded the animals to have a race across a river. The animals would then have a year named after them in the order they got to the other side.
According to Char4U.com…

The rat put the word out across the kingdom, and the first creature to appear on the riverbank was the cat. The pair enlisted the help of the ox, who was resting nearby, and asked him to ferry them across the river. A kind old soul, the ox agreed, but just as they set off, the rat pushed the cat into the river. Hating water, the cat managed to get out and scurried away to dry off.
Thus, the ox was the second creature to reach the opposite shore. The strong tiger came next, followed by agile rabbit who hopped from stone to stone and floating log. The dragon was hot on the rabbit’s heels, and only came in fifth because he stopped to make rain and then help the rabbit with a gust of wind. The horse galloped effortlessly across the river, but was pipped to sixth place by the wily snake who was hiding on his hoof. The sheep, monkey, and rooster arrived together on a raft, taking eighth, ninth, and 10th places respectively. The dog was late because he had stopped for a wash in the river, and the pig had been sleeping, so took 12th place. The poor cat finally dragged himself over to the other side, but it was too late. His anger at the rat has lasted through the ages, and they are still mortal enemies.

Another legend tells that Buddha, before he departed from the Earth, summoned all the animals to come and visit him for a farewell party. The legend says that only 12 animals came to see him and, as a reward, he named a year after each one in the order in which they arrived.
If only the dragon could’ve been a bit more punctual, I wouldn’t have had to put up with the eternal shame of being born in the year of the fluffy-wuffy Rabbit… 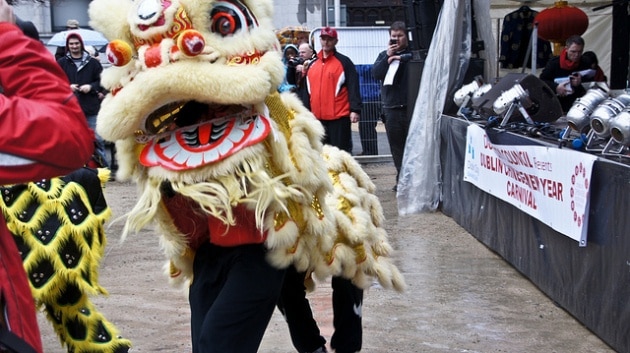