Home » Blog » Unusual homes from around the world

It’s always nice to get back to your own home and your own bed when you’ve been away, but imagine if you didn’t have a becarpeted floor, a radiatored room and a reliable roof? Read on to learn how good you’ve got it… 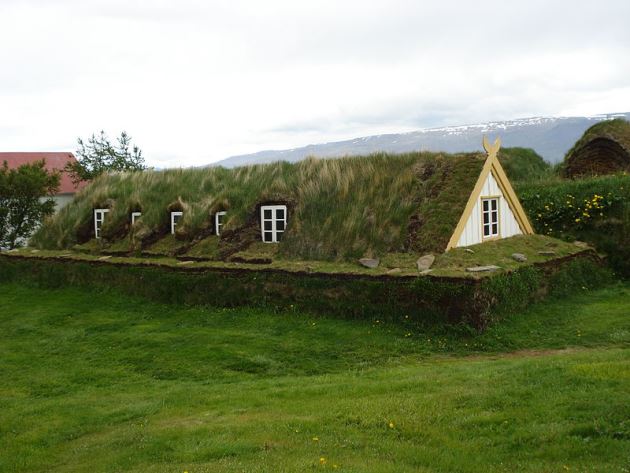 It’s easy to imagine Tinky Winky or Po emerging from one of these cute little houses, but they are in fact traditional Icelandic homes. Although they could well be housing a number of elves (apparently, the majority of Icelanders believe in the existence of elves… Just one of the many things that makes Iceland a bit special). 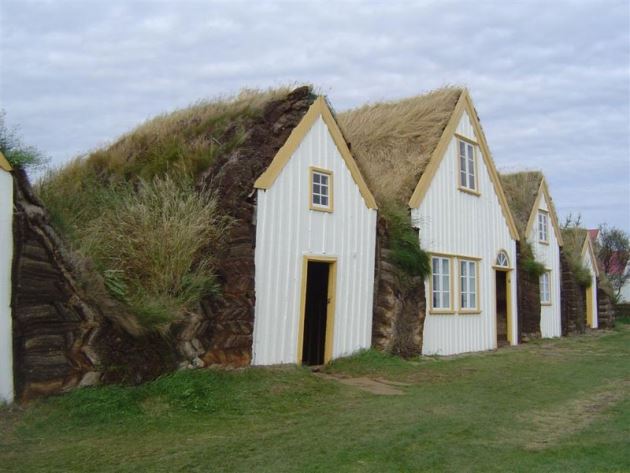 These homes have been built for over 1,000 years, though they are now dying out in favour of earthquake-proof little numbers. Homes were built in this way because timber was scarce on the island, as it was almost completely deforested when the settlers arrived. Frames could be made from the native birch tree but it wasn’t ideal for larger structures. However, there was plenty of turf available to fill in the gaps. A stone base was constructed on which the wooden frame sat, then the turf was inserted in blocks and a final grassy layer was put over the top. The turf insulated the home a treat, shielding inhabitants from the -30 degree winds of the winter. 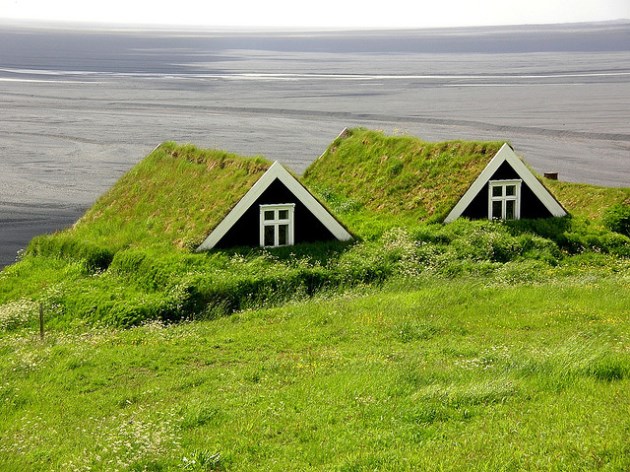 One of the odd things discovered about these homes is that toileting seemed to be a communal activity, with enough seats being provided for all inhabitants to do their ones and twos at the same time… Delightful! Icelanders are definitely people persons! 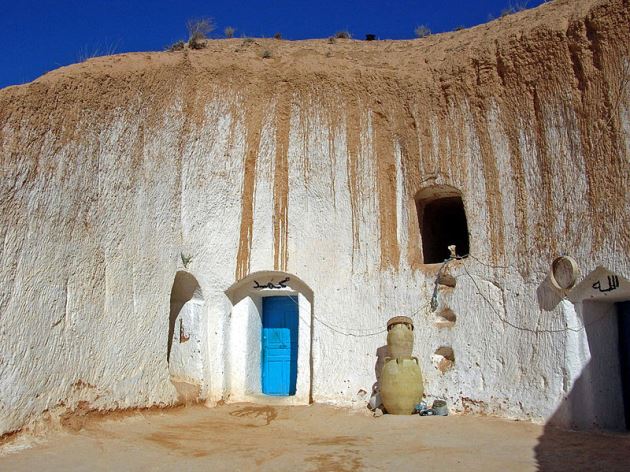 It’s not known how long these trog homes have existed for but it is thought that they have been around since ancient times. Tribespeople built their homes underground during a war, as invaders had been instructed to kill every human being in their path. In the dead of night, the tribe would creep out of their cave dwellings and attack the invaders – genius! 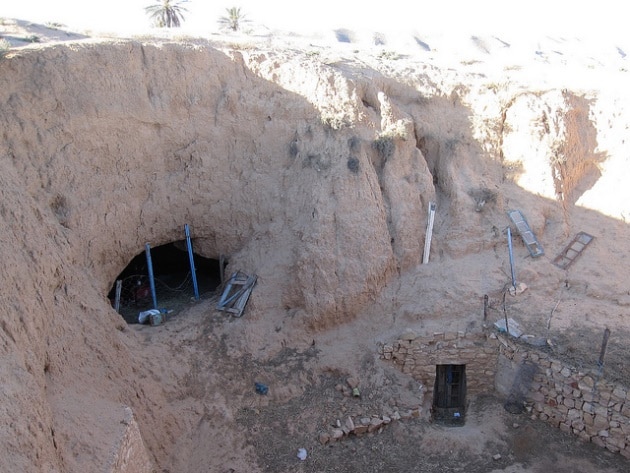 Believe it or not these homes weren’t discovered until 1967 – no one even knew they existed until then! It was only because heavy rainfall caused them to flood and collapse that the inhabitants were forced to ask for help. It was a bit of a surprise for the authorities but help was sent nonetheless. 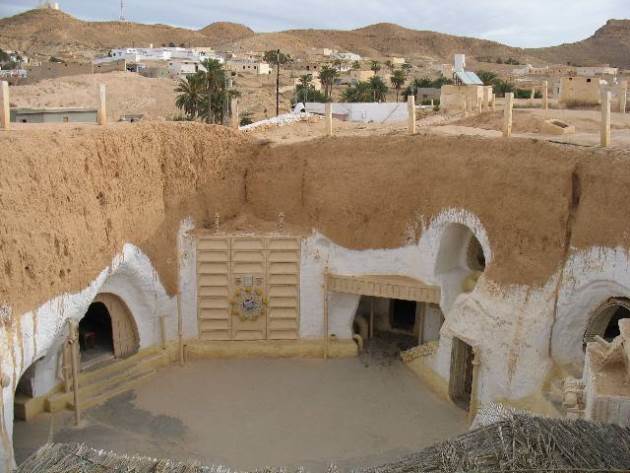 Nowadays, it is possible to visit these homes and even stay in a troglodyte hotel, which was used in the Star Wars films as Luke Skywalker’s home. If you do want to stay, you may find a few nutsy fans lurking around, or underground! 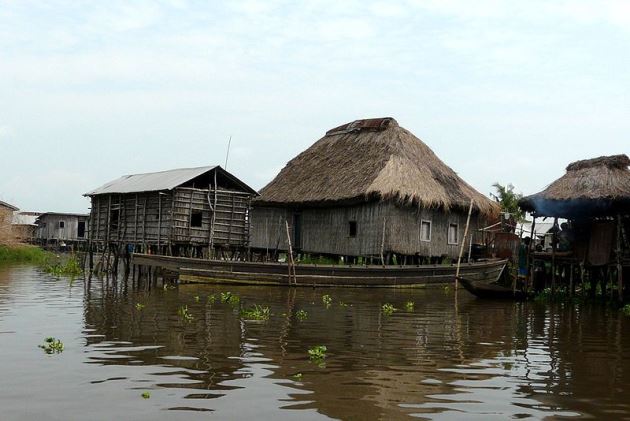 The Republic of Benin is situated in west Africa, and within Benin is a large lake – Ganvie. Ganvie is home to the largest lake village in Africa, housing around 30,000 people, which is a huge amount – they live on a lake, for goodness sake! 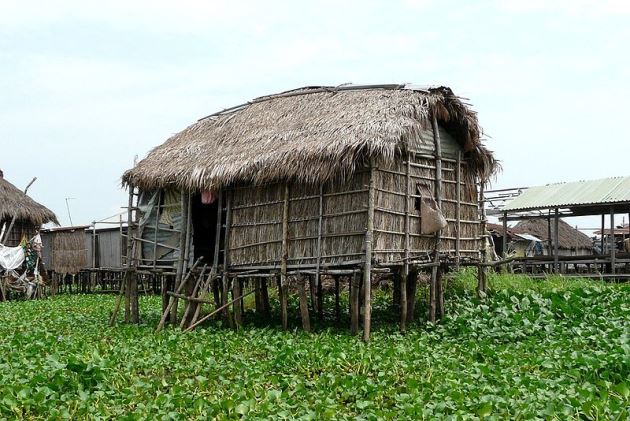 The reason for people living on a lake is actually quite a sad one – it was to avoid slavery. When the Portuguese arrived in the 16th century, to capture the natives for the slave trade, the Ganvie people discovered that their would-be captors’ religious beliefs meant they were forbidden to attack communities on water. So knowing this, they set about rebuilding their village ON the lake, not by it.

The only part of the village that is made up of dry land is the school and the cemetery. The rest of it is made up of around 3,000 stilted wooden buildings – homes and shops. Although the lake is not deep, it is many kilometres to the shore. There are no connections to and from the huts so canoe-like pirogues are used to get from one place to another, which seems very weird. Imagine having to boat over to your next-door neighbour, five metres away! 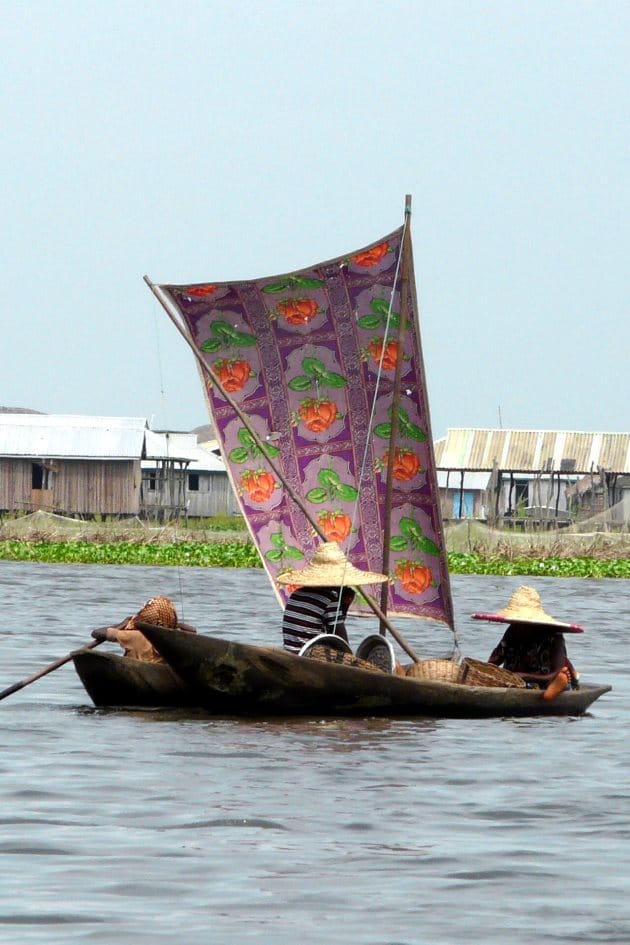 The Ganvie people, unsurprisingly, do a lot of fishing. They make “fish circles” out of foliage, net and bamboo. This is where small fish are kept protected so they can grow. After around nine months, the nest is closed and the fishy harvest is shared out between the people that created and maintained the circle. 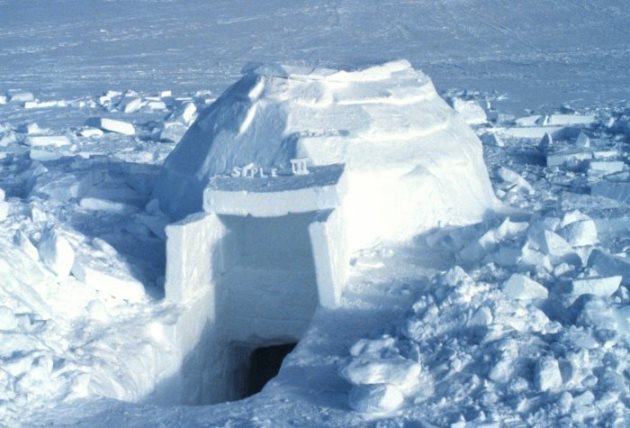 Or igloos, as they are more widely known. These are such fascinating homes – how can ice and snow keep you warm? But keep you warm they do… Well, warm-ish. 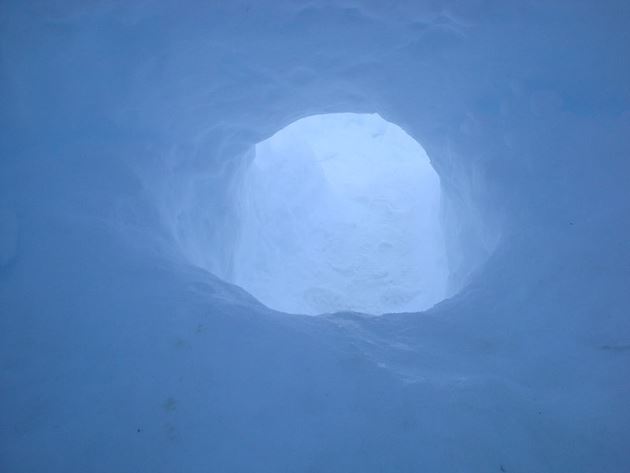 Seeing as there’s not that much that grows in Greenland (it’s ever so cold, you know), the most plentiful resource around is snow, so homes are not built of wood but of snow and ice. These temporary homes are used in the brutal winters to shelter hunters (the Inuit men) during their long trips away. 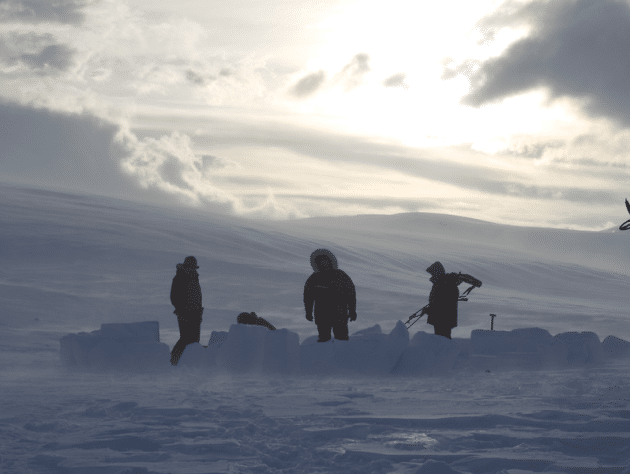 An igloo starts off being made of snow – not ice – but the snow has to be a very specific sort. It must be packed very tightly by winds, which means it can be cut easily into blocks. The blocks are positioned in a circle formation (leaving a space for the door) and are stacked up upon each other, getting progressively smaller. As you get higher up the wall, the blocks should overlap slightly and lean inwards to create the super strong dome shape. When you get right to the top you must cut a block specifically to fit the hole that is left. Always remember, you need to poke holes through the walls and ceiling to keep the igloo ventilated – without this you will end up with dangerous levels of carbon dioxide from the people breathing in there. I bet that’s a fact you never knew. Keep that in mind should you get stranded at the shops next winter, with two to three centimetres of snow outside.

The clever thing about igloos is that once they are occupied, the inside starts to thaw slightly. Then, when the Inuit men pop out for a seal or two, it freezes over again. Eventually the whole structure turns to ice, making it much stronger and warmer. Apparently, a well-made igloo, combined with body heat, can increase the outside temperature to up to 40 degrees… So if it’s -40 outside it will be 0 degrees inside. That still sounds flippin’ cold to me, but I suppose you are less likely to die! Cool, huh?