As human beings, we’re not very well suited to low temperatures: we shiver, bits of us shrivel up and, in extreme cases, we can even die from the cold. Luckily, as a species, we’ve found ways to cope with our biological shortcomings – if our skin doesn’t keep us warm, we’ll steal another animal’s skin and wear that instead. Sorted. (We also evolved things like holidays and travel insurance.)
Unlike us pathetic humans, there are plenty of creatures around the world who do just fine in chilly weather. These animals have all found ways of dealing with harsh conditions, whether that be by changing their behaviour or evolving their bodies. So, if you’re the type of person who started whining about the cold as soon as summer was over, spare a thought for these guys… 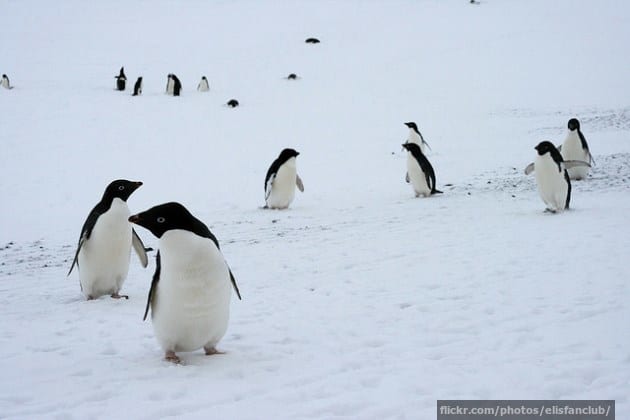 There are many species of bird that fly south for the winter, but penguins are not one of them – they can’t fly, for one thing, and they’re already about as south as it’s possible to get. 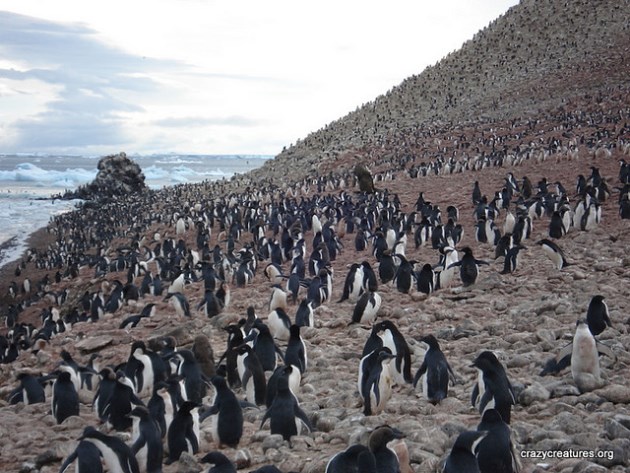 Penguins look and act as if they might be part fish, but they’re not. They spend most of their time in the water, where their superior swimming skills (and layer of insulating blubber) help them to keep warm. On land, groups of the birds huddle together, constantly rotating so that everyone gets a turn at being in the middle, surrounded by hot penguin bodies. 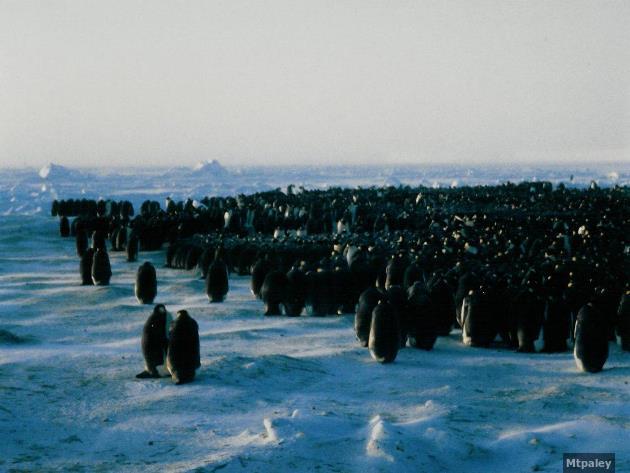 Perhaps unsurprisingly, there are a number of penguin species who have decided to live somewhere less icy than Antarctica. One of these, the Galapagos penguin, lives so far north that it’s almost at the equator. If I were a penguin I’d certainly want to be one of the ones living somewhere warmer, but I do think I’d feel a bit guilty about all the penguins who have to stay at the South Pole. 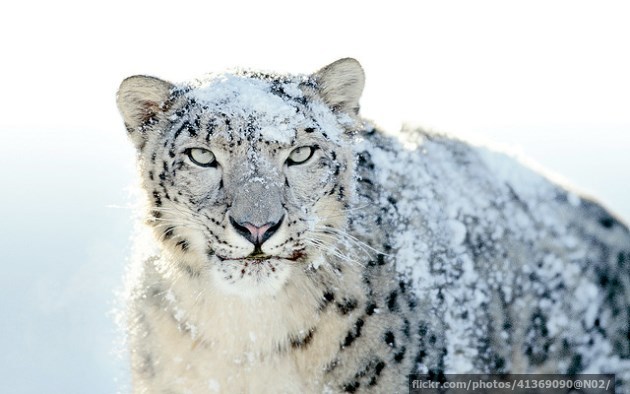 Living around the Himalayan region of central Asia, the snow leopard has had to find plenty of ways to stay warm (most of which involve being really furry). 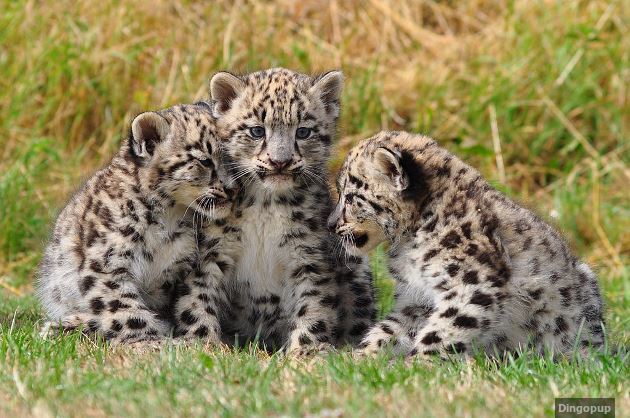 Snow leopard cubs are usually born in chilly caves but, generously, the mummy snow leopard lines their den with her own fur. It’s OK – she’s got plenty. Snow leopards also have particularly big tails, which they wrap around themselves to keep the warmth in (a bit like if you had a Snuggie permanently attached to your backside). 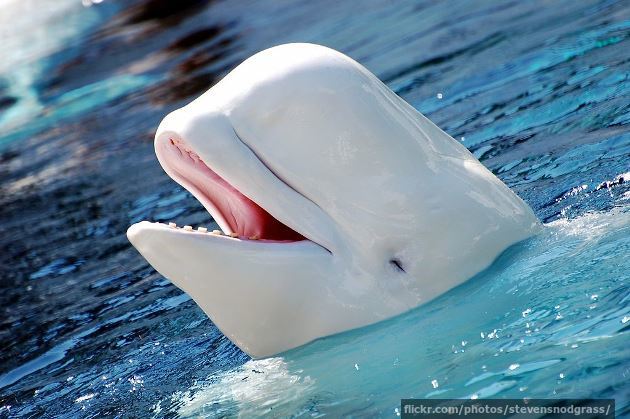 Beluga whales are completely white. While this might make them stand out among whale species, it helps them blend in with their icy habitat and camouflages them against predators. 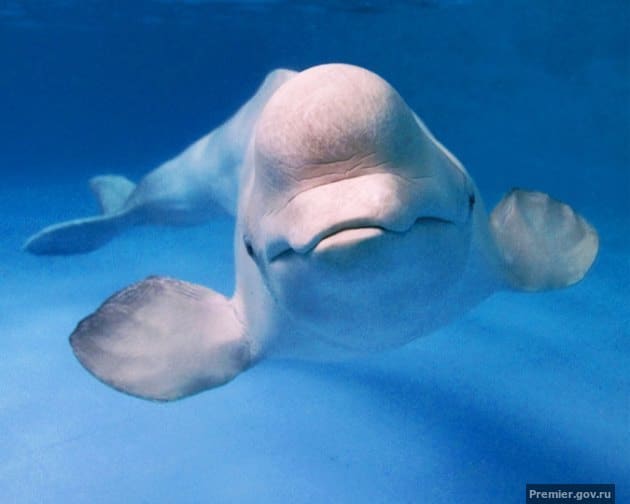 The main predators for beluga whales are killer whales (which makes sense) and polar bears (which doesn’t, really). I’d have thought it would be relatively easy for a whale to avoid a bear, but apparently it isn’t – polar bears will wait by holes in the ice and, when a beluga comes up for air, they’ll grab it, pull it out of the water and eat it. 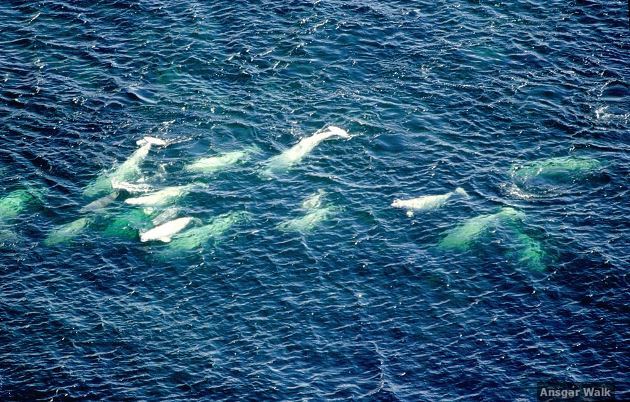 Beluga whales have an unusually broad vocal range and have been recorded trying to mimic human speech patterns. In addition to this, some researchers have been able to teach the whales to identify different objects and assign them a particular sound – a basic form of talking. If further progress is made in this area, it’s possible that one day we’ll be able to communicate fully with them (at which point they’ll probably ask for directions away from the Arctic). 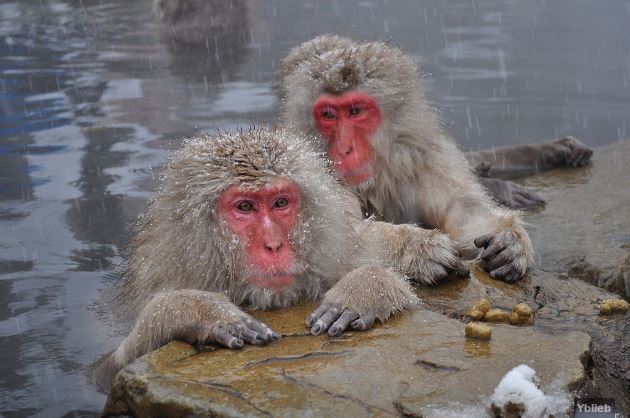 Sometimes called snow monkeys, these macaques live in the coldest climate of any (non-human) primate. And they like it! Japanese macaques have been seen rolling snowballs for fun, and spend a lot of their time bathing together in hot springs. 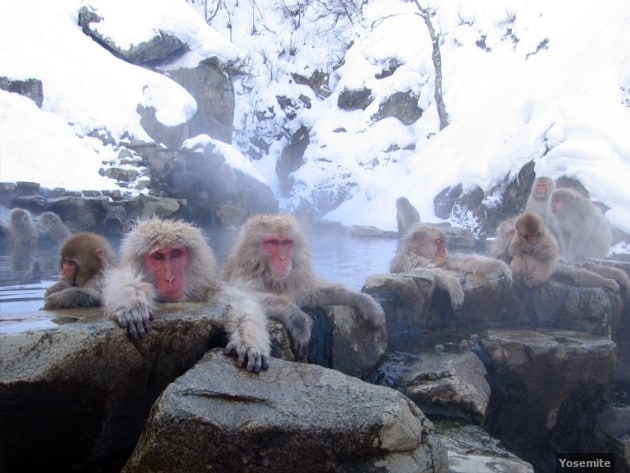 When the weather gets colder, the macaques’ fur increases in thickness to help keep them warm. Their fur is brown, but the monkeys have a red face and a red bottom (and so would you if you had it out in temperatures of around -20°C). 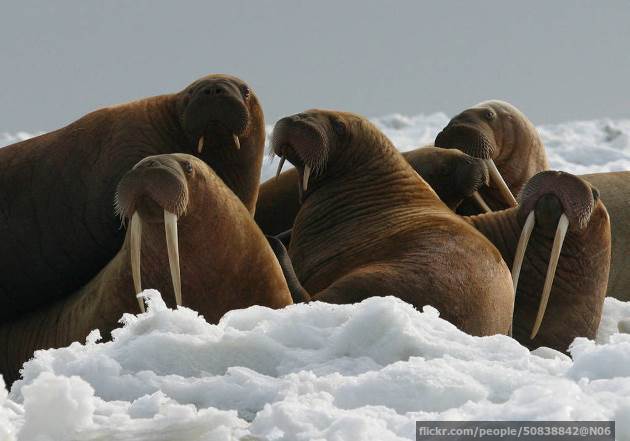 As with many coldwater marine mammals, walruses’ main strategy for dealing with low temperatures is to be massively fat. Luckily, they’re very good at it – they have a layer of blubber up to 15cm thick and the whole animal can weigh as much as 2,000kg. 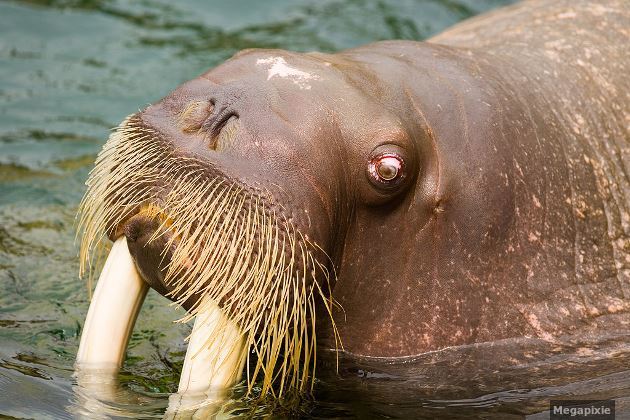 Despite their impressive moustaches, which I think deserve more recognition, it’s the walruses’ tusks that they’re most famous for. These extended teeth can reach up to a metre in length and are used for much more than just fighting and showing off (although they are used for those things too). Walruses use their tusks to break air holes in the ice, and they’re even strong enough to help the giant animals climb out of the sea.

Tardigrades | Live wherever they want 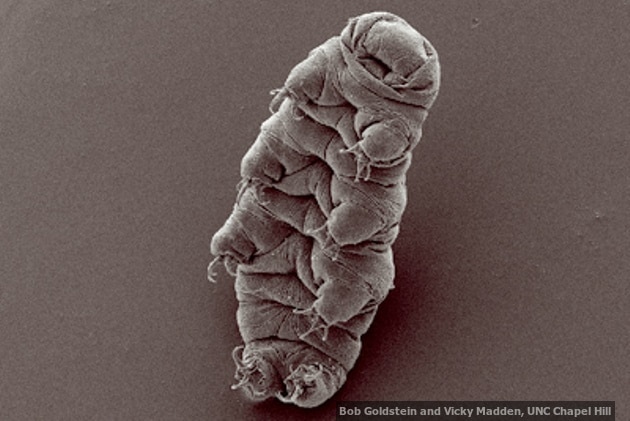 One of the toughest animals on the planet, tardigrades can survive for days at temperatures as low as -200°C. Rather than being a bacteria, or some other single-celled thingy, tardigrades grow to the (relatively huge) length of 1mm. They’re proper little animals – with legs and claws and everything – and they’re also known as waterbears, which is nice.
Tardigrades can survive at such low temperatures because they’re able to dehydrate themselves – by removing water from their bodies, the freezing process doesn’t damage them. The little waterbears can’t live in this dry state forever though – only for about 10 years.
Having proved tardigrades to be practically un-freezable, scientists wondered what other extreme conditions the species could withstand – and it turned out they could survive almost anything. They’ve been boiled, crushed and radiated; nothing seems to bother them. More recently, some tardigrades were fired into the empty vacuum of space (apparently in a final attempt to kill one), only for them to come back to Earth and carry on as if nothing had happened.