Say hello to my little friend! Quite literally… The Maratus volans is a species in the jumping spider family which belongs to the peacock spider genus. These spiders are so small they can barely be seen on a finger nail! As people say, small things come in big packages, which is certainly the case for this little guy. These cuties are found in Australia, so make sure you have travel insurance in place. 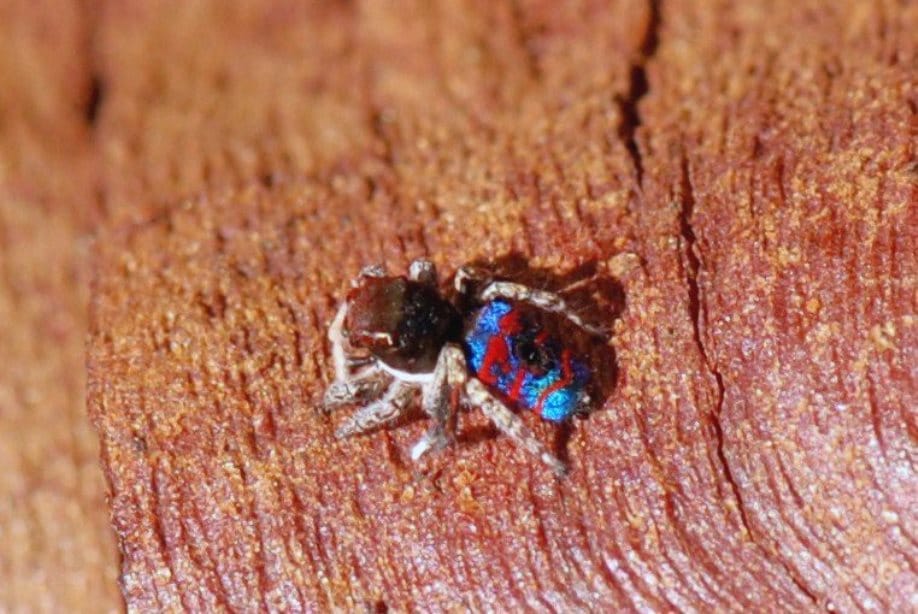 These spiders are possibly the most beautiful arachnids on the planet (well, that is my personal preference). Because they’re so small, they need to stand out from the crowd, especially when it comes to the lady spiders. The male peacock spiders use their pincers to indicate to the females that they’re in season. The female goes to the call of the male to see if he is a lucky candidate for her spouse. 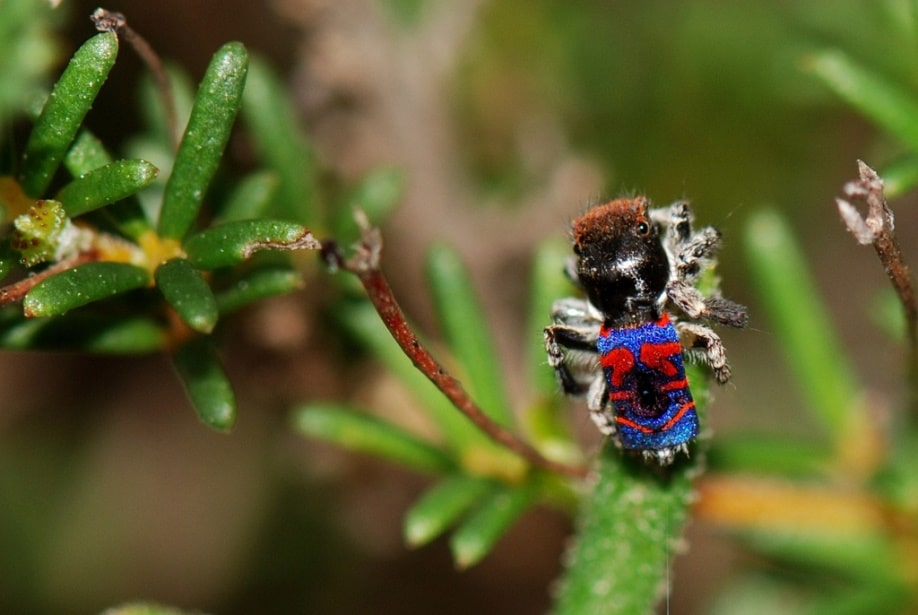 As part of the courting dance, the peacock spider raises his magnificent coloured legs in the air, which gives the peacock effect (hence the name). Once the male has gained the female’s attention, the real fun can begin. The male approaches the female, vibrating his abdomen while waving his raised legs and tail, and dancing from side to side. There’s nothing like shaking your tail feather…

Though a female may witness a male’s dance, she could already be carrying eggs or simply not be impressed. If the male continues his dance when the female is not interested, she will attempt to attack, kill, and feed on him. If the male is quick enough, he can use his ability to jump long distances to escape her. But if he’s not quick enough, he comes to a sorry end. This may also happen even if the female is interested and allows the male to mate with her.