A favourite of animal lovers everywhere and a great decoration for this year’s Hulaween party I’m hosting with my fiancée Chloë. They’ve graced the cover of one of our policy wording booklets for a few years now, featured in a few of our ads, and given hope to lanky people all over the world. But is there more to these long-legged birds than meets the eye? (I’m not suggesting they’re Transformers… or am I? No, I’m not.)

Birds of a feather 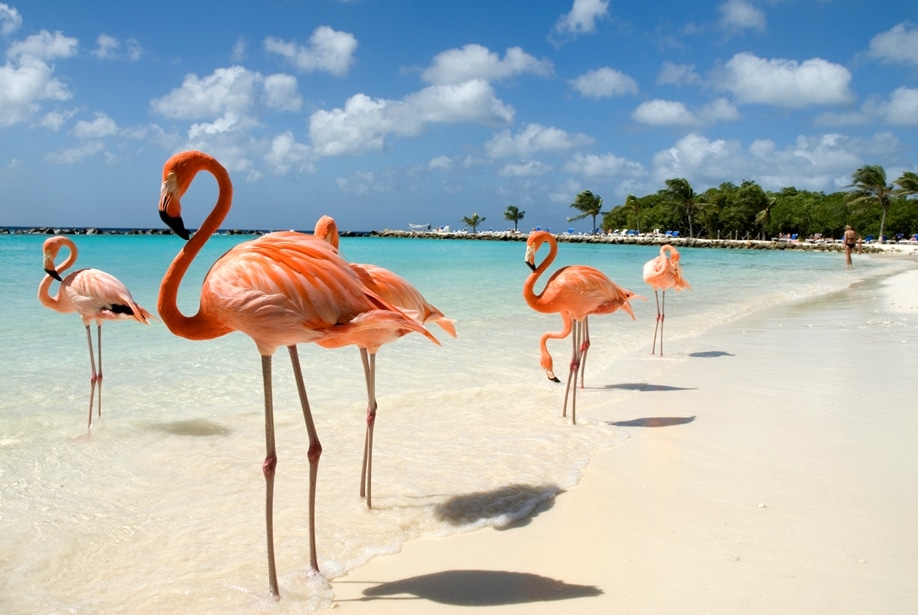 Now if you’d asked me before I’d started my research for this post, I’d have probably guessed there were maybe two or three species of flamingo. However there are currently six species, spread across the globe. In the Old World of Europe, Africa and Asia, we have the greater and lesser flamingos, which range from southern Europe, throughout Africa and in many locations in Asia. The greater flamingo is the most widespread of all species, while the lesser flamingo is the most numerous. 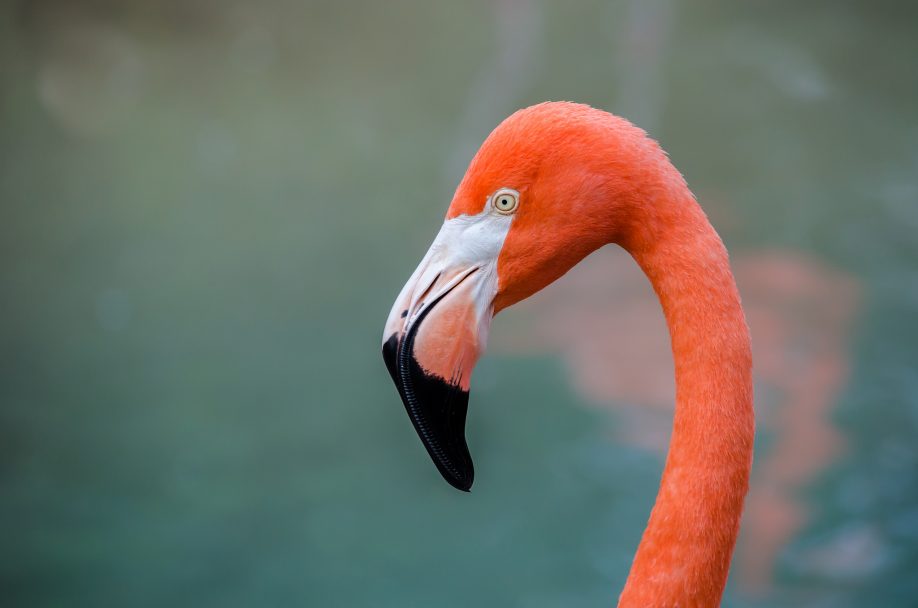 In the New World, however, they have four species of these gangly birds. The Chilean flamingo is found in temperate areas of South America. Both the James’s and Andean flamingos live high up in the Andes mountains of Peru, Chile, Bolivia and Argentina. And finally, the American flamingo, which is found throughout the Caribbean Islands, Mexico, Belize and the Galapagos Islands. Wherever you’re heading for your flamingo spotting trip, make sure you have the right travel insurance. 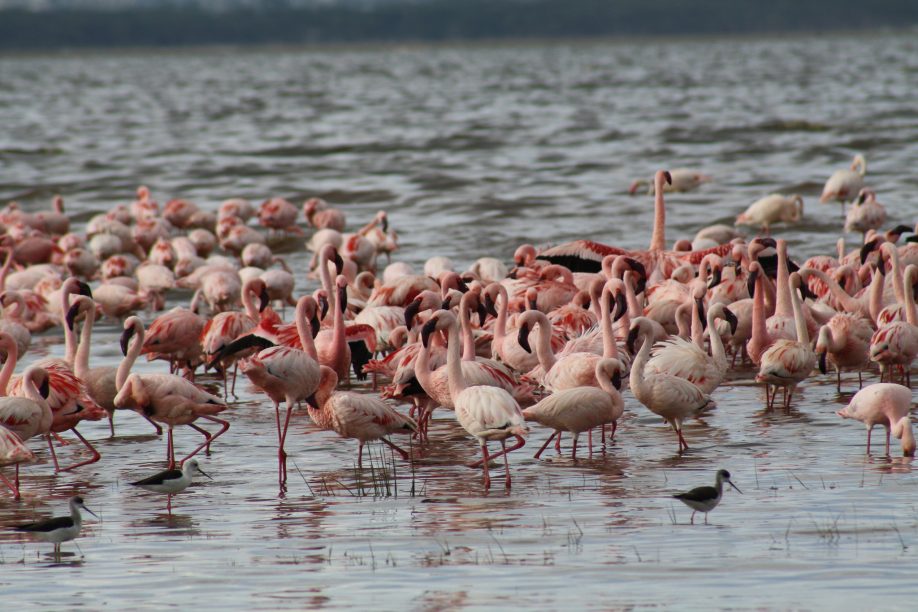 Recent research has also shown that flamingos have a very close relative which lives a tad closer to Blighty. Yes, the humble grebe, found all over Europe shares at least eleven morphological traits with flamingos, none of which are found in other birds. Until recently, both flamingos and grebes were considered waterfowl. They are now considered to be in the same family as doves, sandgrouse, and mesites. 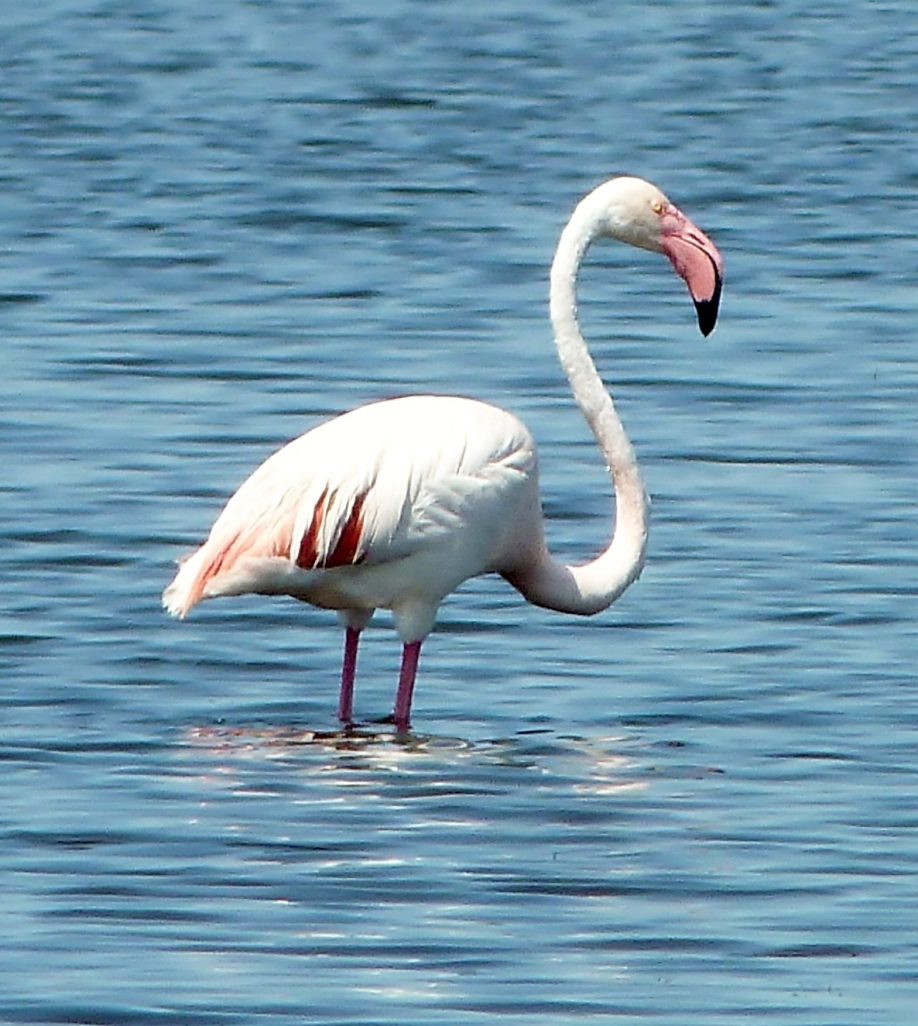 As most of you are probably aware, flamingos are pink in colour. Hardly a groundbreaking piece of information, I’ll grant you, but it’s always good to make sure we’re all on the same page. The birds get this colouration from their diet of plankton and blue-green algae (blue-green algae contain carotenoids, which is a natural pink dye – don’t ask me why the algae isn’t pink too, though). Flamingos who don’t manage to eat enough will appear white, and will actually hold off on breeding if they are not able to provide enough food for themselves. 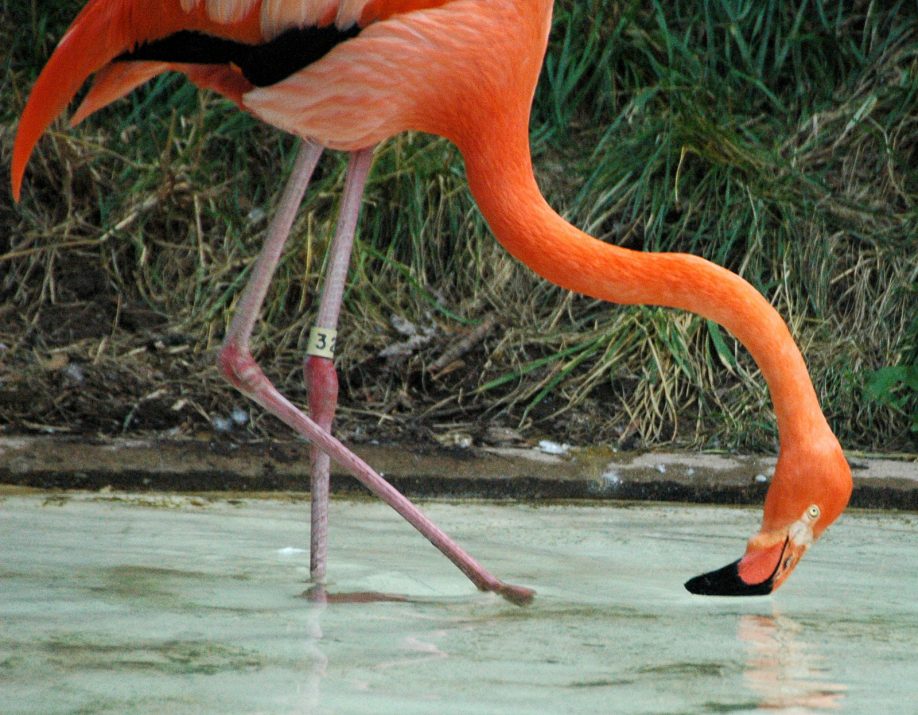 Interestingly, flamingos use their beaks upside down, to filter the tiny morsels of food from the water. 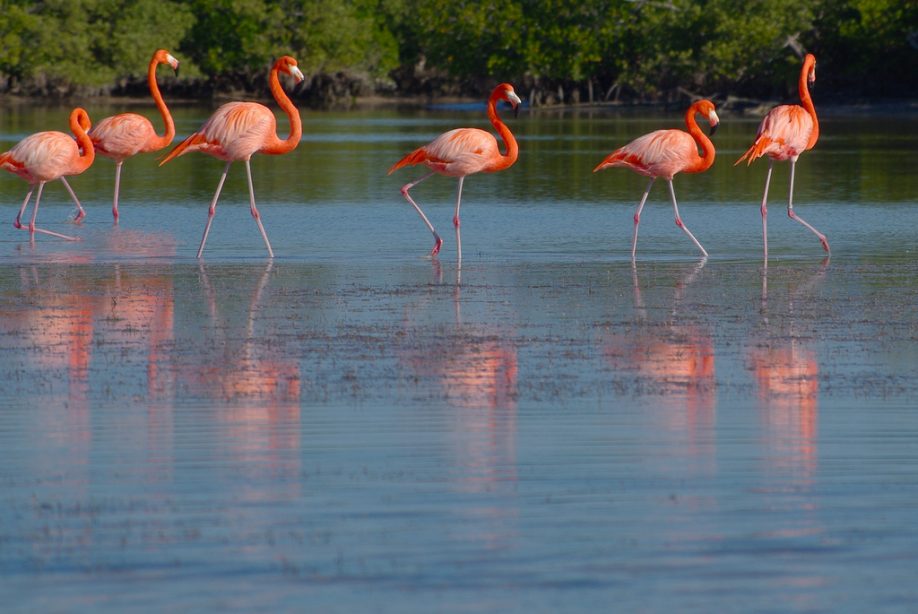 When I fancy lovely tasty, fresh seafood, I just take a nice stroll along the seafront to the Leigh-on-Sea cockle sheds and eat my fill of small mollusc (with plenty of vinegar, of course). But that’s too easy for flamingos, apparently. Instead, vast pink hordes of the beasts fill the skies above Africa’s Rift Valley throughout the year, moving from lake to lake to hoover up as much food as they can, on a huge culinary tour. There’s no word on whether they take any vinegar with them, though.

Those flamingos found in Europe will often head south for the winter, but if the season is warmer than usual they won’t bother to waste energy on the journey and will simply stick it out.

Which makes sense. Why bother flapping your wings for hundreds of miles if it’s warm enough in Spain?