Now this may come as a surprise to a few of you but I’m something of a fan of metal music (and travel insurance obviously). Many an hour was spent in my youth, head banging along to the likes of Pantera, Megadeth and Iron Maiden. I still listen to them, but head banging isn’t as fun when you’ve got short hair, and it makes my back hurt after a while these days (oh, the horrors of turning 30). 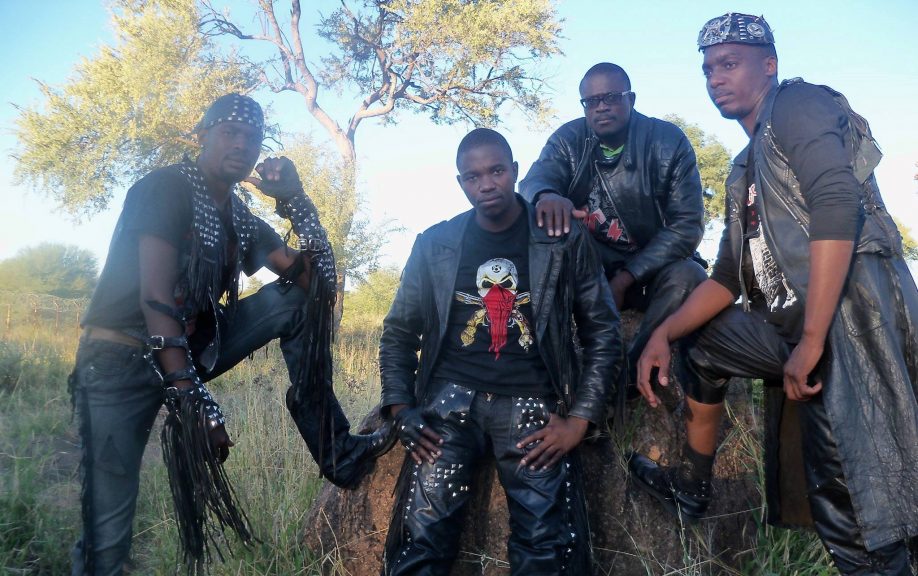 And while I used to (and often still do) wear black t-shirts, heavy boots and jeans, I’ve since ditched the five-foot of chain hanging from them (for some reason). But I never did it under the boiling African sun like the members of the increasingly popular sub-culture of heavy metal cowboys from Botswana.

Looking like they’ve walked off the set of the original Mad Max films, these music fans seemingly ignore the baking African heat to wear thick leather jackets and trousers, massive boots and cowboy hats. This fusion of metal head and lone rider began in the 70s and has evolved in the following decades. The men and women who dress this way are usually competing to look the most hardcore or brutal, and earn themselves some serious cool points for it (Figuratively. anyway. It’s probably pretty warm in these get-ups.)

Despite looking a little like a roving group of bandits, there’s actually a great sense of community and camaraderie involved, and they’re often tailed by groups of awe-filled children.

Naturally they also attend the concerts of the touring African metal bands, such as Skinflint and Sasamaso and probably have a pretty good time while they’re at it.

And it’s spreading. There are burgeoning metal scenes in Kenya and Uganda. So next time you’re moshing your heart out, spare a thought for these amazing music fans. Now if you’ll excuse me, I need to nip to B&Q to get some chain and a milliner to get myself a black leather cowboy hat.