No, it’s not the offspring of a celebrity. It’s a pretty cool illusion that takes place when temperatures are also pretty cool – well, actually, very cool. Cold, in fact. Freezing cold. 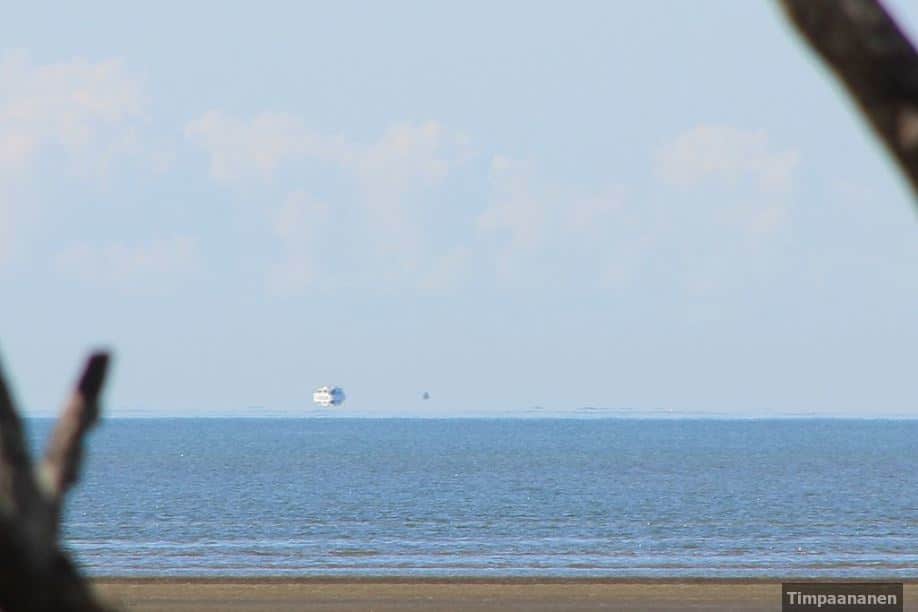 Fata means “fairy” in Latin and Morgana is the sorceress from the tale of King Arthur… so far so magical. This optical illusion can take place in varying conditions but tends to happen in the Arctic. This is because the Arctic is magical. It’s where Santa lives after all. (I wonder what Santa’s travel insurance policy looks like?)

A scientist would say, however, that it’s because the conditions there are ripe for a good illusion (I’m paraphrasing here…). Microscopic ice crystals are suspended in the air because it is so cold, and these crystals change how light (and sound) travel over distances. 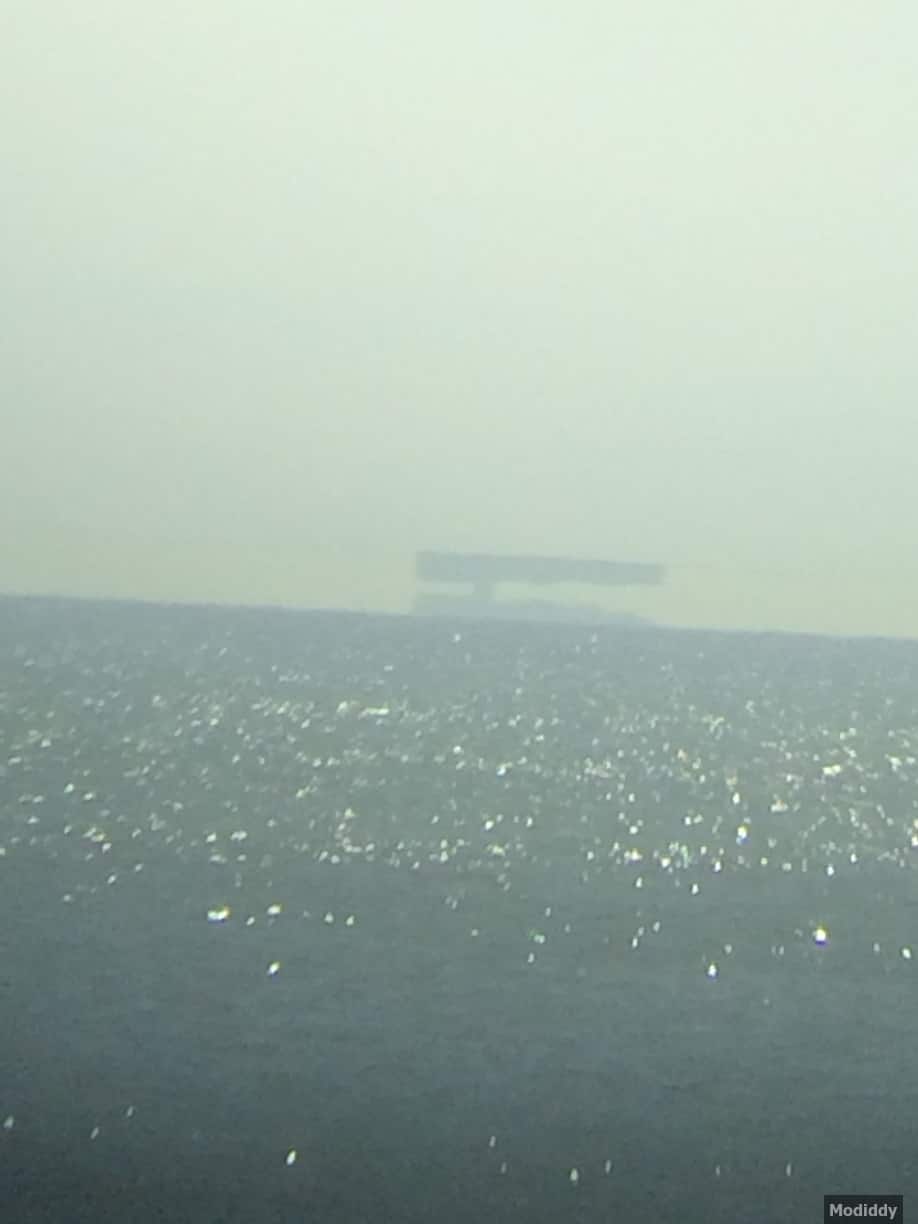 A Fata Morgana illusion is a mirage that makes distant objects look distorted, stretched or elongated, stacked on top of each other, or even as if they are floating in mid-air. For example, a fairly flat coastline may appear to have cliffs and rocky columns. This was exactly the illusion British explorer John Ross saw in 1818. He entered Lancaster Sound (a passage of water in the Arctic between the Canadian islands) and saw mountains blocking his route, so sailed no further and named the mountains (Coker Mountains… Not what I would have chosen). 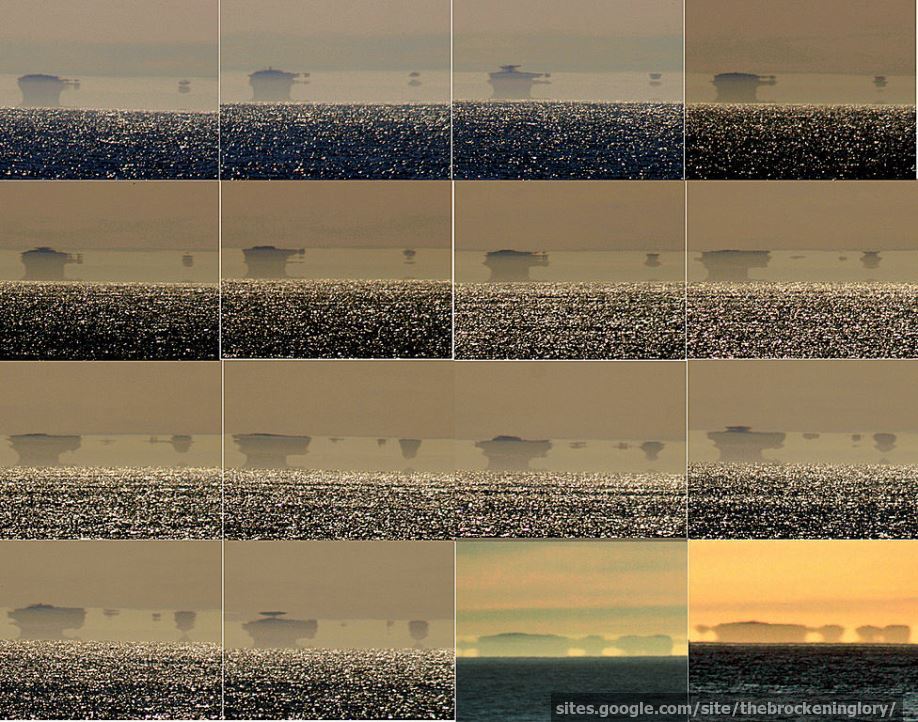 Later expeditions however, found no such mountains; Ross had seen a Fata Morgana illusion! There is even a theory that this illusion played a part in the sinking of the Titanic. It’s possible that the iceberg looked much further away, much smaller, or as if it was hidden behind an imaginary wall of water. 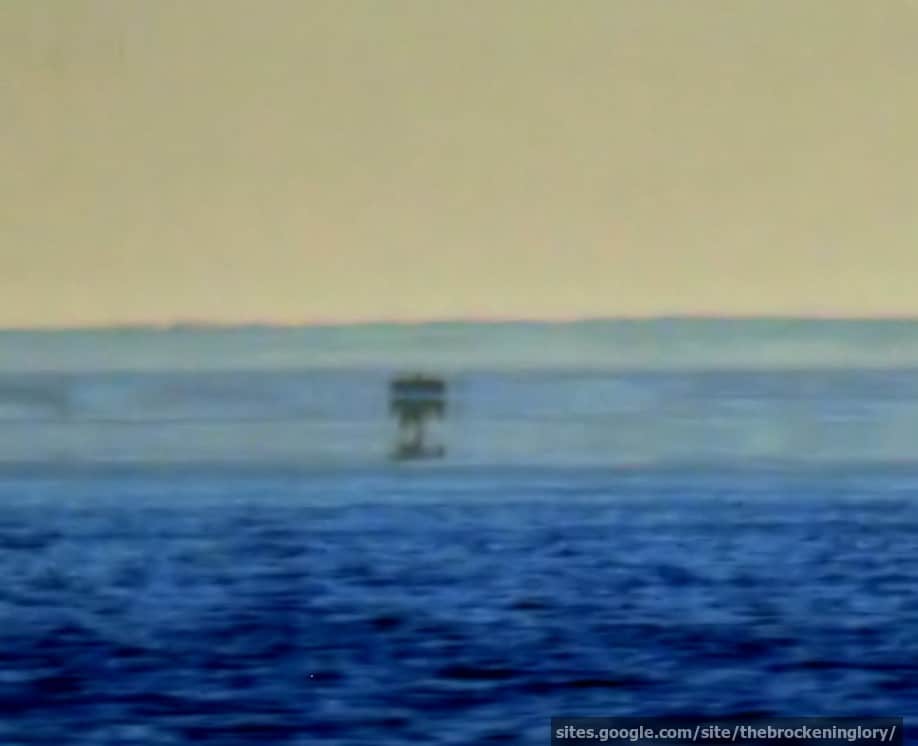 The illusion takes place when there is a thermal inversion. Usually, air is warmer closer to the Earth’s surface and it starts to get colder the higher up it rises. For the illusion to take place, this needs to be reversed, so the warmer air is on top of the colder air. (So, over a large expanse of polar ice would make sense.) 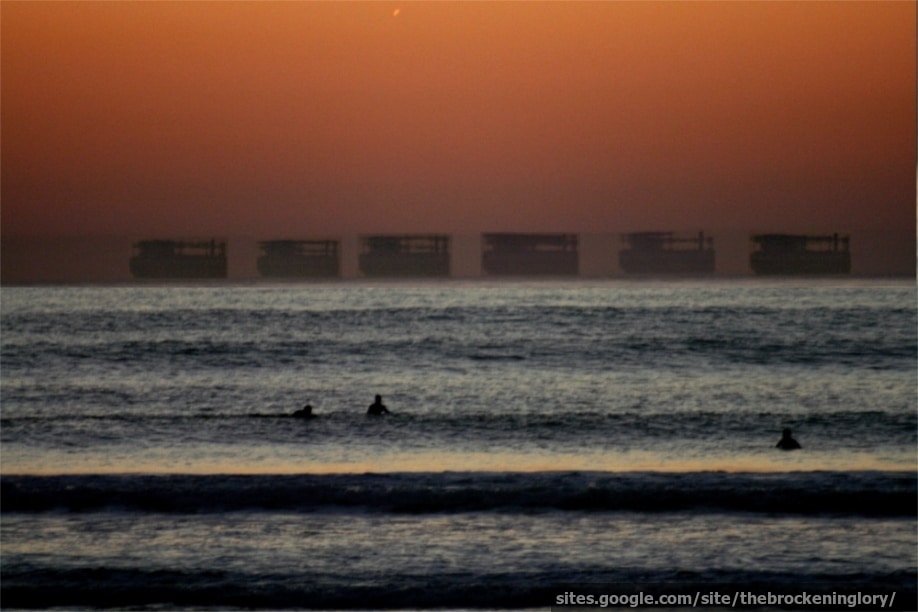 There also needs to be an atmospheric duct and the viewer needs to be in that duct or below it. Wikipedia says:

[A]n atmospheric duct is a horizontal layer in the lower atmosphere in which the vertical refractive index gradients are such that radio signals (and light waves) (a) are guided or ducted, (b) tend to follow the curvature of the Earth, and (c) experience less attenuation in the ducts than they would if the ducts were not present. 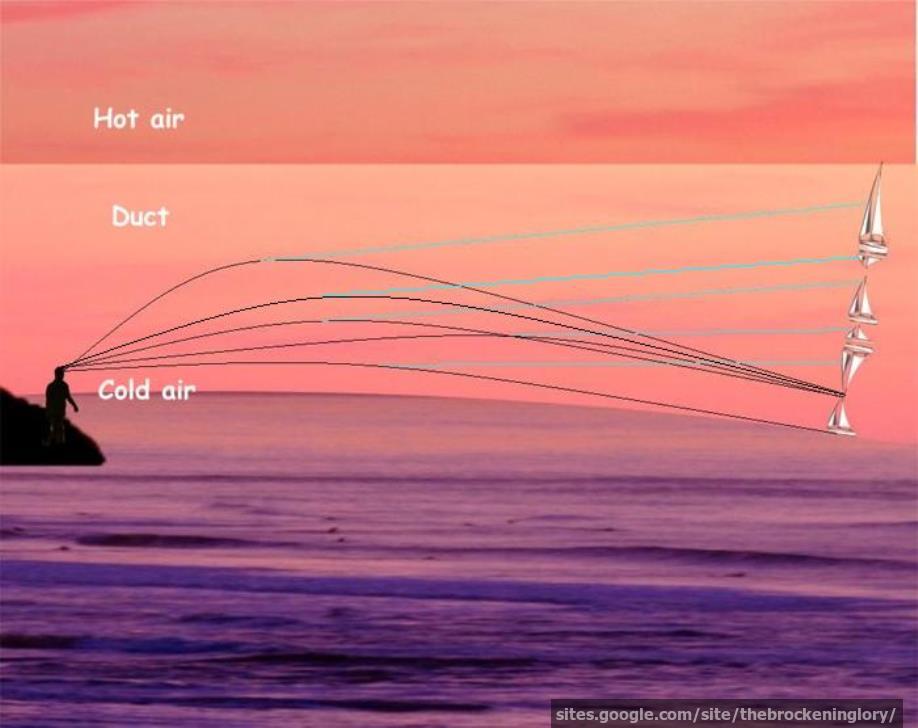 These differences in temperatures bend light and distort the way we see things. Depending on the conditions, a Fata Morgana illusion can look like it’s rapidly moving and changing.