Home » Blog » Ryugyong Hotel: Is this the world’s strangest hotel?

Whenever I see pictures of this building, the first thing that comes to mind is “who the hell dreamt this up?!” Although, seeing as this modern-day pyramid is the product of the secretive North Korean government, I must accept that my question will forever go unanswered. 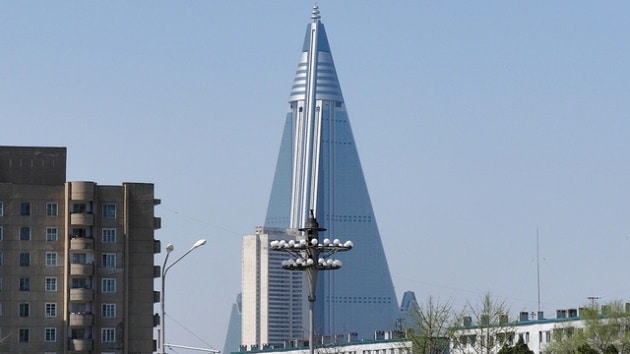 The building in question is the Ryugyong Hotel, in the North Korean capital of Pyongyang. Amazingly, construction began in 1987, but 26 years later it still remains unfinished. The plan was for it to be the world’s biggest hotel with over 7,000 rooms, complete with six revolving restaurants on the top floors. 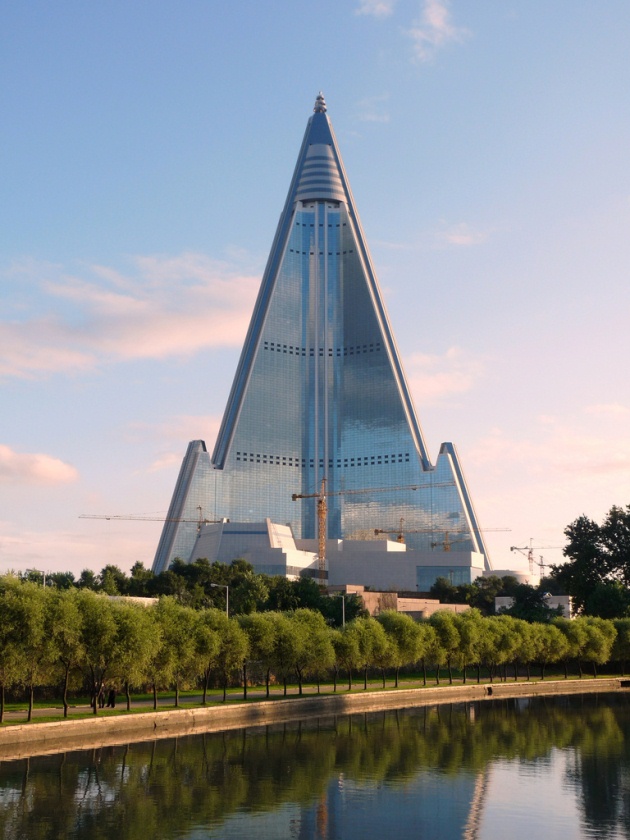 It seems the hotel was the result of good old-fashioned cold war rivalry. Russia sent a man into space, so the Americans sent a man to the moon; South Korea built the world’s tallest hotel, so North Korea set out to build the world’s strangest building… a logical response, of course! 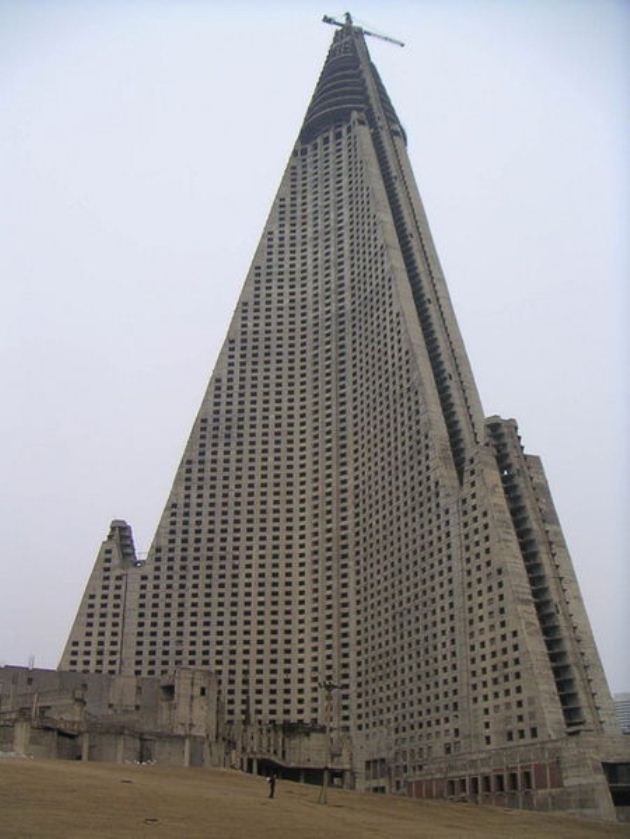 However, construction grounded to a halt in 1992 when money ran out due to the fall of the Soviet Union. Throughout this time, the building was just a concrete shell, but thanks to a foreign investor, work again resumed in 2008. 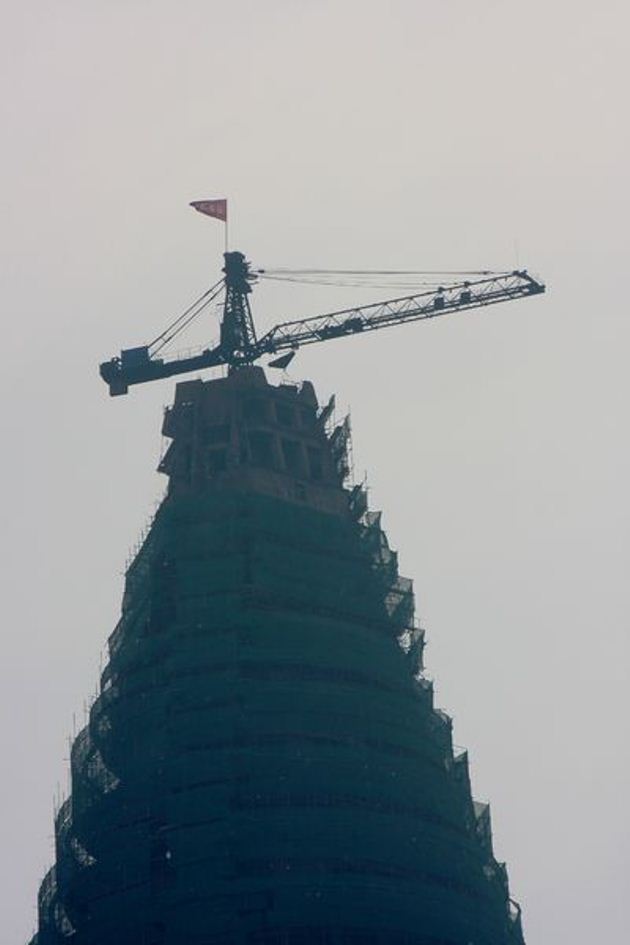 The design has come in for some flak from foreign observers, with some dubbing it the “Ugliest Building in the World” and the “Hotel of Doom”, but I have to say I’m a big fan and it sure beats your average Travelodge. So worry not, Ryugyong – you’re not ugly, rather just misunderstood! 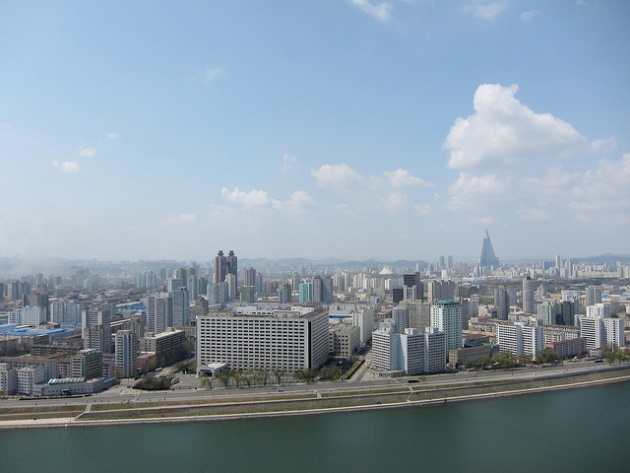 But things are now looking up for the “Hotel of Doom”, as it’s on track for a partial opening this summer. So if you’re sick of soulless hotels and you can work your way through the bureaucratic rigmarole of obtaining a North Korean visa, why not consider booking a room at the Ryugyong? Just don’t forget your travel insurance. 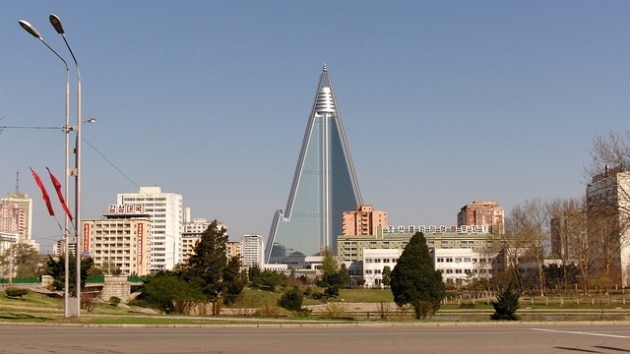 Or if you’re looking for a cheaper alternative, you could always travel to London and pay the comparatively cheaper £35 entrance fee to visit the Shard’s viewing gallery. I think you’ll agree that the two skyscrapers are dead ringers. 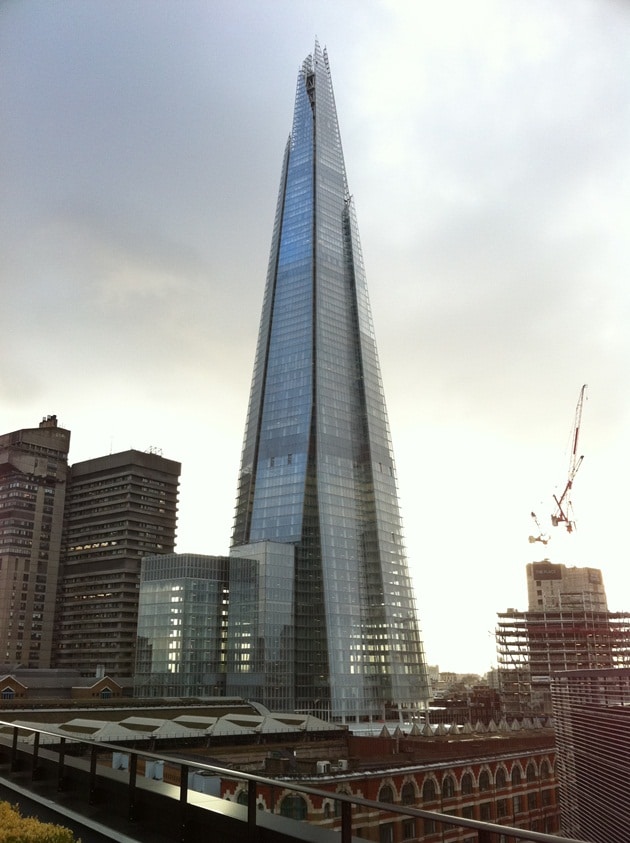